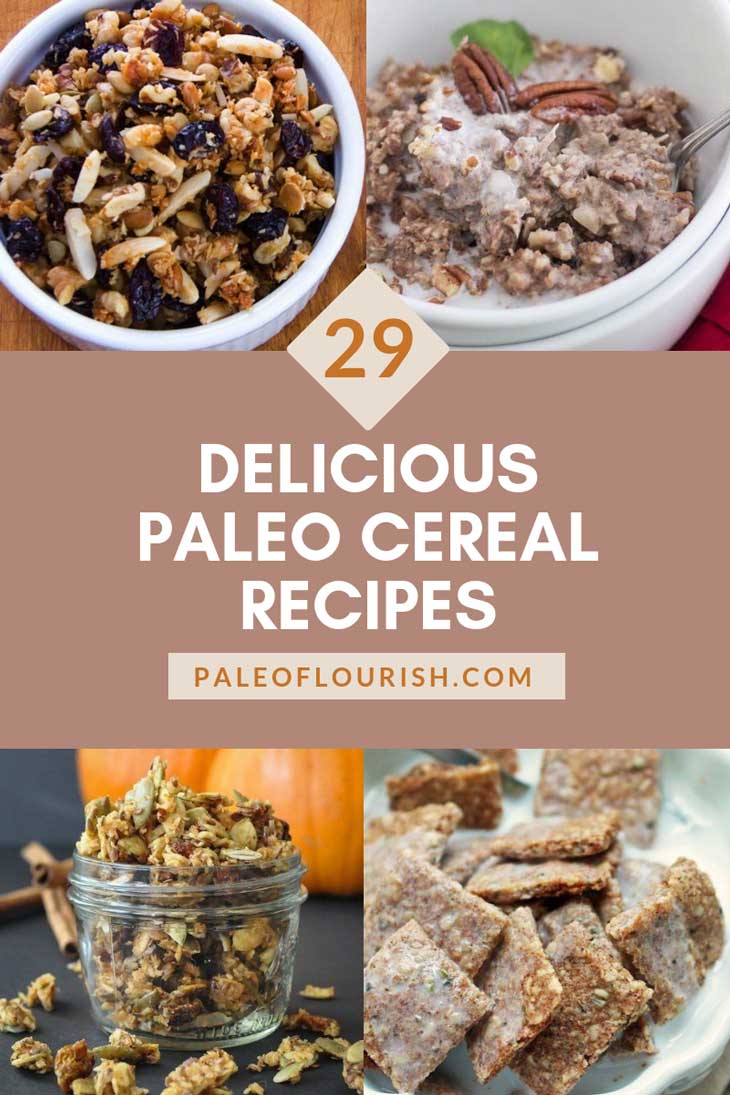 While I truly enjoyed the egg, bacon and spinach scramble I had for breakfast this morning, I certainly tire of savory breakfasts if I eat them too many days in a row. The alternative is often a fruit salad, but this really doesn’t do much to satiate my hunger so it ends up coming back sooner than I’d prefer.

While corn flakes and traditional granola don’t cut it for those trying to start or stay Paleo, there are plenty of deliciously nutty cereal alternatives that are OK to eat and will give you that cereal fix when you need to change things up a bit. Even better, these Paleo cereal recipes can usually be topped with my sweet and healthy fruit salads, resulting in a filling breakfast that isn’t just like the same old omelet. Check out this great list of Paleo cereal recipes and bookmark this page so you can come back to try all our favorites! 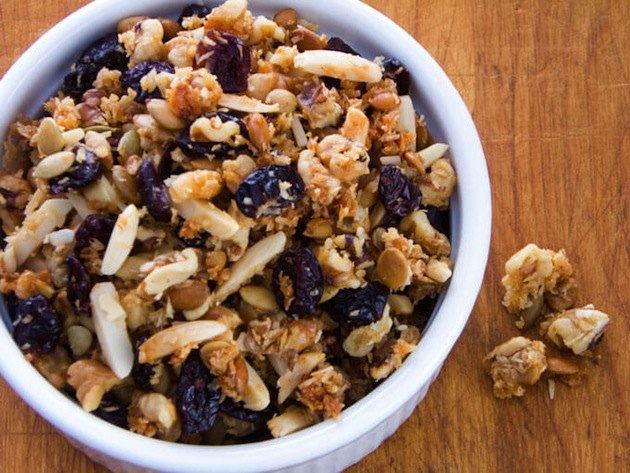 This is a really simple and Paleo-friendly granola recipe with nuts, cranberries and “pepitas” (aka pumpkin seeds). (Photo credit: Lisa of Cook Eat Paleo.) 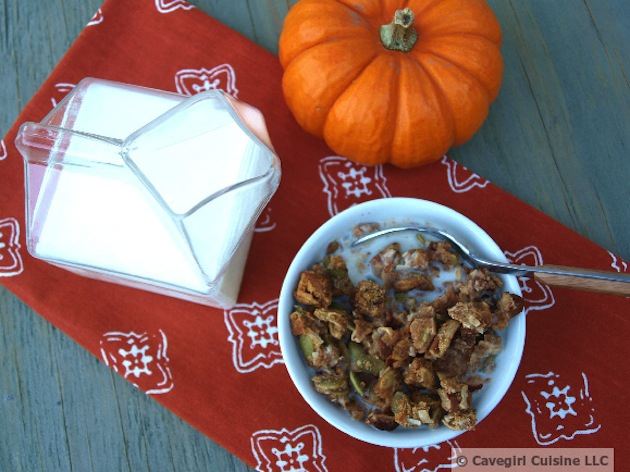 Great for pumpkin fans, this includes puree and tasty pumpkin pie spice, as well as yummy dates to sweeten it up, and healthy almond butter for a great texture. (Photo credit: Michelle from Cavegirl Cuisine.) 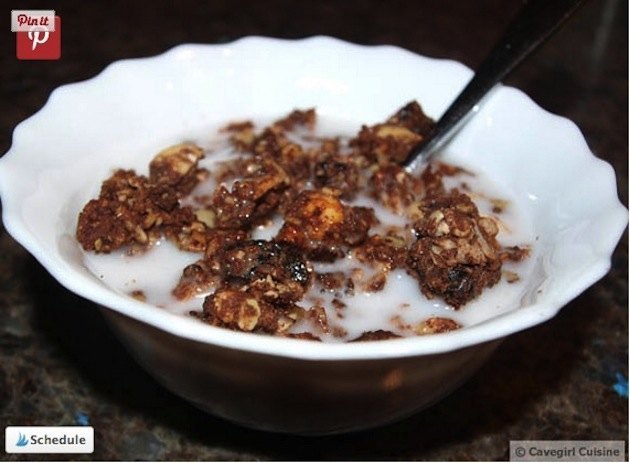 Nothing says decadence like chocolate for breakfast. Yet this cereal manages to keep it surprisingly healthy! (Photo credit: Michelle from Cavegirl Cuisine.) 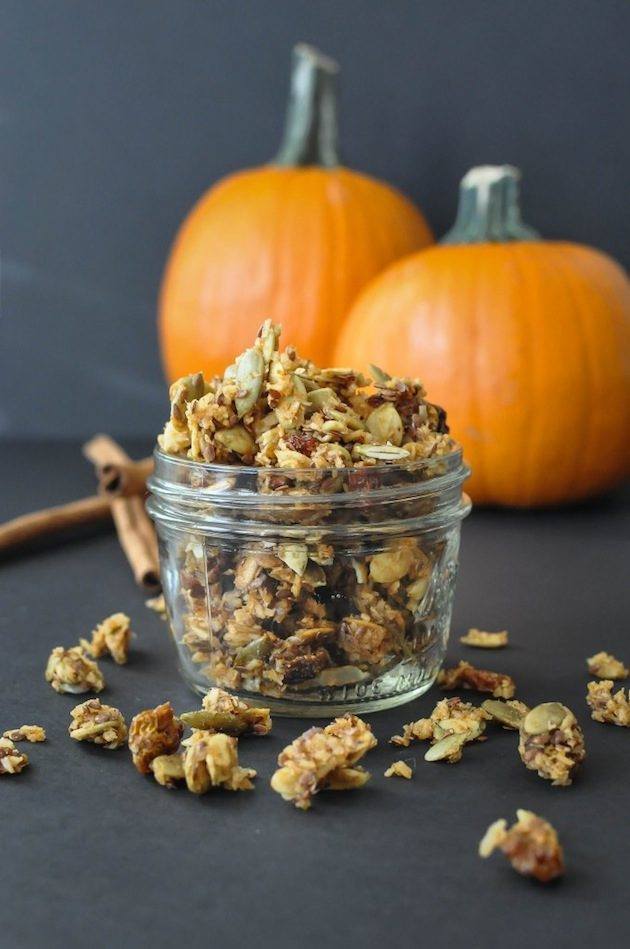 Another great option for pumpkin-lovers, these are actually cereal bars that you can make ahead of time and have on hand for an on-the-go snack, every day of the week! (Photo credit: Cassy Joy of Fed & Fit.) 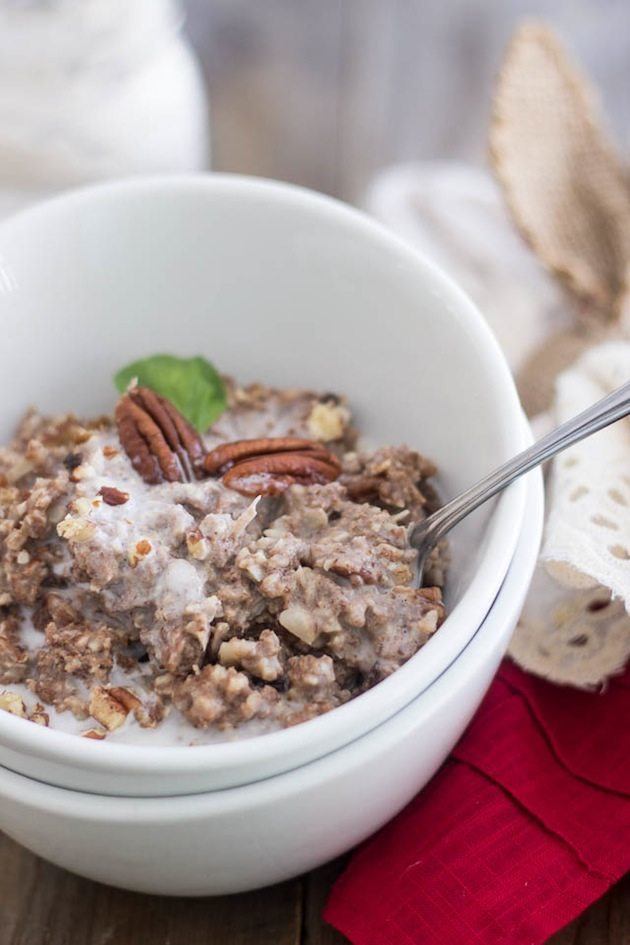 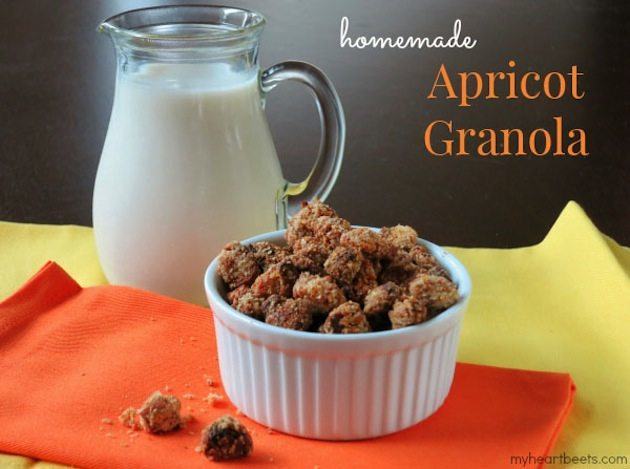 A very easy recipe with only six ingredients, it also stands out because the ground cardamom gives it that Indian flare that I love so much! (Photo credit: Ashley from My Heart Beets.) 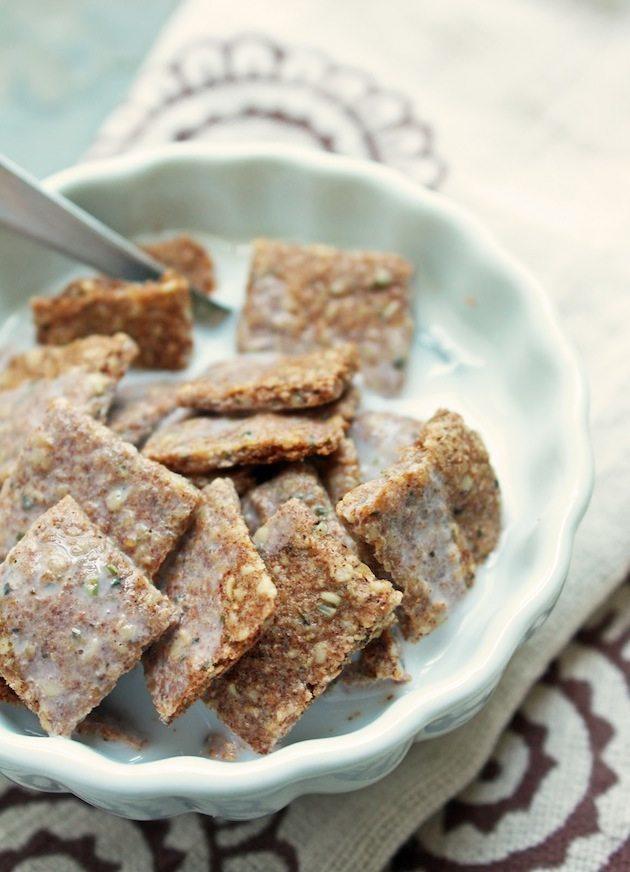 If you’re trying to get your picky kids to eat Paleo, this cereal is the sneakiest on the list. They look so much like Cinnamon Crunch, but are much healthier! (Photo credit: Melissa of I Breathe… I’m Hungry.)

This delicious cereal uses a mix of healthy nuts, apricot and cooking apples for a healthy breakfast or sweet afternoon snack.

Another great cereal with diced apples, this one doesn’t take much effort and is light on ingredients.

This Paleo cereal recipe is more like porridge. Macadamia nuts and walnuts are warmed up in a mix with coconut milk, almond milk, and more!

Here are 2 great Paleo cereal recipes from our site. 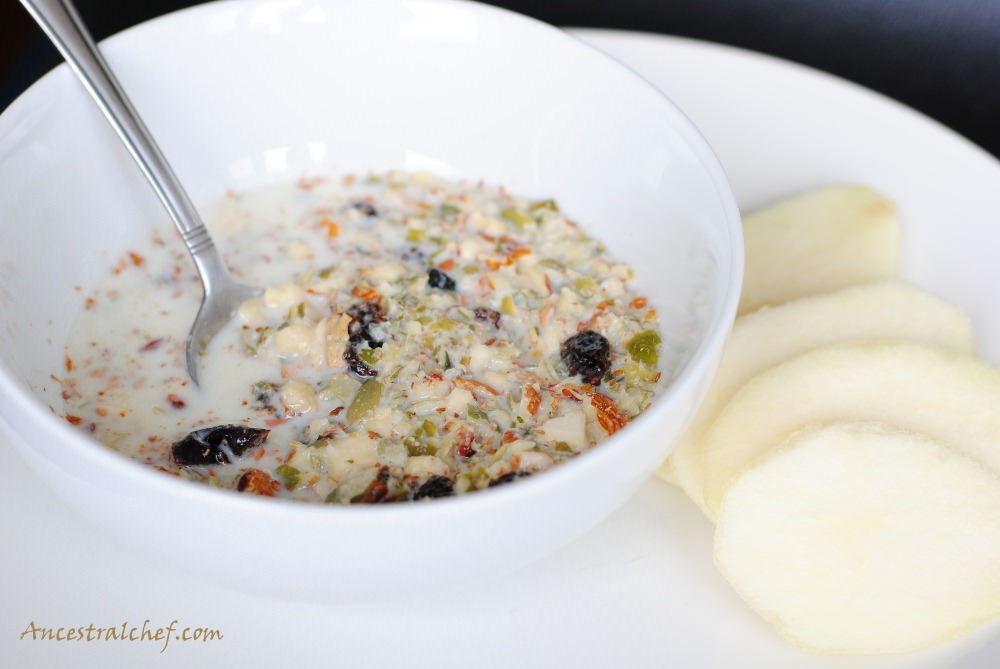 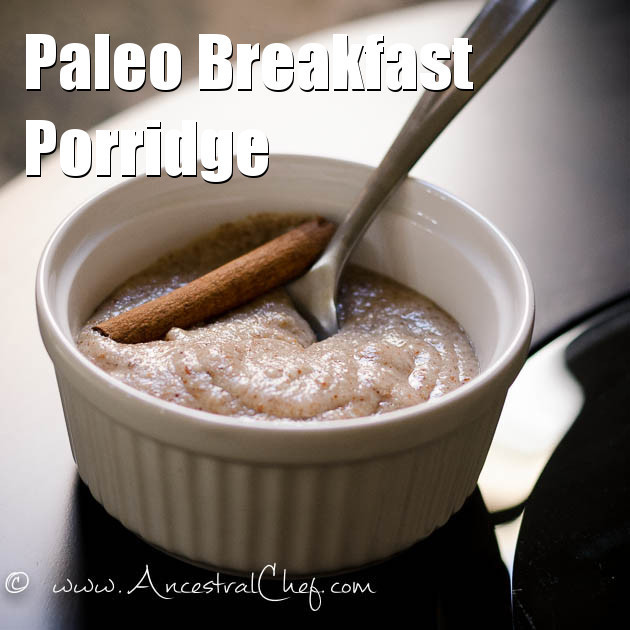