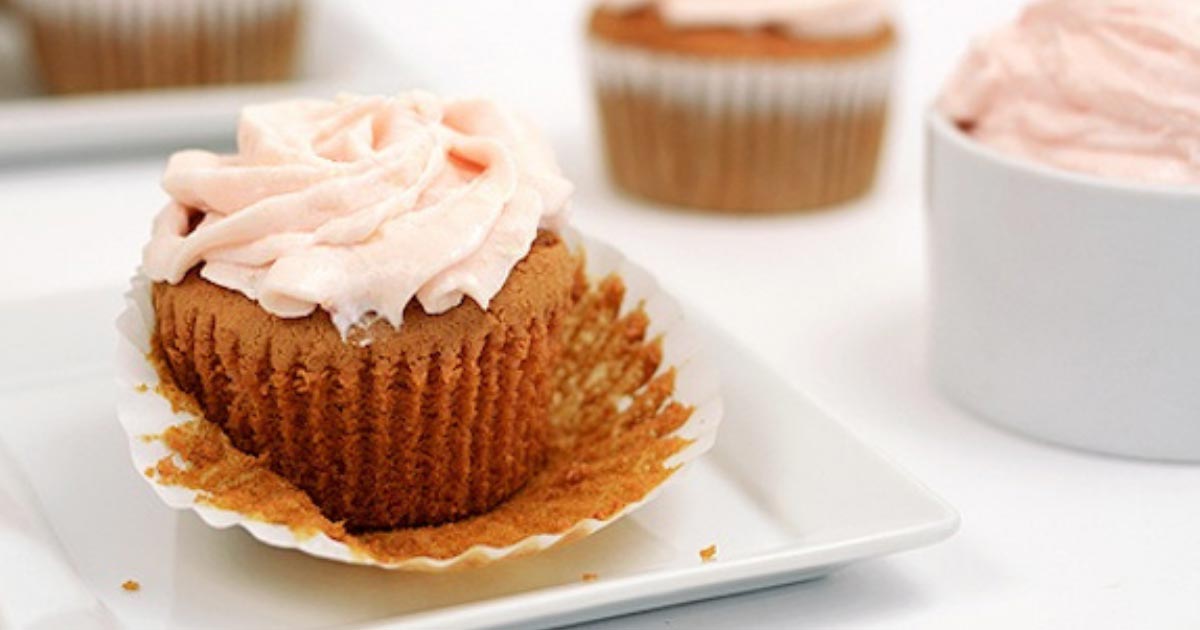 Get out your cupcake trays everyone, because it’s time to put them to good use!

When I was a kid, Spring was always “birthday season” at my school. I don’t know why we had so many March and April birthdays, but we did! I once tried to bring cookies from my favorite bakery and was given a lot of flak by my fellow students for not bringing regular old cupcakes like everyone else. I wanted to stand out! But it ended up backfiring.

If cupcakes are the traditional fare at your kids’ school, either for birthdays or for a bake sale, we have plenty of Paleo-friendly options here. Or if you don’t have kids and just love baking Paleo treats to share with your loved ones, try some of these delish Paleo cupcake recipes this weekend!

This delicious cupcake recipe is perfect for vanilla lovers. Becky uses real vanilla bean – which can be pricey, but luckily a little goes a long way – to make these unique vanilla cupcakes. The recipe also uses coconut oil and honey as a sweetener, and is very straightforward and easy to follow. The icing is a beautiful blend of cocoa and coffee, so if you like mocha, try it out! (Photo credit: Becky from A Calculated Whisk.) 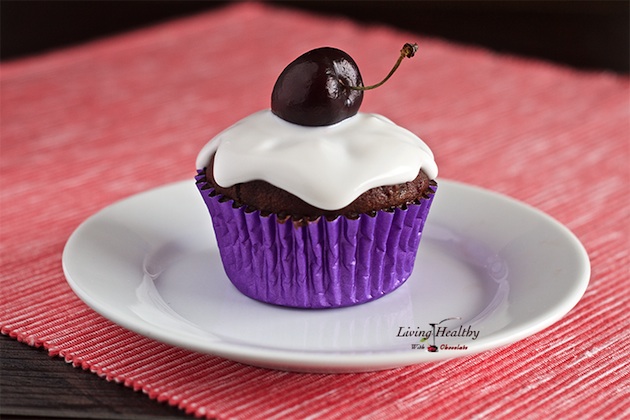 In this post, Adriana reveals the mystery of red velvet and also shows us an all-natural way to get your cupcakes to have that special hue! But besides the color, these are so yummy anyway, not to mention healthy. She uses beets, mixed with a variety of Paleo-friendly ingredients (remember to get sugar-free, dairy-free chocolate as her recipe doesn’t specify). Also, if you like your cupcake with a cherry on top, this recipe can’t fail! (Photo credit: Adriana from Living Healthy with Chocolate.) 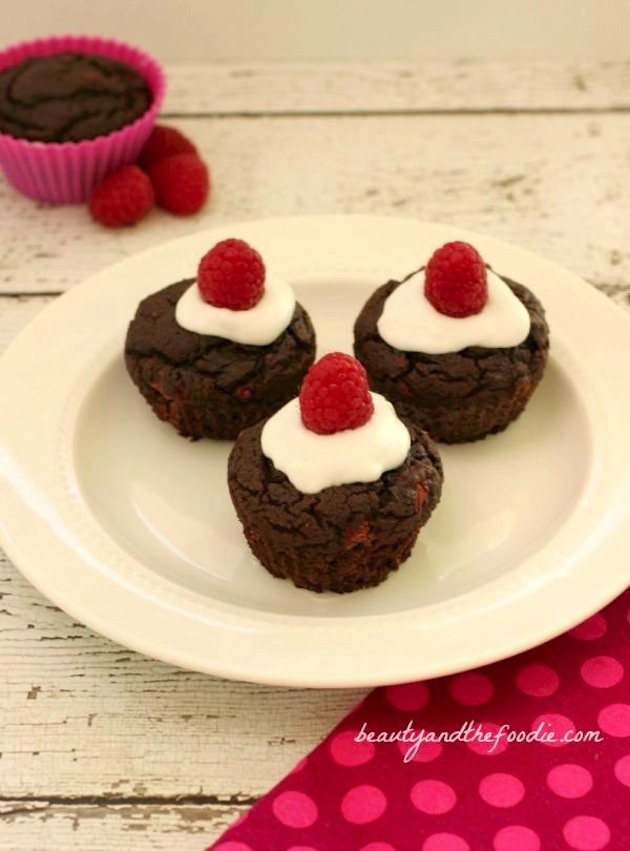 If you agree that berries just go great with chocolate, and you love the combination as much as I do, check out these awesome chocolate raspberry cupcakes that Stacey made. She uses several coconut-derived ingredients in the batter, such as coconut flour, sugar, oil, and coconut milk (with an optional alternative of almond milk). Even the frosting has coconut cream! Her instructions for this recipe are very thorough so you aren’t left with any questions, and she also includes nutritional data at the end for those of you who like to know exactly how it all adds up. (Photo credit: Stacey from Beauty and the Foodie.)

Kelly Bejelly always has amazing Paleo and Primal dessert recipes, and these carrot cupcakes are no exception. This one includes moist apple sauce, pumpkin puree and shredded carrots, topped with a cream cheese and maple syrup frosting. Prep time is only 20 minutes (plus 20 minutes to cook) so while it’s not the fastest recipe, it shouldn’t take too long either after you’ve gathered your yummy ingredients. (Photo credit: Kelly from A Girl Worth Saving.) 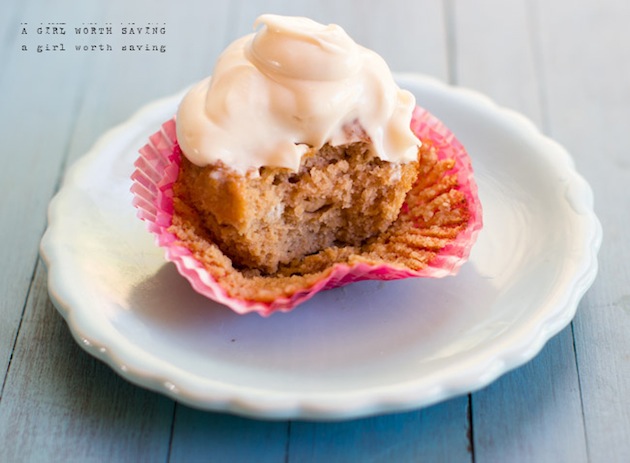 Get out the cupcake tin for another effortless recipe from Kelly. She uses coconut flour, apple sauce again, and maple syrup to sweeten these simple yellow cupcakes. You mix the dry ingredients first, add in the liquid ingredients, fill up the tins and 20 minutes later, it’s yum time!! Also worth noting, this time the frosting is totally Paleo. (Photo credit: Kelly from A Girl Worth Saving.)

This Paleo cupcake recipe is my personal favorite for its use of a blend of spices and flavors that will surely warm and delight the taste buds. Cardamom, a common spice in Indian treats, definitely stands out. It goes great with cinnamon, nutmeg and cloves as well, a mix that is a perfect complement for the sweet applesauce base. Prep time is only five minutes, and to top it all off, these are nut-free!

The first 12 recipes in this list have chocolate or cocoa, either in the mix or in the frosting. The rest are chocolate-free (but still delicious)!

4. Vanilla Cupcakes with a Strawberry Surprise 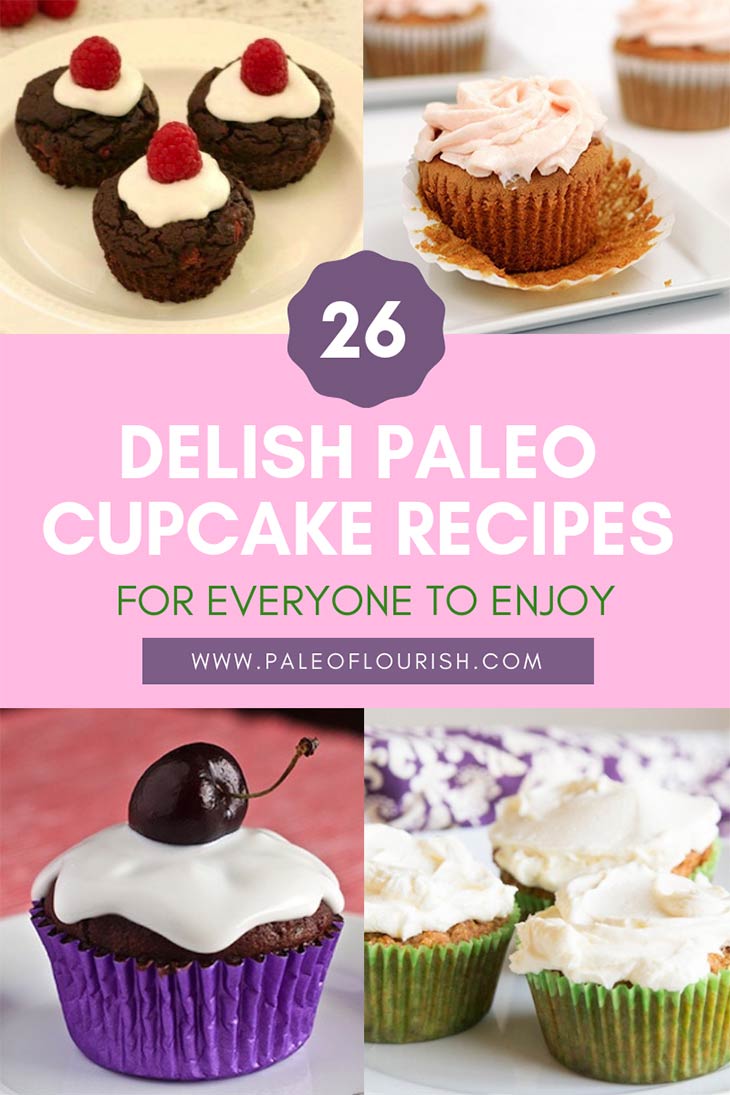