4 Reasons You Should Be Excited to Be Paleo 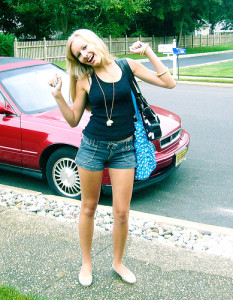 I wanted to write an article about the Paleo diet that is geared toward just getting started and the basic things that you should know. And the first thing that occurred to me is that when you’re just starting out, you should be very excited.

So…I actually am writing an article about Paleo for Beginners, but before I write that article, I wrote this one. I feel like there’s more than just good health at the base of the Paleo movement, and I think people need to know about it.

Exciting Aspects of the Paleo Diet

Although there is no magic involved, there are some pretty great aspects of the Paleo diet about which you should be excited. Here are just a few things about which I’m still excited, despite being Paleo for a very long time now:

Yes! Counting calories is miserable. (And it fails for the great majority of people.)

Yeah….after YEARS of weighing, measuring, journaling, counting calories and weighing myself daily…I am finally learning to give my body quality fuel, enjoy it and not be obsessed with calories or the scale….and am learning to listen to my body…again

I agree that not counting calories is the way to go but for me personally, I’ve been so broken for many years not knowing what the right quantities are that I basically had to. I started by eating clean where I lost about 10kgs then I couldn’t lose any more. I stayed the same for a month or so. Then I reassessed my caloric intake and worked out I’d been having over 2000 calories per day. So with clean eating I dropped it down to 1400 a day. I don’t do much exercise so for me that worked. If I was working out regularly, I’d increase it again but for now, keeping my calories around 1400-1500 per day whilst eating clean has enabled me to lose 17kgs so far (37.4 pounds). I never feel hungry either and try to get enough sleep each night. I love the paleo lifestyle. It’s the best way of eating I’ve ever tried and one I will keep for life.

Jane, I definitely think counting calories can work for some people, but very few people do it in a smart way like you (actually paying attention to the quality of their foods and still making sure that they’re getting enough nutrients).

Congratulations on the weight loss and it’s awesome to hear that you’re doing so well!

Hello,
I’m new at this and am just settling down with information about this form of eating.. Just recovering from Lyme which kicked the crap out of me… Along with weight gain it’s been a challenge to find energy to start anything..but I’m here I never comment on pages.. Mostly hover and read.. So not to bore you … I’m excited and looking forward to a healthy naked body! What ever that means!!

I started this diet when I was diagnosed with fatty liver. It has helped me find delicious foods that I can eat. I have lost 25 lbs and have much more energy.

That’s fantastic. Glad to hear it’s going so well. Let me know if you have any other thoughts or questions!

Going Paleo is the best thing I’ve ever done! Everything in this article is true, Feel great, full of energy, eating beautiful foods and losing weight plus any injuries I had are gone!!!! who needs pills, surgery, calorie counters etc when you can just eat healthy…

Since late 2013 I’ve lost 32kg and have now started my own Fitness & Nutrition company:)

PS. any i chance of get a web link to the article “Flu prevention: The flu shot” from your Mag – Issue #23? I’ve been telling people to avoid for years and everyone who does take is always sick!!!

Keep up the great work and I love your mag!!

Thanks for the compliments! Sounds like you’re doing quite well.

I’ll give you two links for flu shots.

Here’s the one that we republished: http://www.modernalternativemama.com/blog/2010/10/11/why-you-shouldnt-get-the-flu-shot.html#

And here is one that my wife wrote: https://paleoflourish.com/the-flu-shot-how-dangerous-how-effective-should-you-get-it/

We actually feel like it’s a toss-up for the flu shot. It’s not particularly effective, but the research shows very few side effects outside of the very very young or the elderly. (And even for those populations, the risk is low.) In other words, I’m not promoting it, and I never get it, but based on the research, I don’t think it’s really that bad. Just my own thoughts.

Hi. I’m very new to Paleo. I have done Atkins several times in the past and did lose weight but was not able to maintain that diet after I lost the weight so sadly it all came back plus more! I really like this lifestyle because the food is yummy and I feel good (unlike with Atkins). I was wondering how much fruit is too much if you’re trying to lose weight? I love fruit but I want to make sure I’m not eating too much of it. Also my calorie count everyday has been averaging 800-1000 and I know that’s low but I eat 3 meals and 1-2 snacks and I’m not hungry so it’s harder to eat more. Will this be ok for my metabolism? Thank you for all your great info. You definitely make transitioning to Paleo a lot easier 🙂

I don’t think there’s a right answer to how much fruit to eat. Fruit is generally nutritious and non-toxic, so the primary potential reason to avoid it is blood sugar issues. You probably know whether you have blood sugar issues (from general bloodwork or otherwise), so I’d make the decision on that basis – how the fruit makes you feel (tired and hungrier or full and energetic).

As far as calories, that’s fairly low for almost anybody, but it depends on a lot of things (activity level, body weight, etc.). I can’t give you a personalized answer, but you might think about focusing on micronutrients. Often, it’s hard to get enough vitamins and minerals when eating that little, so you might think about tracking micronutrients and basing food amounts on that. Just one option or way of thinking about it.

I’m starting Jeremy’s 7 day challenge tomorrow. I’m a little nervous because I am addicted to diet Pepsi and iced tea with spenda! Does anyone have any suggestions on what would be a satisfying substitute. I honestly don’t think I’m going to be able to go without either.

Hi,
I’ve been eating clean for a few months, lost a little bit of weight, but I struggle because I’m on a lot of meds for chronic pain. However, tomorrow I will start the 7 day challenge, I currently have a pork shoulder in the slow cooker for a pulled pork dinner. I’ve got my fingers crossed that by next Friday I’ll have a lot more energy and a lot less belly 😀
Xx