7 Days Of Transitioning To Paleo 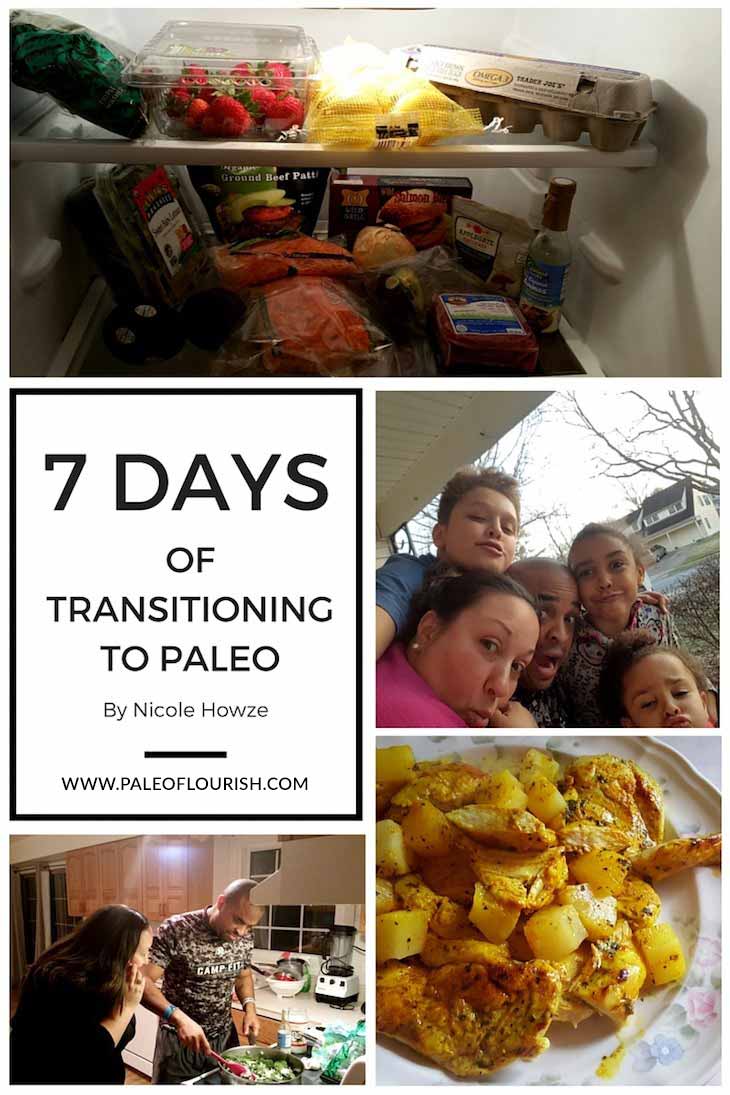 This Paleo transition story is from Nicole Howze – over 7 days this spring, Nicole and her family of five completed a 7-day Paleo challenge. In this post, she shares with us the ups and downs of that 7-day transition, including some of the delicious foods they ate.

For some, transitioning to the Paleo lifestyle may seem like a piece of cake (Paleo friendly, that is), and may not seem like much of a challenge, but for most, especially those who are used to the “SAD” (Standard American Diet) way of eating, switching to a way of eating that seems to eliminate so many options, can be a huge undertaking that may at first appear almost impossible.

So then the question becomes, why would you and your family of five decide to embark on such an adventure if it seems like such an unattainable goal?

Well, for my family, that answer is simple. We needed a change in how we viewed our everyday way of eating and we needed to understand the importance of a healthy lifestyle.

My husband and I felt Paleo was the best way to eat based on the research I have done over the years, and based on the fact that when I have committed to Paleo in the past, I felt amazing inside and out. My father, who is a personal trainer, has also followed this way of eating for over 2 years now and feels great, too.

So, on May 31, 2016, the whole family (Rob, my 41-year old husband, who is not overweight, but eats unhealthy, myself who is 35 and overweight, pre-diabetic, on high blood pressure meds, RJ, who is 13 and overweight slightly, Harmony, who is 10 and a junk-food junkie, and Melody, who is 3 and open to anything) began transitioning to a Paleo lifestyle.

Here’s all of us: 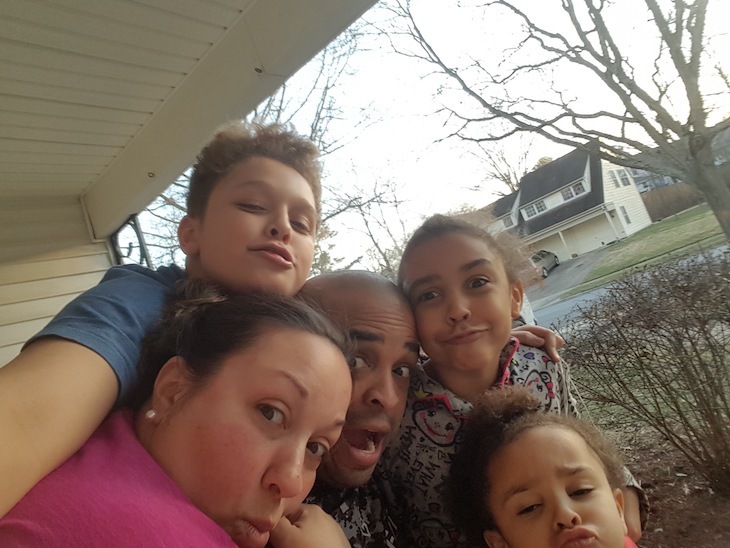 We decided to do a 7-day Paleo challenge from Tuesday to Tuesday, and in this post I’m going to detail how that transition went (the ups and the downs).

Prep Work For The Challenge

We raided our cabinets, freezer, and refrigerator and disposed all the “SAD” items we had. Then we went and filled them with Paleo-friendly options. We went from hot pockets, cereal, sliced cheese, chips, oatmeal, popcorn, etc. to Go Raw cookies, nuts, seeds, almond butter, fruits, vegetables, and a variety of meats and fish. 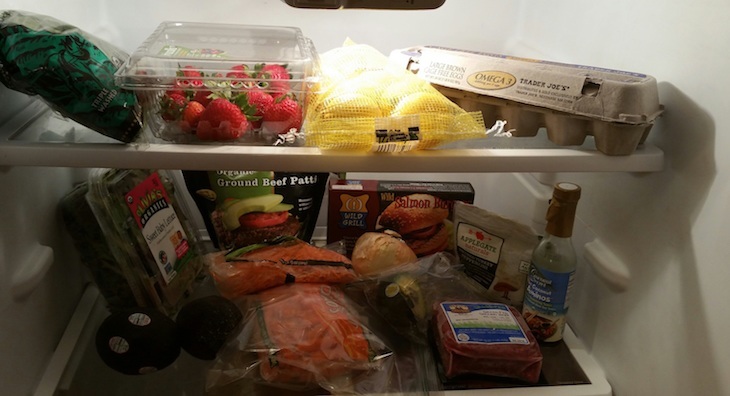 Now, I must tell you that I really thought we could do this without any hiccups, but I found out within a few hours of day 1, that I was way off base. I had hopes and dreams of a family living healthy together, forever and enjoying all these new recipes with rainbows and glitter all around and it all came crashing down very fast.

On Day 1 of the challenge, my 2 older children, RJ and Harmony, complained like they were being starved to death. Their constant argument was, “we have nothing to eat.”

This was certainly not true; they just did not want to eat the healthier food that had taken the place of their old junk food. It got so bad that Harmony began hysterically crying, “Why are you making us do this? I hate this! This is torture!!!”

What was even worse was that during Day 1, they only complained to me and really broke me down to the point where I went to my husband and said, they can bow out and we can do this alone. I was feeling really stressed and guilty about this – I didn’t feel it was worth it all the frustration.

Thankfully, my husband was a little more resilient and was much more firm than I was.

He told the kids, we are doing this as a family and if you complain any more to your mother, you will lose privileges. Guess what, the complaining ceased.

We continued on for our next 6 days, trying out various recipes and new items from our local organic market. 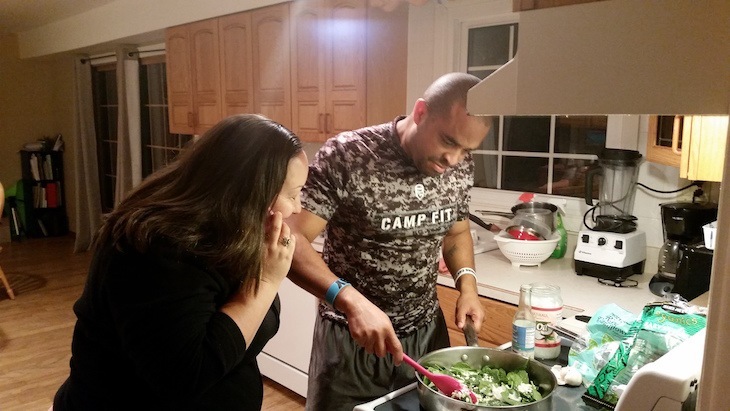 And here’s the Pineapple Turmeric Chicken we made: 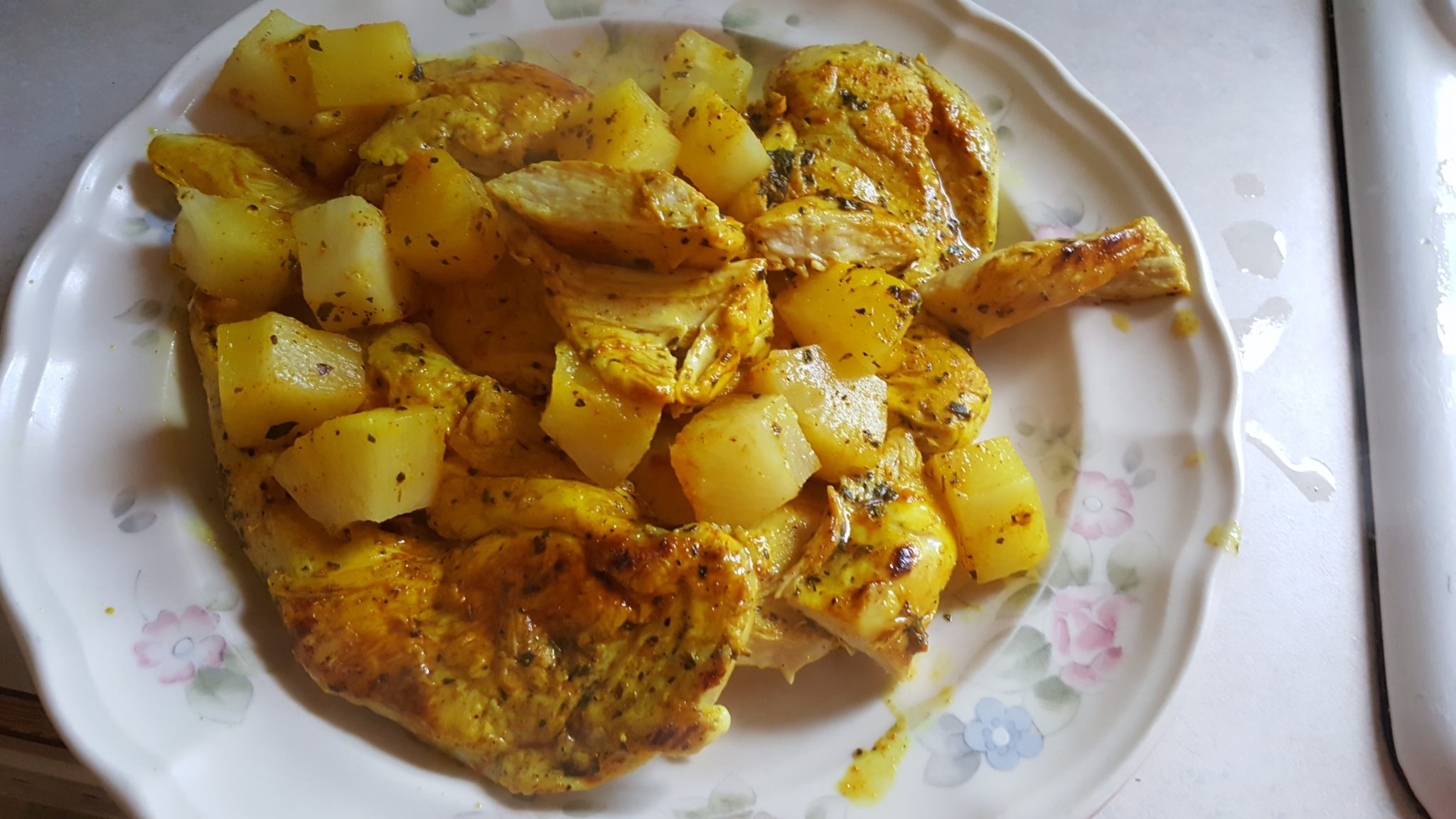 How The Kids Did On Paleo

Needless to say, we found a lot of great alternatives to the food we were used to, but that did not mean that everyone liked them.

Melody, our youngest, would try anything and pretty much liked it. RJ and my husband, Rob, were pretty much the same. But Harmony on the other hand was determined not to try something new because of the ingredients in it or the way it looked.

At one point RJ and Harmony devised a plan to go on strike, which consisted of them not eat anything we made or had in the house until this challenge ended. Let’s just say that never happened because they like to eat too much!

One of the funniest moments that happened during this time, was one morning around day 4. RJ came downstairs into the kitchen and tells me that at midnight he heard crunching going on and he knew it was Rob, but he did not know what he was eating. So, I confronted Rob, like he was 3 and I said, “I heard you were crunching on something around midnight last night, what is that about?” The guilty look on his face was priceless. He confessed under a big light, that he had eaten almost an entire bag of kettle corn. He promised to stay on track after that and he did, however my children now used this as their out. Since dad cheated, we can too, and so it began. I found them cheating a lot and by day 6 I told them they could not cheat the last 2 days and if they did there would be consequences. I explained that we are accountable for ourselves and no one else. This had to be something they did on their own. 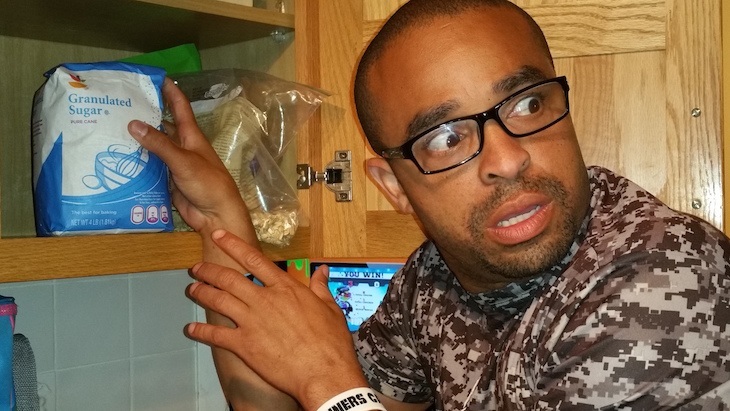 A Week of Learning About Ourselves

In the end, we all learned a bit about ourselves.

I learned that I am so much stronger mentally than I give myself credit.

Rob learned that he could give up coffee and sugar and live to tell about it.

RJ learned that he is willing try new things and that he has discipline.

And Melody, being 3, had no idea what was going on and was happy to eat most of the items we gave her.

Will We Continue To Stay Paleo?

Now I know you are wondering will we stay on the Paleo path.

Well, I have stayed on and I like this lifestyle and I plan on losing weight and getting off my medication, and being an advocate for Paleo. My husband is going to continue to eliminate a few items from his diet, but he enjoys cheese and oatmeal too much to go Paleo.

Regretfully, my children are not too happy with it and have already started moving back in the opposite direction. I have found that it is very true, what they say: “you can lead a horse to water, but you can’t make him drink,” but at least I can say I tried.

Don’t feel too bad Nicole, the transition is easier for some families than others and what it comes down to is willpower. You have it, they don’t. I hope they come around if you keep showing them new things to try, my husband can’t give up beer and bread but does pretty good otherwise. Even if it’s a slow change, it’s better than not changing at all. ?

One way to get your family to go paleo is to not tell them and to not expect them to go 100%. I just cook paleo meals, but I still let them have some snacks that aren’t paleo that aren’t too unhealthy – I just make sure to buy snacks for them that I don’t like so I’m not tempted. I will also have bread or tortillas for them with some meals. And once a month, if they want pizza or take-out Chinese, it’s a treat.
I figure that making the majority of our meals from real food, serving lots of fresh fruit and veggies, and letting them have their occasional non-paleo treats we may not be 100% paleo, but we’re eating healthier than most with no complaints. 🙂

My husband and I have a cheat day once a week. We may go to the movies and have popcorn, or “splurge” on one fast food meal, but honestly now that we’ve been on Paleo for 6 months we enjoy the food more. It has more flavor, is not as salty as takeout, doesn’t give us a stomach ache and we can almost make a substitute we like better for any food we can buy.