What Should I Do If I’m Allergic To Coconut? 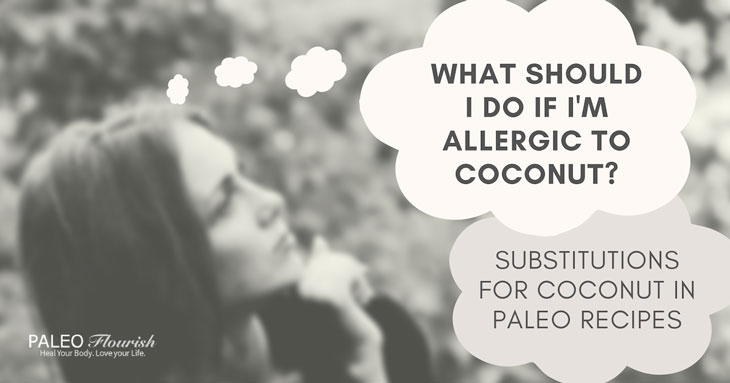 Except in cases where coconut is used just as a topping, coconut is often present in Paleo recipes as coconut flour. Coconut flour is a binding agent that holds foods – especially baked goods – together.

There are a number of alternatives like almond flour, tapioca flour, arrowroot powder, and chia flour. Most other “Paleo” flours will work as a substitute, although it may require some experimenting, because different flours cook at different temperatures, dry out at different rates, and bind either better or worse. 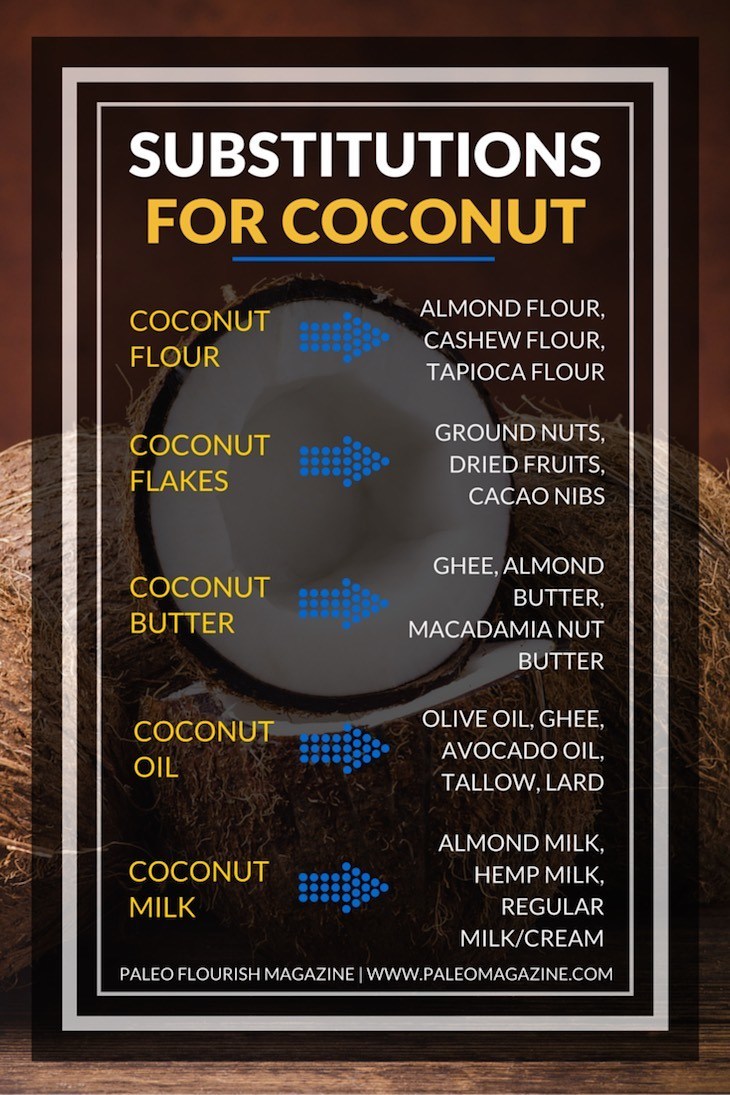 If the recipe calls for coconut flakes or shredded coconut instead of coconut flour, then it’s usually just for flavor or texture. Many nuts like (you can food process them slightly to get them into small chunks) can give a somewhat similar texture, and as far as flavor goes, that’s really something that varies from person to person and from recipe to recipe.

Coconut butter is a coconut product similar to nut butters. This article describes in detail what coconut butter is, what other names it might be called, and where it’s typically used. Generally, the best replacement for coconut butter in a recipe is a nut butter like macadamia nut butter or almond butter. In a baked goods recipe, ghee might be possible as a substitute.

Coconut oil does not present a problem for most people, but if you feel that you cannot eat it, then there are plenty of other great oils you can use (olive oil, ghee, avocado oil, tallow, lard, macadamia nut oil). For a comprehensive list of cooking oils, check out our list here.

Almond milk or other nut milks are great substitutes for coconut milk if you tolerate nuts ok. Hemp milk could be a nut-free substitute. However, most nut and seed milks are not as creamy as coconut milk. An alternative if you tolerate dairy is to use full-fat raw cream or milk. Read this article if you’re thinking about adding dairy into your Paleo diet.

What can I use to substitute coconut milk. I am allergic to it and recipes I have call for it

If you’re not allergic to Almonds, then almond milk should work just as well in general.

Hi Dave – there are a variety of possible substitutions for different coconut products (it will vary depending on the type of coconut the recipe will call for (e.g., coconut flour, shredded coconut, coconut milk)). There isn’t just 1 general substitution.