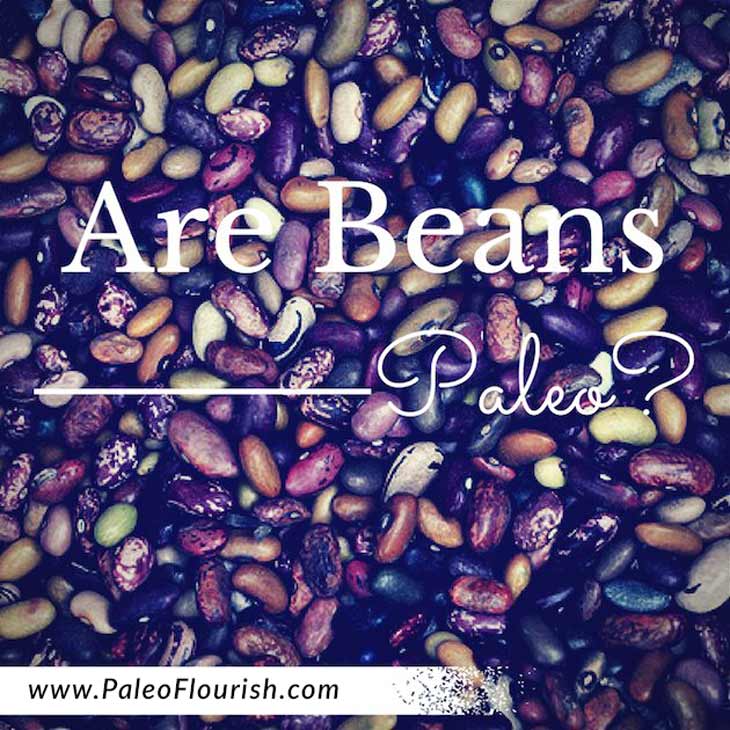 Pinto, lima, garbanzo, pea, kidney, lentil…no doubt you recognize at least some of these popular names for people’s favorite legumes.

But exactly what is it about beans that manages to capture everyone’s attention? Many tout the protein and fiber content of legumes as a major benefit, not to mention the variety of tastes and options that beans provide. Since they’re so popular, should those following a Paleo lifestyle hop on the bean bandwagon?

One of the reasons that beans are such a staple in many people’s diets is because they’ve been around for a long time. As some of the oldest and longest-cultivated plants, it’s no surprise to see that some cultures have incorporated beans as a fixture in their diet. Additionally, beans contain high amounts of fiber and protein; so much, in fact, that people who do not consume meat categorize beans in the “meat” category of their food plan.

If they’re that loaded with protein and fiber, what’s not to love? Well, as it turns out, beans aren’t as packed with nutrients as one might think. These nutritional profiles are most often based on raw beans — and we all know that none of us eat plain raw beans. When beans are cooked, they lose a large portion of their previous nutritional value. That means that other sources of healthy proteins, like meat, become more favorable options.

Legumes also contain lectins, which are proteins that plants make in order to protect them against things that want to eat them. If the plants are trying to protect themselves against us, there’s got to be something that they’re doing to us to make us shy away from eating them, right? Some studies show that the lectins they produce cause leaky gut, reducing the strength of the intestinal lining and letting molecules from your stomach permeate into your bloodstream.

With some beneficial nutrients potentially outweighed by some toxins and their potentially harmful effects, it can be difficult to see where beans rest on the Paleo spectrum.

Sarah Ballantyne says: “There are several ways in which [beans] create holes in the gut lining. The best understood is the damage caused by lectins. While slowing down sugar transport from the gut to the bloodstream seems like a great thing on the surface (why beans are so often recommended as a carbohydrate source for diabetics!), the irreversible increase in gut permeability is just not worth it!”

From My Own Article on Legumes: “Despite all of the possible negative effects…I can’t really say that you should definitively avoid legumes. Aside from peanuts and soy, they’re typically better than grains, and if I were vegetarian, I’d almost certainly eat legumes in order to get more protein. And yet, I can’t ever imagine recommending legumes as a nutritious part of a healthy diet. There is far too little to gain from eating beans versus the potential for digestive and hormonal side effects.”

So Are Beans Paleo?

While beans are not the worst thing you could possibly eat, the general consensus is that avoiding them is your best bet. Any nutrients that you can get from beans can be found in other, less toxic foods, and since Paleo is all about avoiding toxins, beans are considered a no-go. If you must eat beans, do it the way that our ancestors did—by soaking or fermenting them, since this process breaks down some of their natural toxins.