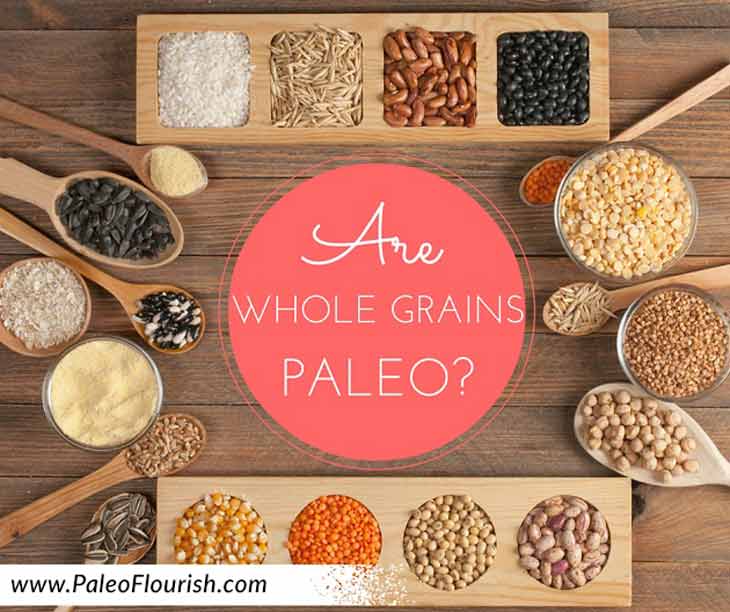 If there’s one characteristic that most modern diets share, it’s the push for whole grains.

Major organizations like Mayo Clinic and the American Diabetes Association insist that opting for whole grains is a more nutritious, heart-healthy option for managing weight and insulin resistance.

However, we know that most diets have gotten a few things wrong…

What is a Whole Grain?

When a cereal grain (wheat, corn, barley, rye, etc.) is growing in the field, it already counts as a “whole grain”—that is, it has all of its parts intact. The parts of a grain—the bran (skin), germ (seed embryo), and endosperm (the germ’s food source)—are all kept together when they are harvested and turned into food.

This is different from refined grains, where only the endosperm is kept. If you think about refined grains, then, you’ll notice that we’re not actually eating the actual grain (the germ) at all!

Many whole-grain proponents claim that whole grains are healthy. They believe that these foods are full of nutrients and fiber and should be the bulk of our food.

They often point out that when we eat refined grains, we’re missing out on some of the nutrients that were stored in the germ and bran – both of which are removed in the processing of grains. The Whole Grains Council provides a chart showing what nutrients whole grains lose when they are refined.

However, there are a few things that these proponents are not talking about:

1. Whole Grains are Still Low in Nutrients. I’ve written about grains extensively before, so I won’t go into too much detail. However, grains are relatively low in vitamins and minerals when compared to almost every other food group: vegetables, meats, seafood, nuts, and even fruits. You can find people who disagree, but this is a factual matter. If you go to the USDA database and start plotting the amount of nutrients in grains against most other foods, grains come out way behind. This is probably the worst thing about grains. Since they typically comprise the majority of foods that modern humans eat, that means they’re crowding out a lot of more nutrient-dense foods.

2. Grains Contain Phytates. Phytates are little binding molecules that occur naturally in many plants. They’re not particularly bad for humans, but what they do is they prevent our intestines from absorbing various minerals that are contained in grains. So even the nutrients that are in grains aren’t really absorbed very well.

3. Grains Also Contain Lectins. I’ve also written previously about lectins. At their worst, lectins like to bind to the intestinal lining, making it tough for our intestines to do their jobs of absorbing what should go in and passing on what should be kept out. Some lectins are worse than others. Wheat Germ Agglutinin (WGA) is a lectin in wheat, and it’s one of the worst. WGA can trigger and exacerbate leaky gut, lead to insulin resistance, and contribute to a lot of other inflammation-related issues.

4. Prolamins are the Worst. Apart from WGA, lectins aren’t terrible if you don’t already have leaky gut, and phytates are bad, but only at preventing absorption. On the other hand, prolamins – another type of protein in grains – tends to cause the most problems. The most famous prolamin is gluten. Even though around 1% of the population completely cannot tolerate gluten, sources show that a more significant number—around 30%—are sensitive to gluten even if lab tests show a negative celiac diagnosis. We know this because we can find anti-gliadin IgA in their stool. That’s an antibody that only enters the intestines to protect (yes, protect) you from threats that it senses. In addition, 100% of humans produce zonulin in response to eating gluten, and zonulin leads directly to leaky gut by regulating the opening and closing of the tight junctions between your epithelial (intestinal) cells.

Mark Sisson says: “Is there a good reason for anyone (with access to meat, fruit, and vegetables, that is) to rely on cereal grains for a significant portion of their caloric intake? The answer is unequivocally, undeniably no. We do not need grains to survive, let alone thrive. In fact, they are naturally selected to ward off pests, whether they be insects or hominids. I suggest we take the hint and stop eating them.”

Robb Wolf says: “[Scientists says that] by shunning dairy and grains, you’re at risk of missing out on a lot of nutrients. Once again, this statement shows the writer’s ignorance and blatant disregard for the facts. Because contemporary ancestral diets exclude processed foods, dairy and grains, they are actually more nutrient (vitamins, minerals and phytochemicals) dense than government recommended diets such as the food pyramid.”

So are whole grains Paleo?

Whole grains contain some of the most damaging anti-nutrients we can consume, and most people consume them multiple times every day.

Some Paleo experts even go so far as to say that if there was just one food recommendation they could get everyone to follow, it would be to remove these grains from their diet entirely.

So, when it comes to whole grains, make sure to fill up your plate with something else and just say no.