One Huge Reason That Artificial Sweeteners are Unhealthy 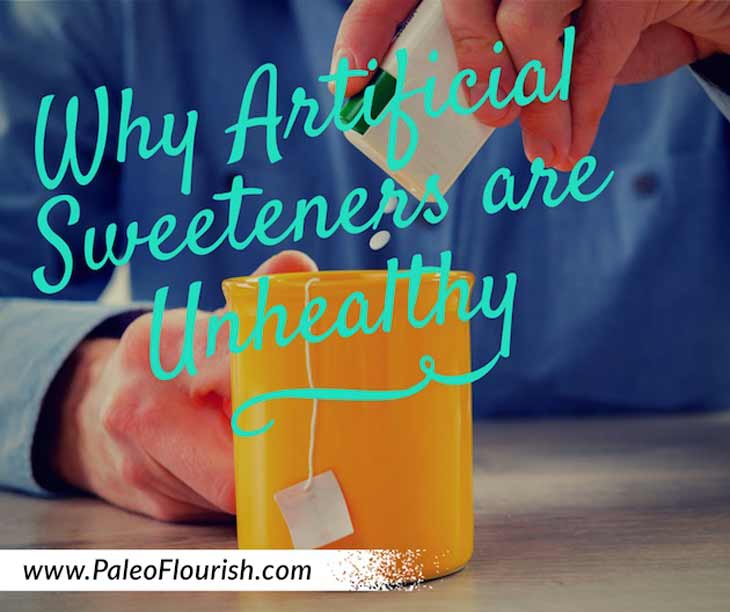 Artificial sweeteners have gotten a very bad rap for a long time without much solid evidence as to why they’re bad.

There have been a lot of studies that have shown correlations between things like obesity and artificial sweeteners, but there are so many confounding factors in those studies that they’re pretty much irrelevant for anything other than casual conversation.

Artificial Sweeteners Are Terrible for Your Gut Bacteria

As you probably already know, we have about 10 times as many bacterial cells in our body as we have human cells. In other words, we’re about 91% bacteria and about 9% human. That’s just a number, but the research on gut bacteria in particular is overwhelming in terms of the effects gut bacteria has on our well-being. Everything from autoimmune conditions to depression to obesity likely start with changes in our gut bacteria (usually called dysbiosis). The following study isn’t the first study to find the result that it did, but it’s the best I’ve seen so far: Artificial sweeteners induce glucose intolerance by altering the gut microbiota In this study, researchers focused on Saccharin, although they also tested other artificial sweeteners. The study looked at the effects of artificial sweeteners on the gut bacteria of rats, and then the effect of those changes on insulin resistance. And the effect was quite significant. And to be clear, this wasn’t just a correlation. The researchers confirmed the causality in several ways, including by surgical transfer of the gut bacteria from one rat to the next to confirm that the insulin sensitivity was being caused by changes in gut bacteria. It was.

You’ve probably heard that stevia is a natural sweetener made from a plant so it’s different from other artificial sweeteners. So, is stevia better? Read this article to find out.

Hi Jeremy! Great article!! Question….as a long time former user/abuser of artificial sweeteners. ….did I cause permanent damage or can it be reversed via clean diet??
Thanks!! Lisa