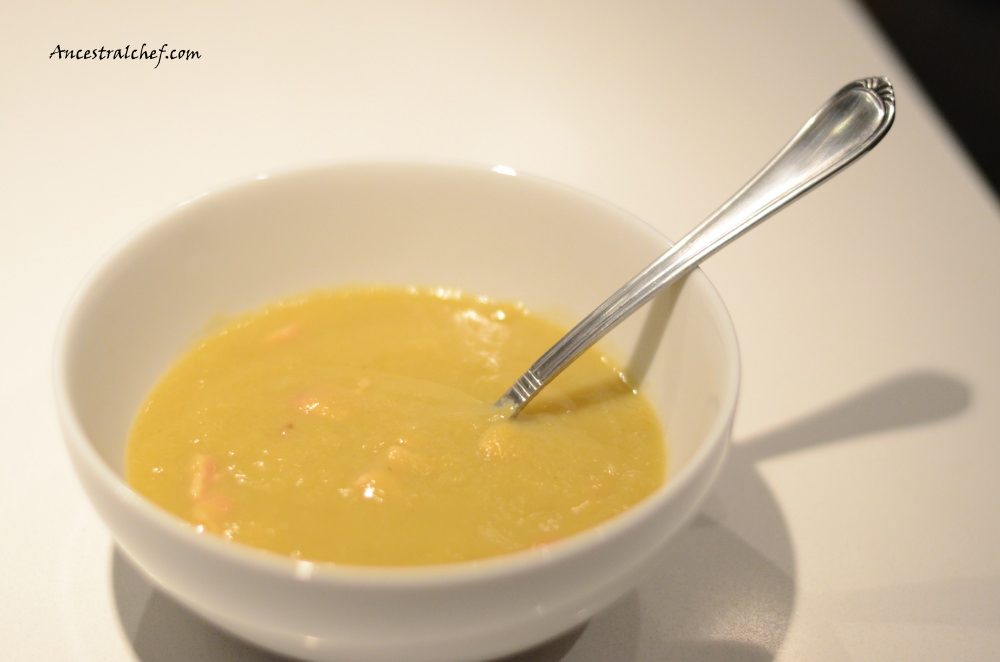 I used to love potato & leek soup growing up – it’s just so thick and hearty and delicious.  Since cauliflower is such a great substitute for potatoes, I figured it would work well in the soup to give it a thick texture.  And of course, I just couldn’t resist adding in some bacon!

So here’s my cauliflower (I used half a head): 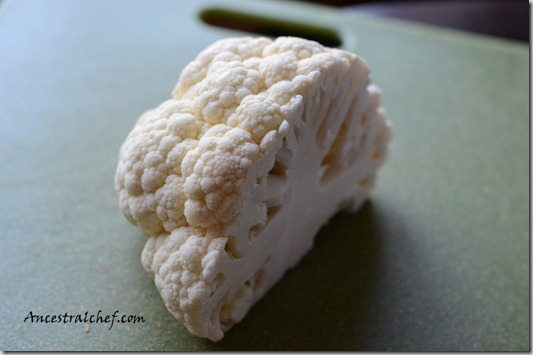 Here’s my leek after I trimmed it a bit: 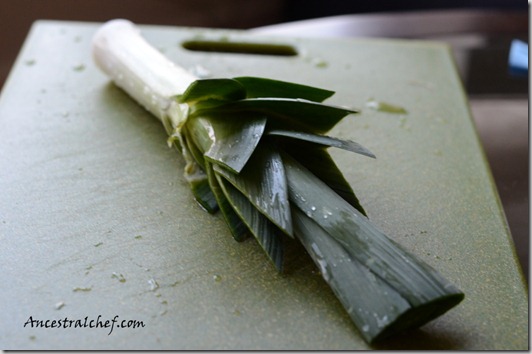 Here they are chopped up into small pieces and placed in a large pot: 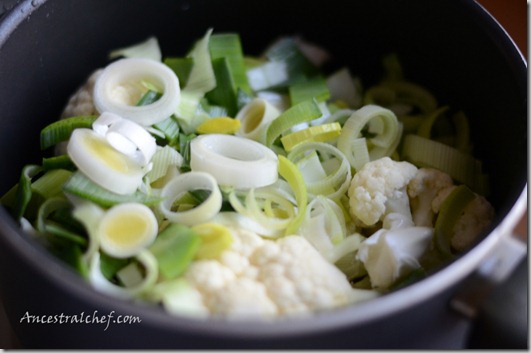 Then for the soup base, I used some of the amazing chicken broth I made a few days ago in the slow cooker (recipe here) and stored in my fridge.  You can of course use canned broth if you want, but the homemade broth is definitely richer.  I left that to cook on medium heat (for around 1 to 1.5 hours until very tender). 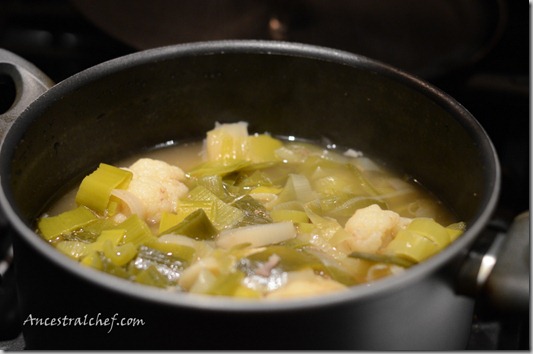 While that was cooking, I microwaved 5 strips of bacon on a microwaveable plate for 1 minute on high (place a piece of paper towel over it, so that it doesn’t splatter).  Then I chopped the bacon up into small pieces – ready to add to the soup later.

Once the vegetables got very tender, it was time for the immersion blender (the handy soup-making device).  If you don’t have an immersion blender, then you can strain out the vegetables and put them into a blender to blend.  Once everything is blended really really well (I somehow always leave a lump), it’s time to add in the bacon pieces. 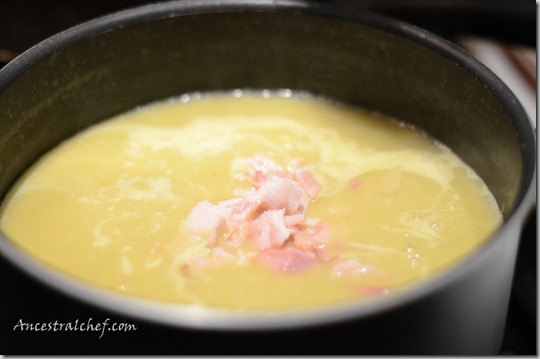 I let that simmer for about 30 minutes to get some of that delicious bacon flavor into the soup (I didn’t want to overwhelm the soup by adding it early).  You can season it with salt and pepper to taste before serving.  The cauliflower really thickens the soup giving that great texture that I loved in potato leek soups.

I made this last night and it was super good. My family loves potato-leek soup so I thought they might like this. I didn’t mention that it was made with cauliflower until after they’d finished the full pot. It’s a keeper. Only change I made was I used 2 leeks and I didn’t have bacon so I added about a 1/2 T of bacon fat from my reserve in the fridge. I look forward to trying more of your recipes.

Glad you liked it Jennifer! It’s great that they didn’t even notice!

I’m making this soup tonight with the chicken broth from the slow cooker chicken soup I made yesterday. It was yummy and I’m sure this will be too.

We had this soup for lunch at a local cafe today, can’t wait to make at home