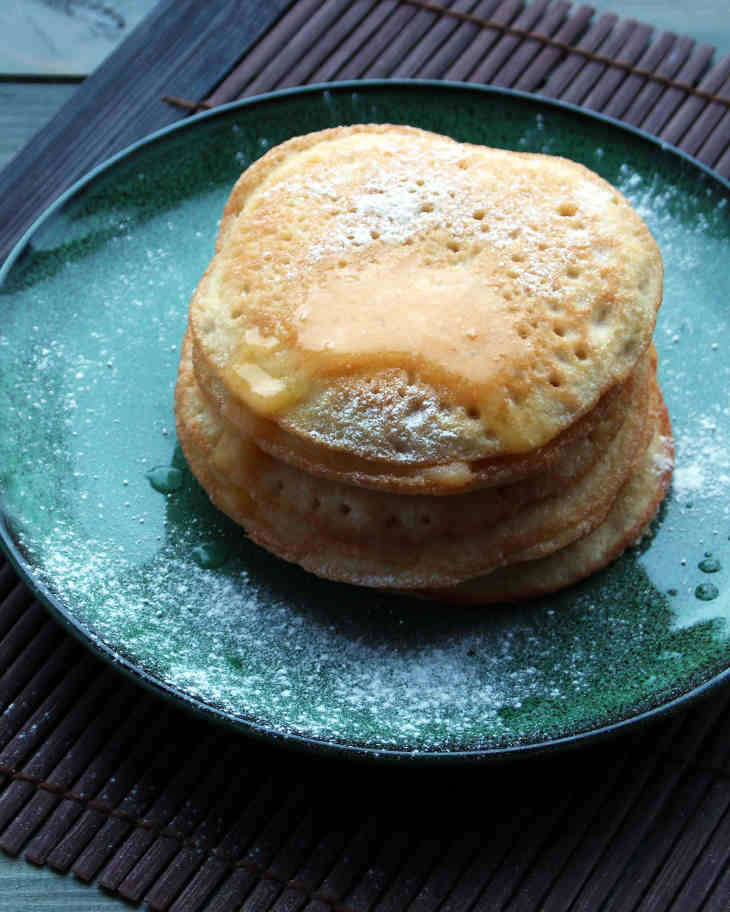 How sweet it is that this cinnamon paleo pancakes recipe with almond flour won’t derail your healthy paleo diet! They’re an indulgent way to get your fix on a weekend morning.

Just wanted to put in this important cooking tip up front: Use a miniature pan.

Obviously, the ingredient list for these paleo pancakes is a bit different than you may be accustomed to, and they can be a little tricky to maneuver.

There is no shortage of paleo pancakes out there, but this recipe has to be one of my very favorites.

To make it paleo, I ditched the problematic all-purpose flour and substituted almond flour instead. It’s a substantive flour that gives great flavor to all things baked.

Instead of the white sugar that abounds in your typical pancake batter, I used coconut sugar. In case you’re wondering if coconut sugar is paleo, the quick answer is yes, with a caveat.

Coconut sugar is better for you than the plain white stuff because it contains minerals like iron, potassium, and zinc, however, it can still raise your blood sugar.

So most people should use it with moderation, and those with blood sugar problems should avoid it. 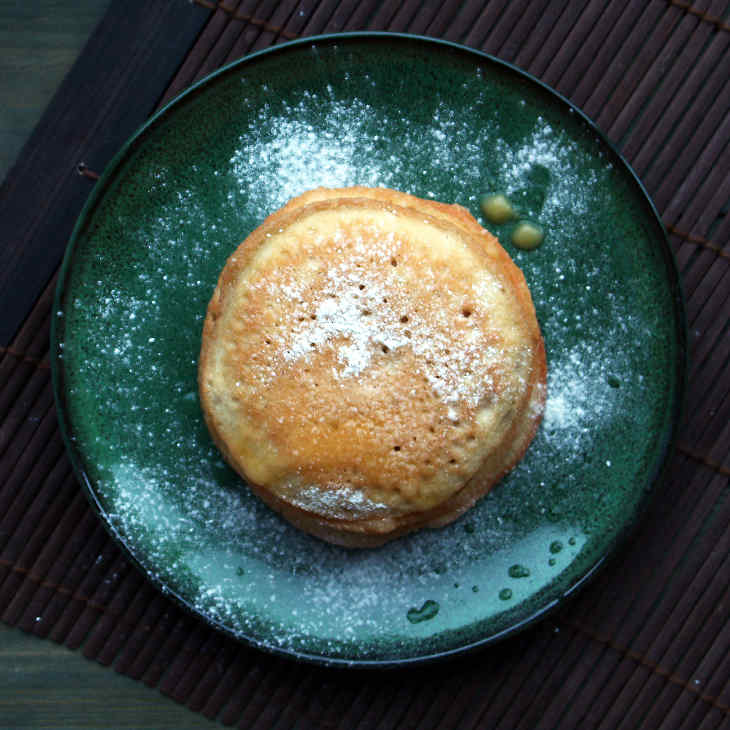