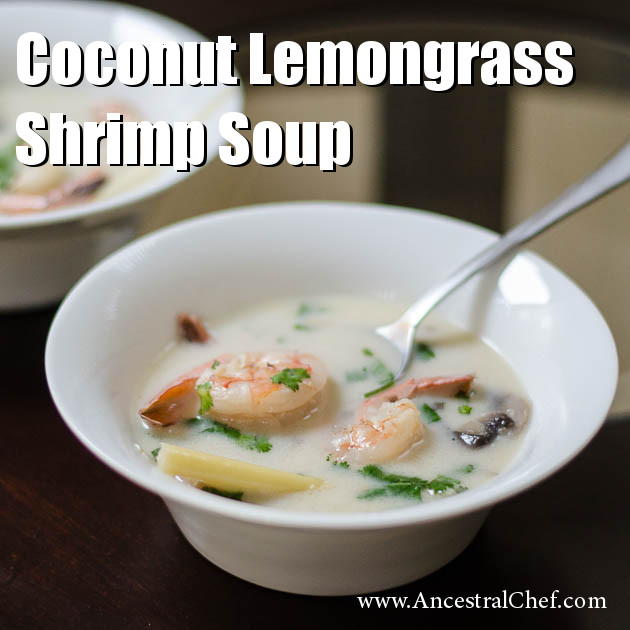 I was really skeptical about this soup when I first had it at a Thai restaurant in Los Angeles 10 years ago. It was 3am in the morning, the restaurant was packed, and the menu was completely foreign to me.

Just the first taste told me that I had definitely picked a winner. It was amazing – so flavorful, so creamy, and omg so spicy!

I finished the entire bowl despite the fact that it was way too spicy for me. It was just that good!

That soup I ordered was Tom Kha Gai, which translates to “Chicken Galangal Soup.”

Although this soup is typically made with chicken meat, I have seen seafood versions of it at restaurants. So, when Wellness Meats sent me some Wild-Caught Raw Brown Shrimp, I knew they’d go perfectly with this soup. 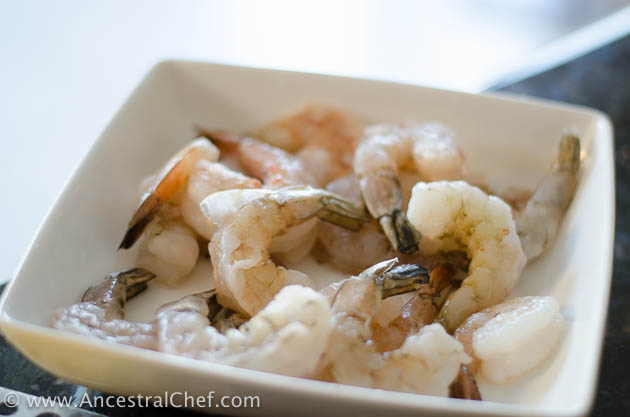 We got our Kaffir Lime tree at Home Depot a few years ago. It was grafted and along with my black thumb it died. 🙁 But my Aunties survived and produces lots of leaves. 🙂