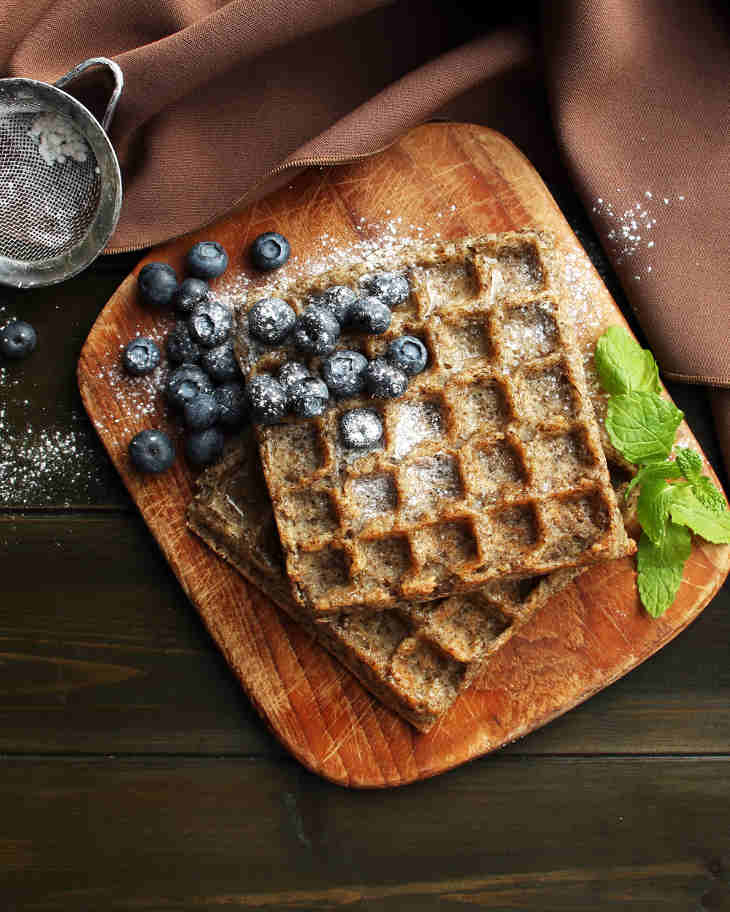 Crispy on the outside, warm and soft on the inside, these waffles make for a perfect breakfast on lazy Sunday mornings.

As you can probably guess, waffles as typically prepared are not paleo. Not even a little. I’m talking tons of white flour, vegetable oil, and sugar.

To make matters worse, 99% of the waffle-eating population drenches that inflammation bomb with liquid sugar (aka artificial syrup).

Making these crispy paleo waffles may require you to hunt down a couple ingredients – but then, hunting is part of the paleo lifestyle right?

Here are your heads up that you’ll need chia seeds, cassava flour, and Swerve confectioner’s sugar to make these waffles. More on the sugar in a second.

Fortunately, someone had the genius idea to create a confectioner’s sugar with a great texture that won’t jack up your blood sugar.

The only catch is that it’s not widely available yet. If you do a lot of paleo baking and can’t find any locally, it’s readily available online.

Swerve contains erythritol, a sugar alcohol. It provides the sweetness of sugar without the calories. And what could be sweeter than reintroducing waffles into your paleo diet?

Top them off with some fresh, delicious blueberries. 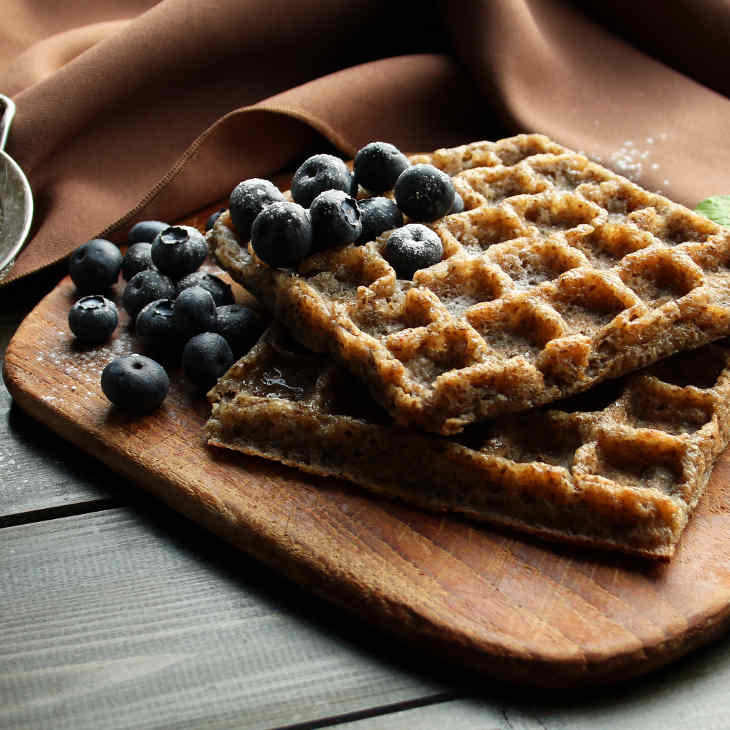