Home » Blog » Lifestyle and Mindset » Mindset and Motivation » Out of Control: Why you Cheat on your diets and what to do about it

Out of Control: Why you Cheat on your diets and what to do about it 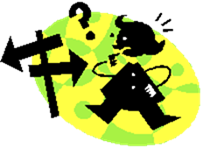 If you’re like most people I know, you probably think, at some point during the day, that you really need to make better choices about what, when, and/or how much to eat.  And really, it’s such a valiant and optimistic thought – “if I try just a LITTLE BIT harder, I can start making better decisions and get healthier/skinnier/stronger.”

The problem is, for you, me, and most of the rest of the world, TRYING A LITTLE BIT HARDER just hasn’t been working.  So why can’t we stay motivated to diet and not cheat?  Because…

MOTIVATION IS A BIG JOKE

Have you ever stopped to count how many times you’ve cheated on a diet in your life?  How about your friends?  How many times have you heard a friend talk about cheating or getting back on their diet after falling off it?  I’ve never taken the time to count, but I’m pretty sure that I’ve cheated on a diet well over 1,000 times in my life (and that’s a conservative guess).

Here’s the thing – if you want to know how you’re going to act in the future (whether on a diet or otherwise), just look at how you’ve acted in the past.  Your actions will ALMOST ALWAYS follow the same pattern.  (Unless, of course, you’re a character in a movie, of course, in which case, you’re about to have a life-changing epiphany that no one in the real world will actually ever have).  If you didn’t get out of bed and go exercise this morning, then there’s a pretty good chance that you won’t do it a week from now either.  (Of course, there will be days that you do, but the chances are, on any given day, that you’ll take the action or actions you most commonly have taken in the past).

We’re well into the 20th century, and there’s a lot of cool research that some smart folks have been conducting for quite a while on behavior, decision-making, and even nutrition (e.g., Brian Wansink at Cornell ).  Guess what?  All of the research being done by Wansink and most other behavioral economists flies in the face of the notion that any of us can simply decide to change our behavior in any significant way without figuring out a way to change our environment and circumstances.

The problem is that we keep thinking – possibly because we see it on TV and in the movies – that we can just decide to motivate ourselves to do something like stick to a diet.  Now, obviously, we motivate ourselves to do lots of things at any point in time, including starting a diet.  The problem is, of course, that getting motivated to start something doesn’t really address how we stay motivated or regain motivation after losing it.

I encourage you to go read a few definitions of motivation on the web.  Almost all of them will describe motivation as some sort of energy or desire underlying an action, and they’ll tell you that to stay motivated, you need to stay focused on your goal.

THEY MIGHT AS WELL SAY IT’S MAGIC.  If we could stay focused on the goal, we’d already be motivated!

Here’s the rub – We all know at least one person who always seems to be motivated.  Perhaps they are able to continually eat healthily or perhaps they’re super motivated about their work.  Whatever it is, the rest of us just can’t seem to understand how they stay so focused and driven.  They must be born that way, right?

Those individuals, whether they realize it or you do, have essentially trained themselves to stay motivated by using…

99% (my conservative estimate) of actions are taken because (a) something is absolutely necessary (you’ll hunt if you’re starving) or else (b) there is some sort of habit or system into which the action fits.

Stop and think for a minute about the second part of the sentence above, and you’ll realize that most everything you do in your daily life is part of some habit or system.  You brush your teeth in the morning because you’ve formed the habit over years or decades.  You go to work or pick up the kids from school every day because it’s habitual and part of your routine.  You pick up the remote control because it’s part of the systematic process of turning on the TV.

None of this is mind-shattering, but here’s the point.  You didn’t have to stop and struggle to make yourself take any of those actions.  Even going to work, which most people dislike greatly, doesn’t require you to sit for half an hour and motivate yourself.  You probably don’t really want to do it, but you do it anyway, out of routine.

SO WHY DO WE ACT OUT OF HABIT?

That’s an excellent question, and if you haven’t guessed already, it’s both good and necessary that we act out of habit, process, and routine. If you had to spend time and energy motivating yourself to do absolutely everything to the same degree that you have to motivate yourself to stick to a diet, you’d be so mentally exhausted, then you’d never make it past brushing your teeth in the morning.

In fact, there’s research to prove this:

Roy Baumeister at Florida State has coined the concept of “decision fatigue,” which essentially means that each decision you make takes a certain amount of mental and physical energy, and once you’ve run out of energy, your mind and body actively resist making any more decisions for a while.  He’s tested this in various situations, and they’ve also done brain scans to prove that the patterns of our brain waves change after we’ve made a few decisions.

So what happens when we get tired of making decisions?

We fall back into whatever habit or system has already been established.

For example, you could get movitated to save money by not shopping (for clothes, video games, whatever you like to buy).  However, if your friends take you out shopping with them the entire next day, there is likely going to be a point at which you’re no longer going to be able to make the mental decision to NOT BUY something, and you’re going to fall back into your habit of buying whatever it is you like.  And guess what…

EATING AND DIETING ARE NO EXCEPTIONS 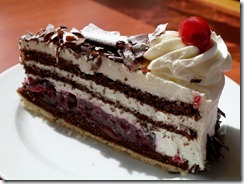 In fact, for certain physiological reasons, humans are MORE SUSCEPTIBLE to encountering decision fatigue and general loss of motivation with respect to food.  You see, our ancestors a million years ago rarely got too much or even enough food.  Buffets and fast food were in relatively short supply. Given this condundrum, guess w
ho survived: (a) the picky guy who was very selective and only ate very appealing food or (b) the chump who ate everything that was remotely edible.

Our bodies have complex hormonal response systems that effectively encourage us to eat (oversimplification), as if I really needed any prodding to do so.  So what’s a chump to do?

It probably doesn’t come as any surprise that I ended up back here, but if you’re going to inevitably lose the ability to make a ‘good’ decision, then you MUST figure out how to establish new systems to avoid falling into old habits.  If it’s 10pm, and you just can’t resist eating another snack, you need to ensure (a) that you don’t have ice cream or chips in your home and (b) that you have SOMETHING healthy to eat.

That’s one EASY example, but there is absolutely nothing easy about establishing new habits.  But, what you can do is to set up systems that help you avoid having to make tough decisions.  For example, if you put a system in place where you throw out all of your junk food and cook a ton of healthy food, then at least at home, you’ll rarely be tempted to eat bad food, since there won’t be any around and you’ll typically have enough good food to eat.  If you do this for long enough, you’ll eventually establish a habit of eating healthier at home, so that when you are faced with a tough decision, the habit you fall back into will be a good one.

Time after time after time, people drastically overestimate their ability to stay motivated and to not cheat on a diet.  FACE IT: YOU’RE GOING TO LOSE MOTIVATION.  And when you do, you better have a system in place to keep you from cheating again or too badly.  Throwing out all of your junk food and cooking healthy food is only the beginning and the most basic of systems to put in place.  I use a ton of systems to help automate my eating and thereby avoid having to make choices where I will be tempted to eat unhealthily.

I’ll have another post in the near future on more specific (and frankly, simple) systems that you can put into place to avoid falling into old habits.  In the meantime, however, feel free to comment below and let me know what types of systems you’ve put in place to avoid falling back into bad habits?  Which of these systems have worked best for you?