Do Saunas Actually Make You Healthier? (A Science-Backed Look) 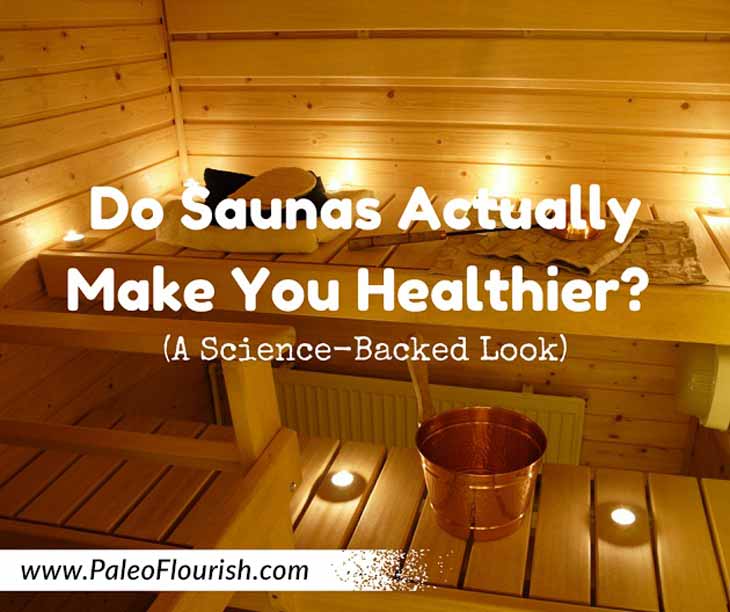 In the US, saunas really aren’t all that popular. During the early part of the 20th century, there was an increase in popularity, but recently, interest has waned.

On the other hand, saunas have been a mainstay among those living in Scandinavia for thousands of years, and they’re particularly common and popular in Finland.

So it’s no surprise that a group of Finnish researchers conducted the following (very interesting and telling) study:

In the study, researchers followed 2,315 people over about 21 years. They surveyed the participants to see how often they used a sauna.

The researchers then tracked a few things over the 21-year period, including both death from cardiac events (heart attacks, strokes, etc.) and death from any cause.

A Grain of Salt

Although the researchers tried to control for various variables, the study was only an observation. What I mean by that is that the study only observed a correlation between people who use a sauna often and lower death rate. It doesn’t prove that the use of the sauna was the reason why they were less likely to die.

The actual cause could definitely be something that the researchers didn’t account for. Perhaps people who use saunas frequently are also much better about eating healthy and exercising.

Still, it’s a pretty significant correlation, and personally, it makes me want to start using a sauna more often. After all, there are other health benefits and relatively few downsides if you’re careful about not getting dehydrated or staying in too long.

If you’re interested in getting a small sauna for your house, then check out this one!