Does Portion Size Matter on a Paleo Diet? 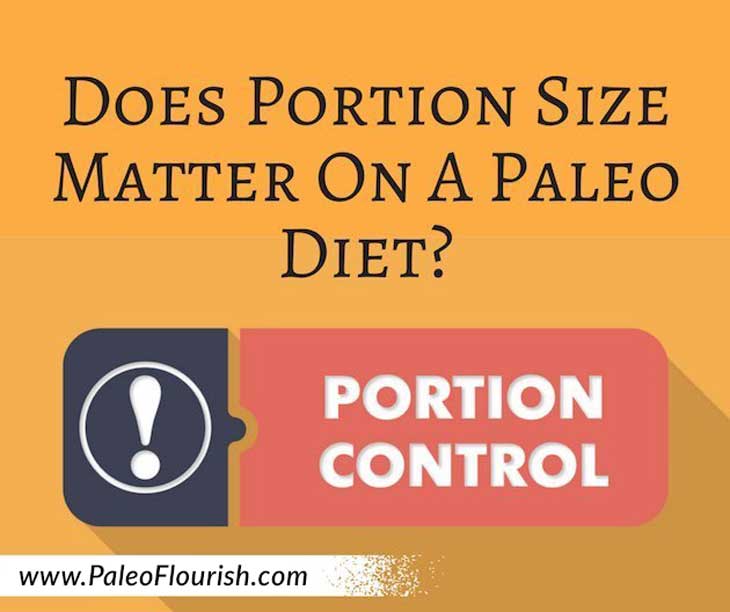 This is going to blow your mind, but portion size matters, even if you’re eating a Paleo diet.

However, it’s not usually something you need to think about.

For too long, many Paleo authors and bloggers have made it sound like it doesn’t matter at all how much a person eats. In an effort to rebut decades of brainwashing, we now often hear that calories don’t matter.

That’s ridiculous. It’s at least as ridiculous as (and maybe more than) saying that calories are all that matters.

In general, if you’re eating high-quality, nutrient-dense food, then your body will tell you when you’ve had enough. That’s how humans lived for millions of years.

But it doesn’t always work. The first way it breaks is when we start eating food that has been manufactured with just the right amounts of fat, sugar, and salt to make us crave that food. When that happens, it’s incredibly hard to stop eating when we’ve had enough.

But even if you’re eating all Paleo foods, things can still go awry. For instance, if you’re under a great deal of stress – if something major has happened in your life – then that stress alone can cause you to eat more than your body needs.

This is a bit of a wishy-washy answer, but most folks don’t need to and shouldn’t count calories or measure portion sizes when they start a Paleo diet. And many people will never need to. (And that’s good, because it’s very hard to voluntarily limit the amounts we eat.)

But there are definitely circumstances that call for watching the amount of food we eat. If you know that you’re an emotional binge eater, for instance, then being Paleo will only ensure that you eat healthier food when you’re binge eating. It won’t ensure that you don’t eat too much of it. (Obviously, the best course of action is to address the underlying emotional issue.)

So yes – it can make sense to pay attention to portion size, but I strongly believe that it’s secondary to first cleaning up your diet. Make sure that you’re getting all the nutrients you need, improve your general relationship with food, and then – maybe – worry about how much you eat.