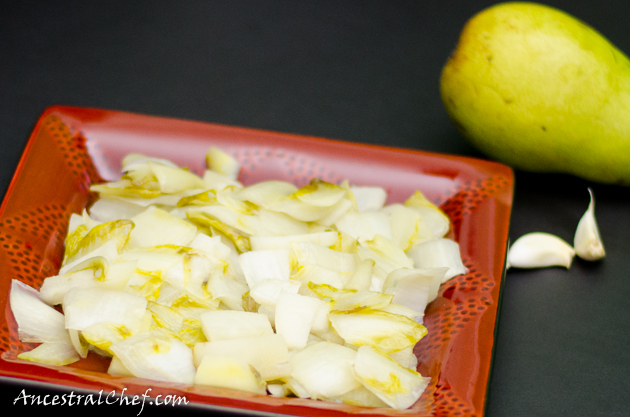 I’ve often had endives at high-end restaurants as part of an appetizer or salad. It has a nice crunch and a slight bitterness that makes it a refreshing start to a meal. Of course, I couldn’t be content with just making a salad…so I decided to go for a stir-fry with fresh pears and garlic.

I started by chopping the endives up into 1-inch chunks (discard the bottom end). 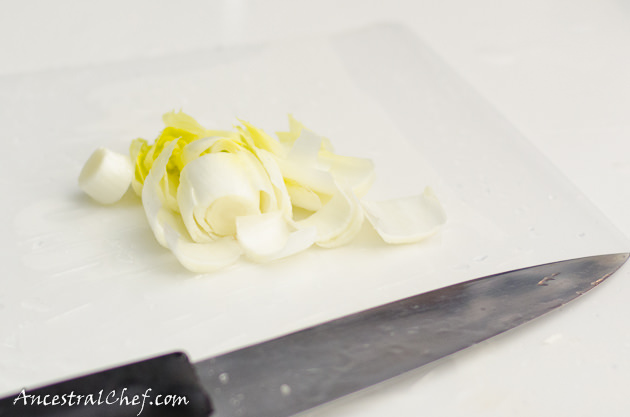 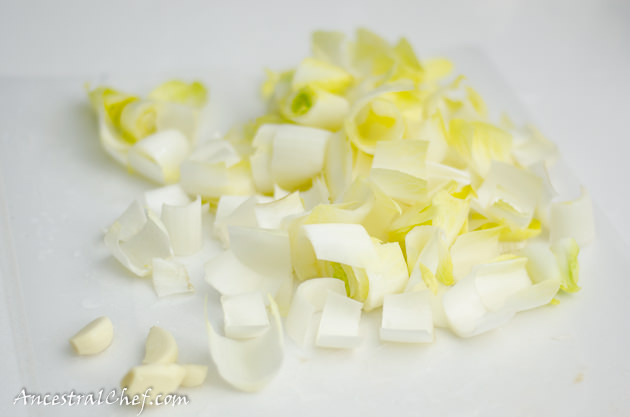 Place 1 tablespoon of coconut oil into a frying pan on medium heat and add the endives. Stir occasionally. 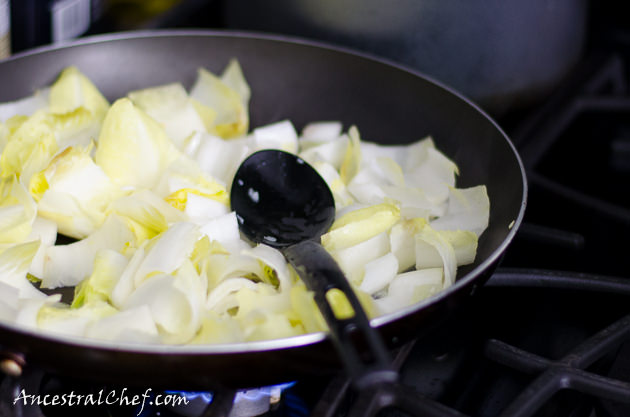 While the endives are cooking, mince 2 cloves of garlic and peel a pear (I used a Williams pear) and chop it up into small chunks. 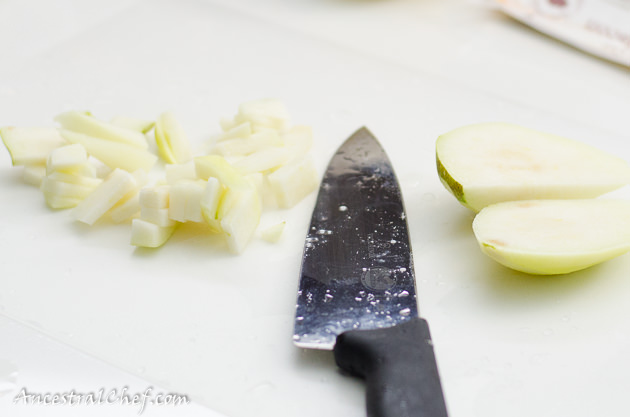 When the endives have started to wilt a little, add the garlic and the pear pieces to the frying pan. Then add salt and a dash of apple cider vinegar. Cook for 2 minutes and serve. 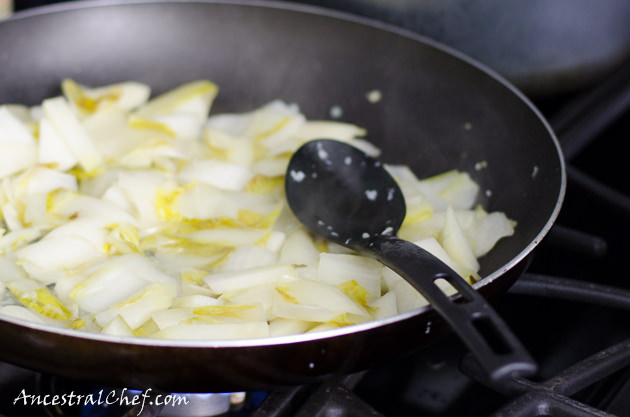 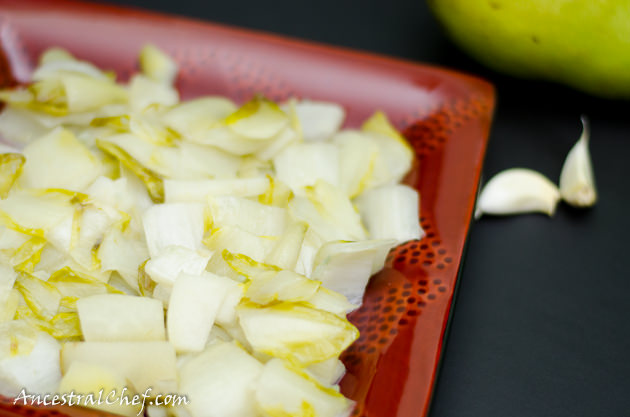 The sweetness of the pears works extremely well with the endives!