Should I Exclusively Breastfeed My Infant? 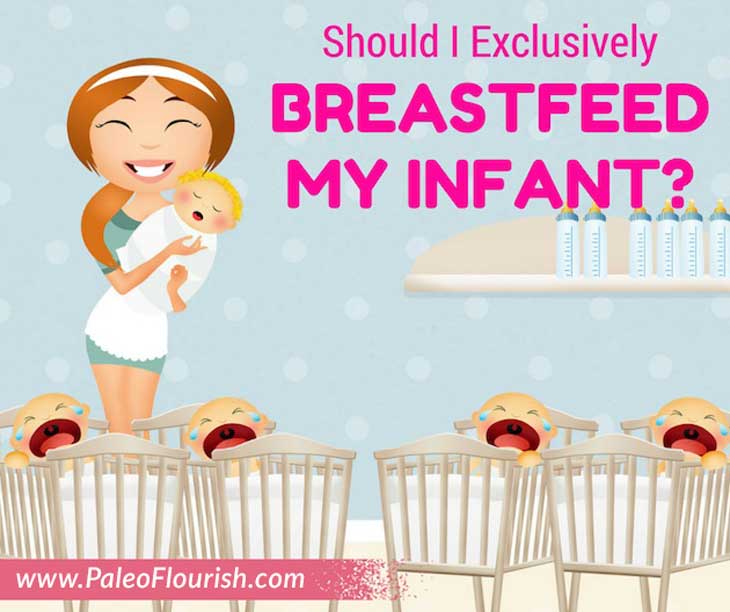 For the most part, it’s fairly common knowledge that breast-feeding is a healthy thing to do for infants, unless there is a specific and situational reason not to or why it’s not possible.

However, apart from the notion that it’s the natural thing to do, or that it imparts relational benefits, it’s not common knowledge WHY it’s necessarily a good thing to do.

If you need another reason (or even just a first reason), here it is:

The Impact of the Milk Glycobiome on the Neonate Gut Microbiota

That’s not a very telling title, and the full article hasn’t actually been published yet (as of the time I’m writing this article), but the article provides a review of the effects of breastmilk on the gut microbiota of infants.

In other words, several characteristics of breastmilk, including acting as a prebiotic, serve to build and strengthen the bacteria in the gut of a young child. And unless you’ve been hiding under a rock for a while, it’s becoming more and more evident that having a healthy gut microbiota is the key to having great overall health.

To be fair, these prebiotic effects could potentially be replicated with some other food, either natural or synthetic, but there definitely hasn’t been a focus on developing infant formulas that proactively develop and support gut bacteria, so if at all possible, breastmilk is probably safest bet.

In addition, the article doesn’t indicate (at least in its abbreviated form) how long a child needs to be breastfed for, but it’s not uncommon historically for children to be weened only at the age of 2 or 3, much longer than during much of the 20th century.