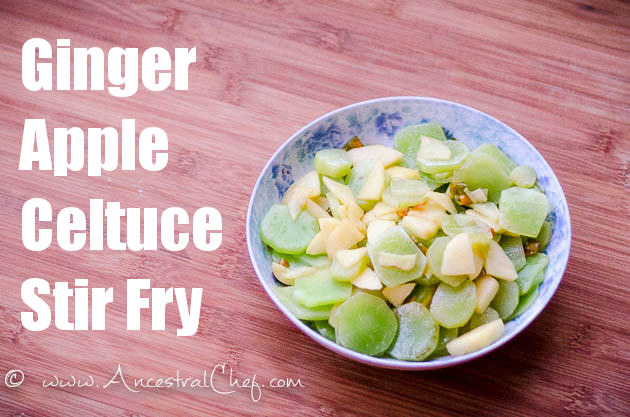 I’ve been living for the past month mostly on this tropical island off the southern coast of China called Hainan. I know I’m super lucky!

It’s been a bit tougher doing Paleo out here because all the ingredients are different, and I don’t have hardly any cooking supplies! I just have 2 electric cookers (one is on the ground!) and a microwave.

Since I’m unable to cook many of my usual recipes, I’ve been experimenting some with the local produce and creating some new ones. This Ginger Apple Celtuce Paleo Stir Fry recipe is one of my favorite creations. It’s also paleo autoimmune friendly (omit the chili from the recipe – that was how I made this dish initially actually). If you don’t know what Celtuce is (also known as asparagus lettuce), then check out my post about it here (you can find it in many Chinese supermarkets around the world).

This is what celtuce or asparagus lettuce looks like: 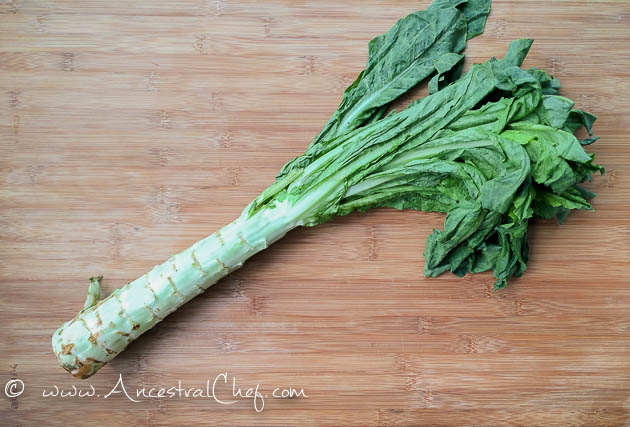 To prepare the celtuce, you have to remove the leaves and then peel the skin off the thick stalk/stem part. Then just slice it into thin slices. 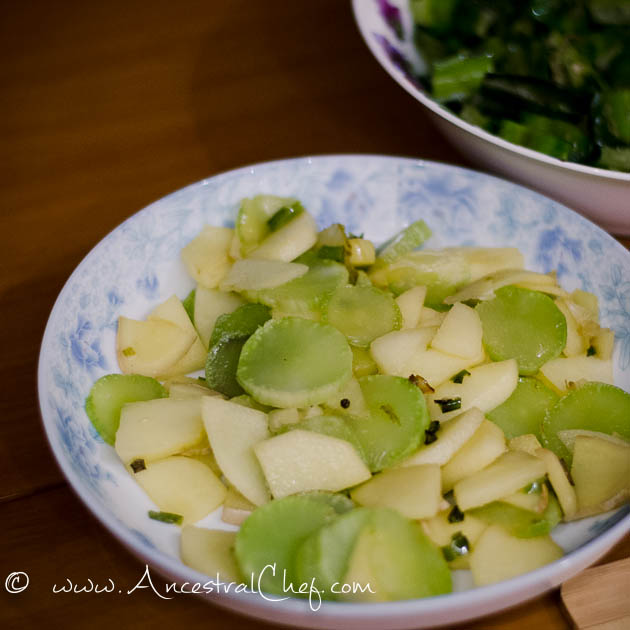 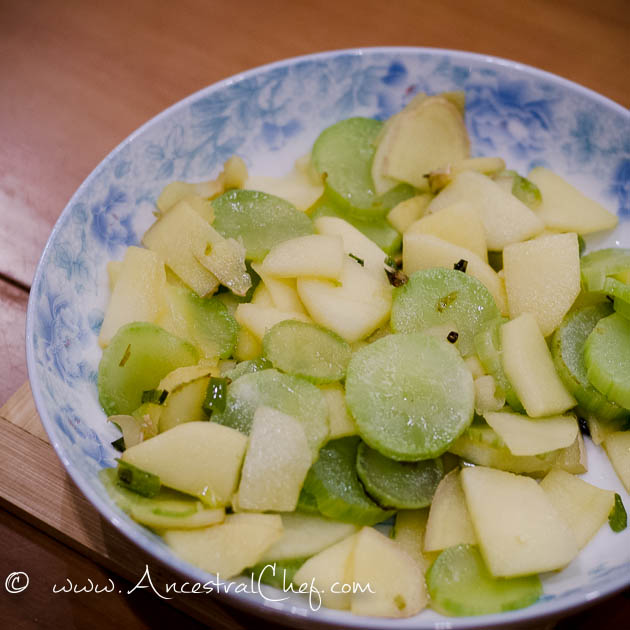 And here’s one of the meals we had here in Hainan with Ginger Apple Celtuce Paleo Stir Fry, Steamed Fresh Fish, 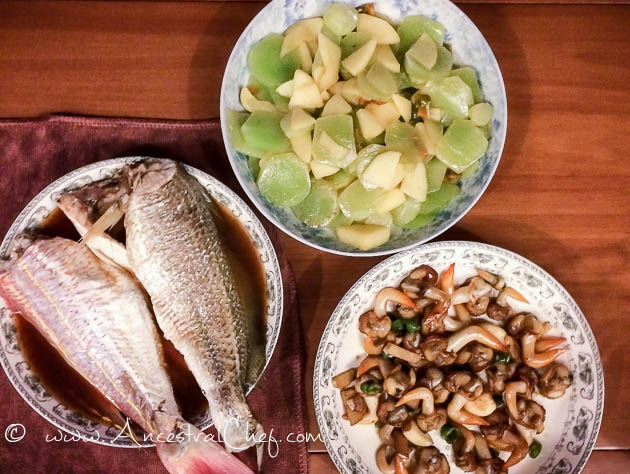