How to Gain Weight on a Paleo Diet 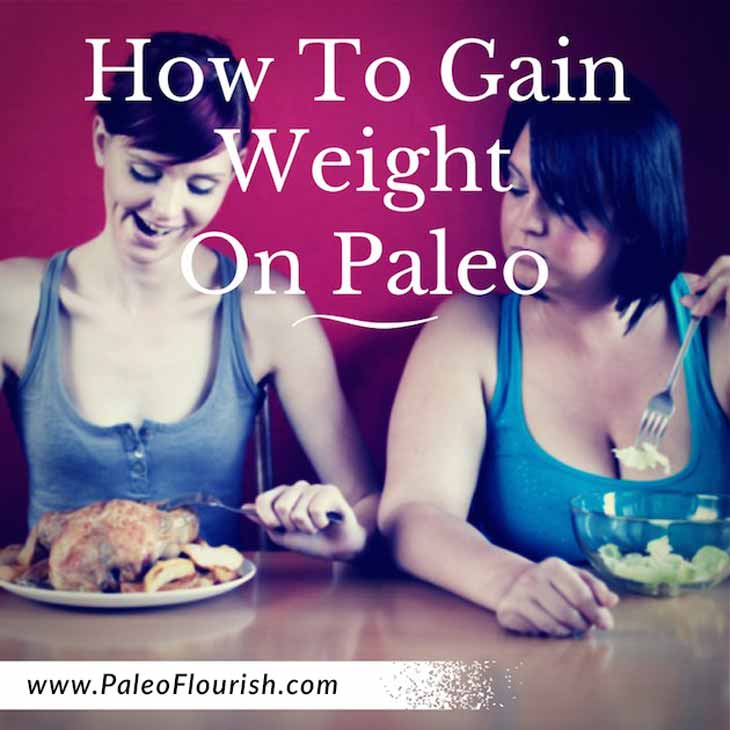 If you’ve ever asked this question (or if you’re wondering right now), then you, my friend, are in a generally enviable position.

Unlike the rest of us, you probably have very little trouble losing weight, and of the 2, it’s almost always easier to gain weight than to lose it.

And doing while Paleo might be a little tougher than doing while eating a standard American diet, but it’s not impossible at all.

How to Gain Weight on a Paleo Diet

Putting on weight is really a matter of doing 3 things, whether you’re Paleo or not…

1. Eating enough calories and protein.  Calories matter, for both losing and gaining weight.  Paleo is generally awesome in that it causes people to eat fewer calories without even thinking about it.

But if you need to gain weight, then that might be a problem for you.  Either way, you’re going to need to make sure you’re eating enough, and that might mean eating when you’re not particularly hungry.

2. Sleeping enough.  Hugely important.  If you’re not sleeping enough, the only possible weight that your body will put on is fat, which is almost never what you want.

At a bare minimum, you should be sleeping at least 7 hours a night, and probably significantly more.  In the bodybuilding world, it’s widely acknowledged that muscle and lean mass is built while resting, rather than while working out, and that is equally true for non-bodybuilders.

If you want to put on weight, you’ve got to sleep.

3. Giving your body a reason to put on lean mass.  You can put on fat without doing this, but if you want to put on good weight, then you need to give your body a reason.  This almost always means some form of resistance training, whether it’s lifting weights, doing bodyweight exercises, or something similar.

It’s Not That Complicated

You can get as complicated as you want, but if you’re not doing those 3 things, then you won’t put on good weight.

And, if you’re committed to doing it with real food, it might mean adding more starches (like potatoes or other tubers) to your diet along with plenty of protein and fats.  Also, if you tolerate it well, adding white rice can be a great way to help putting on weight.

There is no magic, but you can definitely put on weight while eating a Paleo diet.