How To Prevent Egg Muffins From Sticking to the Pan 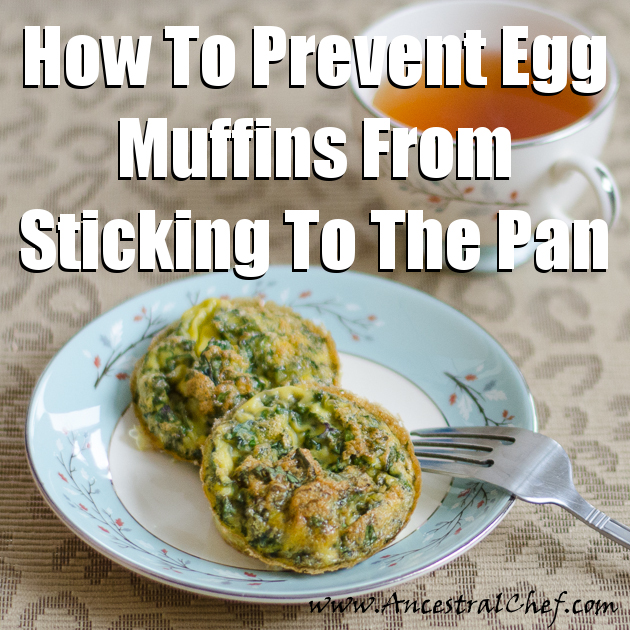 I was at one of Nom Nom Paleo’s book signings recently, and an audience member asked what was the best way of preventing egg muffins from sticking to the muffin pan. Diane Rodgers and Melissa Joulwan were also there, and some interesting answers came up. 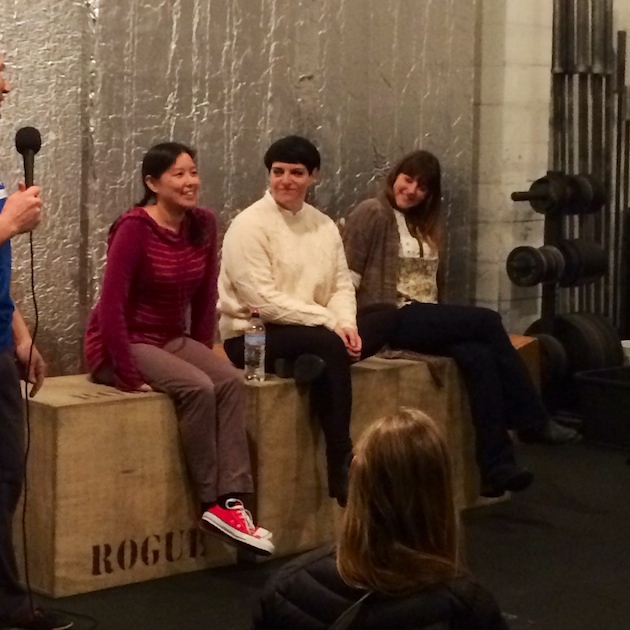 I had my own thoughts about what would work to prevent sticking, but I went ahead and did some experiments (i.e., I made some egg muffins under various conditions)! And since egg muffins are a fantastic pre-prepared Paleo breakfast/snack, I thought I’d share my findings here so no one has to scrub their muffin pan again.

Below are my 3 best methods for preventing egg muffins from sticking to the muffin pan:

Method #1: Use a Silicone Muffin Pan 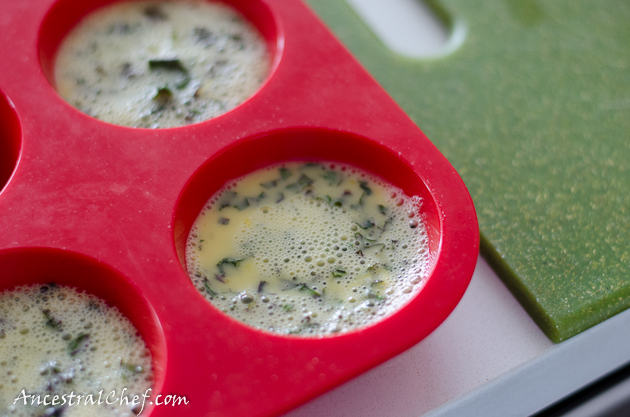 This was my instinctive answer when I first heard the question, and it was the answer Michelle (Nom Nom Paleo) gave. Nothing ever sticks in my silicone muffin pan, not even egg muffins! I’ve made plenty of egg muffins this way before, and it works perfectly! You don’t need to grease the muffin pan at all.

This is the link for the silicone muffin pan that I have. I think it’s fantastic for just $12 on Amazon. 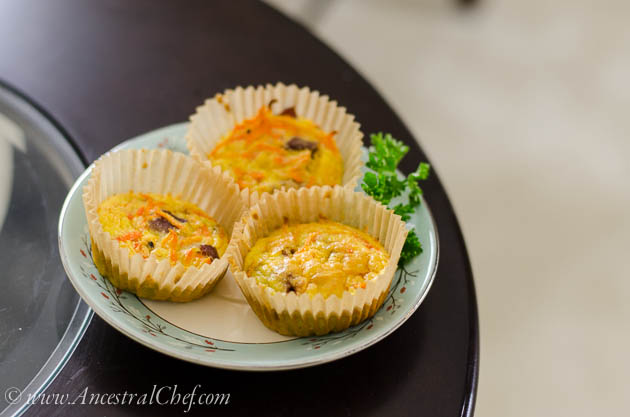 This is obviously a very easy option to save you from scraping your egg muffins out and scrubbing your muffin pan. These liners peel off very easily, and it’s especially great if you’re planning to eat the egg muffins on the go (no grease on fingers). 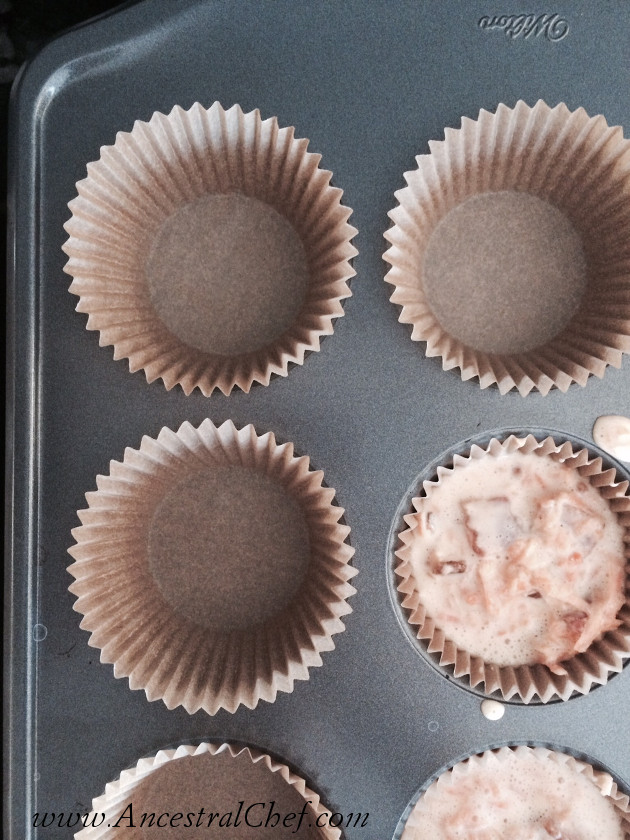 I use these If You Care unbleached liners (you can get them in a lot of US stores, including Whole Foods) and also on Amazon (the link is an Amazon affiliate link). These liners are actually coated with silicone. (Michelle mentioned this option and suggested that people look at Diane Sanfilippo’s blog for the type of liner to use – Diane uses the same liners as me.) 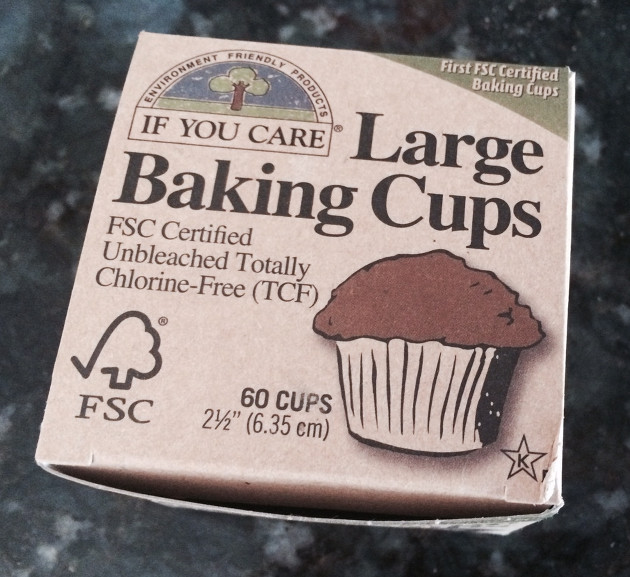 Diane Rodgers said she just greases her pan with bacon fat, and she’s never had any problems getting her egg muffins out. I decided to test this out. I tried it 3 different ways:

First Way: Using Liquid Bacon Fat
I used liquid bacon fat first (since I had just finished cooking some bacon), and greased each cup with a paper towel soaked in liquid bacon fat. Then I dripped a few drops of bacon fat into the bottom of each pan. The result: The egg muffins stuck like crazy, and I ended up spending 10 minutes coaxing them out with a spoon and then another 10 minutes scrubbing the pan! Don’t do this!

Second Way: Using Solidified Bacon Fat
I know that eggs soak up tons of oil (my experience from making scrambled eggs), and so I thought my initial lack of success may have been due to a lack of bacon fat. In particular, most of the liquid bacon fat flowed down into the cup so there wasn’t much on the sides. So, I tried using bacon fat that was more solid (I left the liquid bacon fat overnight to solidify). I spread approx. 1-2 teaspoons of it into each muffin cup (see photo below) so that it covered the sides of the cup as well as the bottom of the cup. 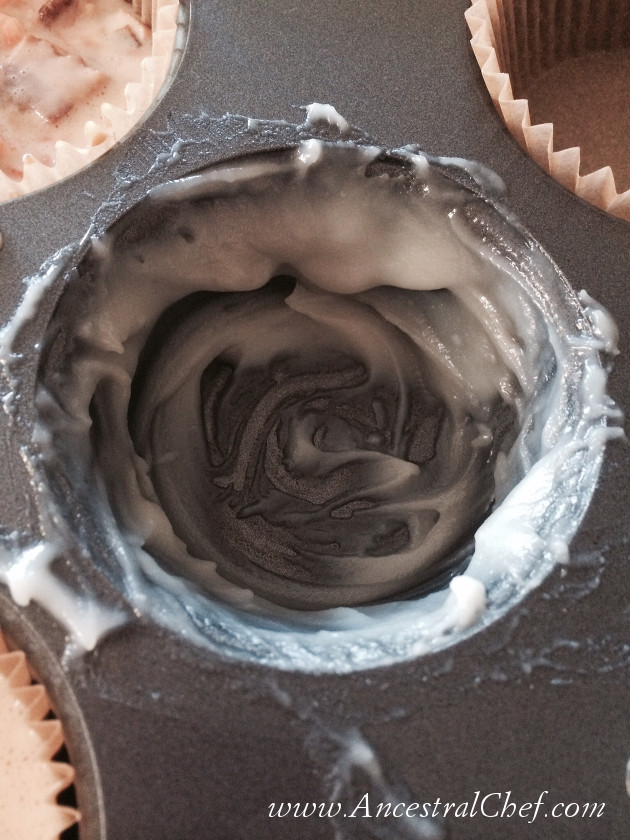 The result: It worked! The muffin didn’t stick at all and came out quite easily (it was a bit greasy). You can see it rose in a different way to the ones in the muffin liners (probably due to the fact that there was more bacon fat in some parts of the cup than others). 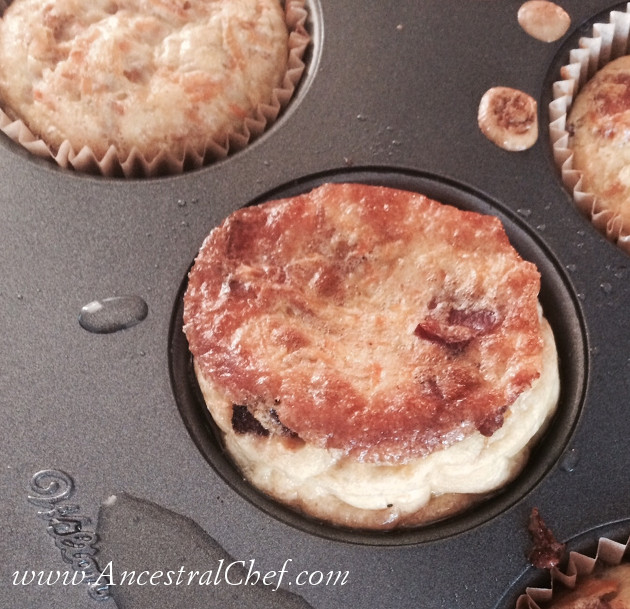 Third Way: Using Solidified Coconut Oil
Last, I tried the same as the second way but with coconut oil instead. It worked as well! So the trick is to use softened (but not liquid) fat so that you can easily spread a thick layer of it on the sides and bottom of the muffin cups.

Ok, now that you know how to make egg muffins without them sticking, here are my 2 favorite recipes for egg muffins: 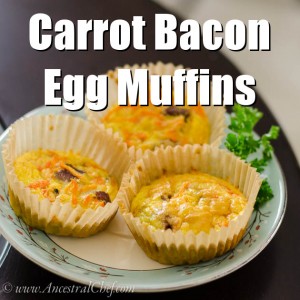 Thank you Louise! This is very helpful!

Ooh. This is so helpful. No more wasted egg muffins! Thanks
for this!

That comment looks a tad spammy, but seriously: I’ll be using the “over-grease” technique on some coconut flour muffins tonight, fingers crossed!

Louise, thank you for all your efforts. From your recipes to your tips!! You are the best!!

I have always been afraid of using silicone bakeware. Is it really safe to use?

I’ve looked into them briefly in the past, and silicone seems to be very inert (i.e., non-reactive).

I have a question. I just made some egg muffins and alot of them came out with a hole in the bottom. they almost looked like just a muffin top. Any thoughts or suggestions?

Hi Melissa – I’ve never had that happen. My first thoughts are these: 1. the mixture wasn’t mixed together well perhaps, 2. did you put baking soda or powder in – this could have caused uneven CO2 production during baking?, 3. the baking tray you’re using is heating up unevenly (too much at the bottom and not enough on the sides).

So timely, thanks! I made the carrot bacon muffins yesterday and used regular liners and they stuck and were very moist. I thought it was because I also threw in some zucchini and realized afterwards about the extra moisture that added. I figured I needed another minute or two bake time. I was sucking the paper clean, so yummy!!

Hmm…I came looking for a solution but now i am confused. I just made 24 egg muffins using solid coconut oil as my greasing agent and had a disaster….each and every one stuck and the clean up was horrible. I believe I greased well, sides and bottom…..grrr. Though I must say looking at your picture again….I certainly didn’t use THAT much fat….

Hi Annette – you have to use a very thick layer of coconut oil as the eggs will soak up a lot of it.

Thanks for sharing your experiments. I, too, have been experimenting with the sticking issue. I finally decided to ditch the muffin tins. I use a 12″ cast iron fry pan, moderately greased and preheated in the oven. Then I just pour the egg mixture into the hot pan and bake. When done, I cut into squares from the middle, and odd shapes around the edges. Not as pretty as muffins, but they do not stick, or fall apart.