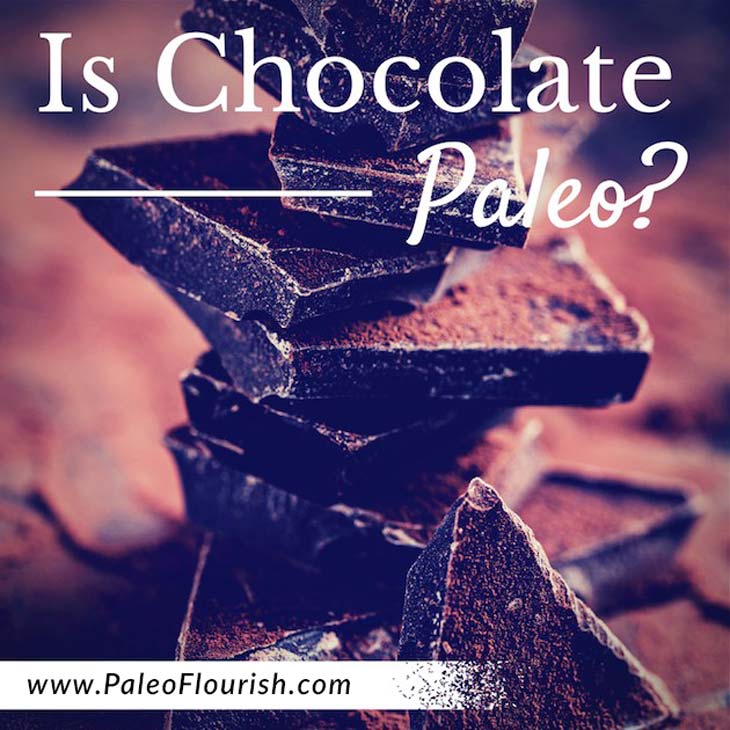 I’m a little bit scared of what people might think.

You see, chocolate is not a normal topic. This is something that’s way more important than being healthy or losing weight.

Chocolate is a religion, and if I say anything bad about it, I’m pretty sure I’d be committing some form of blasphemy.

The Basics of Chocolate

Chocolate begins its life as part of an evergreen tree. On the tree, pods develop that contain beans inside of them.

Once the pods have ripened, they’ll be harvested. The pods are split open, and the beans and pulp are removed from the pods and left to dry and ferment in the sun (anywhere from 2-8 days usually). 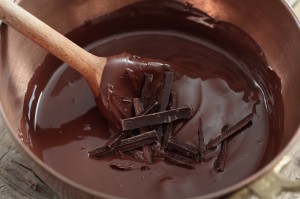 Once fermented and completely dried, the beans are roasted, and the shells of the beans are removed. Inside each bean is 2 things: cocoa butter (very fatty) and a cocoa nib. The nibs are separated from the butter and then ground into a thick paste, called chocolate liquor.

Finally, the chocolate that you know and love is made by combining the chocolate liquor with a variety of other ingredients (often cocoa butter and sugar, but occasionally also vegetable oil, corn syrup, milk, etc.).

And that’s the basic story of chocolate, which obviously gets a little more complicated the more you delve into it.

The Bean that Isn’t

Legumes, although not that bad from a health perspective, are still pretty low in nutrients and often exacerbate digestive issues.

Since chocolate is made from chocolate beans, you might guess that chocolate poses the same issues. However, this is a simple case of mis-naming.

Chocolate beans are not actually beans. Rather, they’re the seeds of a fruit, much like a cashew (which is not a nut).

Still, though, what you really want to know is whether you can eat your chocolate. So here goes.

This should go without saying, but there are huge differences in how healthy one or another chocolate bar is.

Many chocolate bars are filled with vegetable oils and corn syrup, which are in no way part of a Paleo or any healthy diet.

And even high-quality dark chocolates can have a variety of unsavory ingredients, so my best advice is to always pay attention to the ingredients in your chocolate. If it’s anything other than chocolate, some form of sugar, cocoa butter, some flavorings, and perhaps some soy lecithin (not really a problem for most people), then you probably want to walk away.

Any ideas what the rest of it is?

Pretty much all Sugar.

That’s not the worst thing, but it’s something to be aware of, particularly if you’re sensitive to sugar, are insulin resistant, or if you have trouble with sugar cravings. Many people will eat a bit of dark chocolate and then start craving other junk food.

The point is, you know how you deal (or don’t deal) with eating sugar, and if even a little bit of processed sugar is going to throw you over the edge, then dark chocolate may not be something you want to include in your diet.

On the other hand…

Chocolate Itself is Actually Pretty Healthy

Apart from the sugar and other possible ingredients added to chocolate, the cacao bean has a lot going for it:

Rich in Minerals. Chocolate is fairly high in manganese, iron, copper, and magnesium. And we often don’t get enough copper and magnesium. At the same time, chocolate still contains phytates  so you may not absorb all of the minerals in chocolate. However, you’ll absorb some, and that’s a beneficial thing.

Healthy Fat Profile. Chocolate itself is fairly high in fat, and most of those fats are the healthy variety (monounsaturated and saturated), rather than the polyunsaturated Omega-6 fats that most of us try to avoid.

High in Anti-Oxidants and Polyphenols. Everybody is looking for antioxidants, and everybody should be looking for polyphenols. Many of the studies linking dark chocolate consumption to decreased rates of high blood pressure and heart disease are likely at least partially due to the high concentrations of anti-oxidants and polyphenols. In addition, as Mark Sisson has pointed out on his site, chocolate likely also leads to greater UV protection.

So, let’s finally get to the important question: is chocolate Paleo?

Yes, so long as you’re sticking to a high-quality dark chocolate and are watching the ingredients. It’s nutrient-dense and low in toxins, which is the gold standard for determining how healthy it is for you.

However, if chocolate is something that triggers your cravings, then please be careful, no matter how much you like it.

Personally, I actually avoid chocolate most of the time, but just because I find that it makes me feel not all that great. I don’t know exactly why, and I’m not suggesting this is the case for many other people (Louise loves it).

That said, I can’t always resist, and I had a couple pieces as I was writing this article.