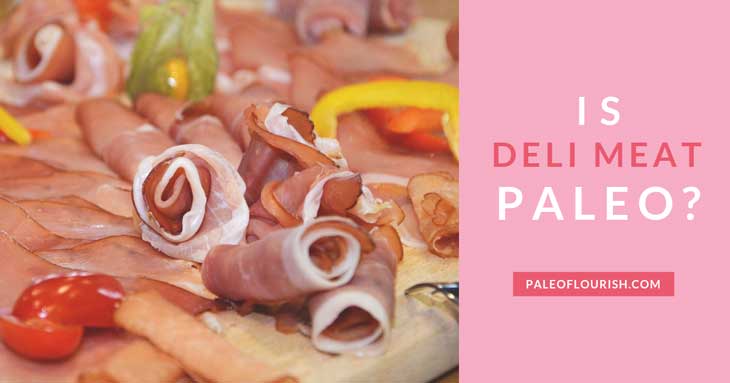 When it comes to convenience, it’s tough to beat deli meat.

Ham, turkey, salami, prosciutto, roast beef, and dozens of other options are sold in almost every grocery store, and they require no preparation whatsoever to eat.

Traditionally, lunches and sandwiches rely heavily on such cold cuts, but there are a ton of popular news articles that paint these meats as incredibly unhealthy.

There are a lot of reasons bandied about as to why deli meats may be unhealthy. I’ll quickly look at them one-by-one:

1. Nitrates and Nitrites. Nitrates and nitrites are often used as preservatives in deli meats. And somehow, it’s become “common knowledge” that nitrates and nitrites contribute to cancer and heart disease. Luckily, that isn’t the case. Check out Chris Kresser’s article for a full explanation as to why, but the short answer is that the science just isn’t there, and most nitrates come from either vegetables or our own bodies anyway.

2. Oxidized Fatsand Heterocyclic Amines. When many foods are exposed to high temperatures, either the fats or the combination of sugars and proteins start to change and create compounds that are harmful to humans. And this is potentially the case for some processed meats like bacon, hot dogs, etc. However, most deli meats are cured rather than cooked, and those that are cooked are usually cooked at a low temperature.

3. Low-Quality Animals. This is something that can’t be overlooked, particularly in the US. Most deli meat is not made from animals that were fed natural diets or taken good care of. So much of the deli meat that you can buy is of a lower quality as a result, but probably no lower than much of the raw meat you could buy at the same grocery stores.

4. High Sodium. This is another common critique of deli meats, and it’s not completely off-base. The thing is, overall sodium intake is less important than the sodium-to-potassium ratio, but since deli meats are high in sodium and not in potassium, that’s not a good thing, health-wise.

5. Additives. The worst part about deli meats is often not the meat itself – it’s what’s added to the meat. For instance, many deli meats contain things like gluten, processed sugar, artificial flavors, and other additives. Eating foods containing these ingredients may be more than a little risky.

The good news is that some deli meat comes to us free from terrible additives and possibly even from humanely-raised animals. And it’s this sort of meat (which looks more like actual meat) that Paleo experts generally agree can mean the difference between a yucky food and a great snack.

Nell Stephenson says: “Nix those oh-so-common options that we see in any random grocery store, like good old Oscar Meyer Bologna or Buddig Chicken and investigate which, if any meats are available to you that truly do fall within the parameters of Paleo. [Aim for] an ingredient panel such as ‘Ingredient: turkey.’ That’s what you’re going for, and if there’s anything else included, do you best to pass on that brand until you find another.”

Mark Sisson says: “My general recommendations are to stick to the quality stuff, with ingredients you recognize. Eat moderate amounts. Use it as a garnish, trail food, with cheese (if you do dairy), or as a topping on other dishes. Buy from trusted suppliers if it’s cured and in sausage form; if it’s straight up turkey breast or roast beef, make sure it comes from a single slab of real animal.”

So is deli meat Paleo?

Yes, but be cautious.

Make sure to look for meat that does not contain the additives mentioned above, and try not to make deli meat the center of your diet.

The best deli meat has a visible grain or streaks of real fat from the source, and it’s even better if your deli meat comes straight from a single animal. If you cannot find this quality deli meat, it may be best to cook your meat at home and slice it yourself. That way, you can guarantee its ingredients.