Home » Blog » Lifestyle and Mindset » Sleep » Is Eating Late at Night Bad for Me?

Is Eating Late at Night Bad for Me? 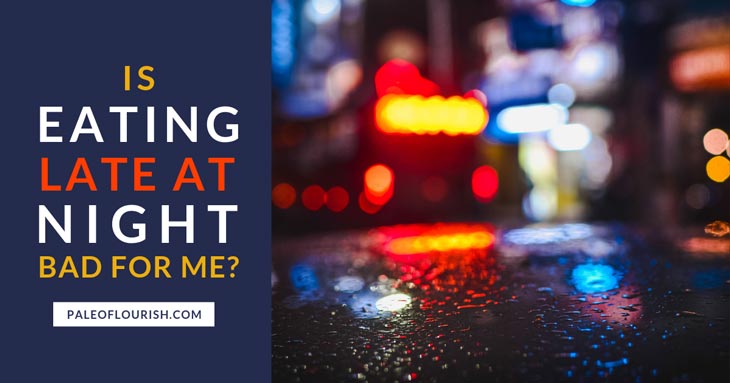 Recently, someone asked me how to stop eating late at night.

It stumped me, not because I couldn’t think of an answer, but because I didn’t understand why anyone would even ask.

I’m not being mean – I don’t mean it’s a dumb question – rather, I didn’t even realize that people thought it was a bad thing.

Eating late at night is a problem, Per Se

In general, it’s better to eat fewer meals (you eat less, plus it gives your body time to be doing something other than trying to control blood sugar levels).  But it’s not a huge deal. 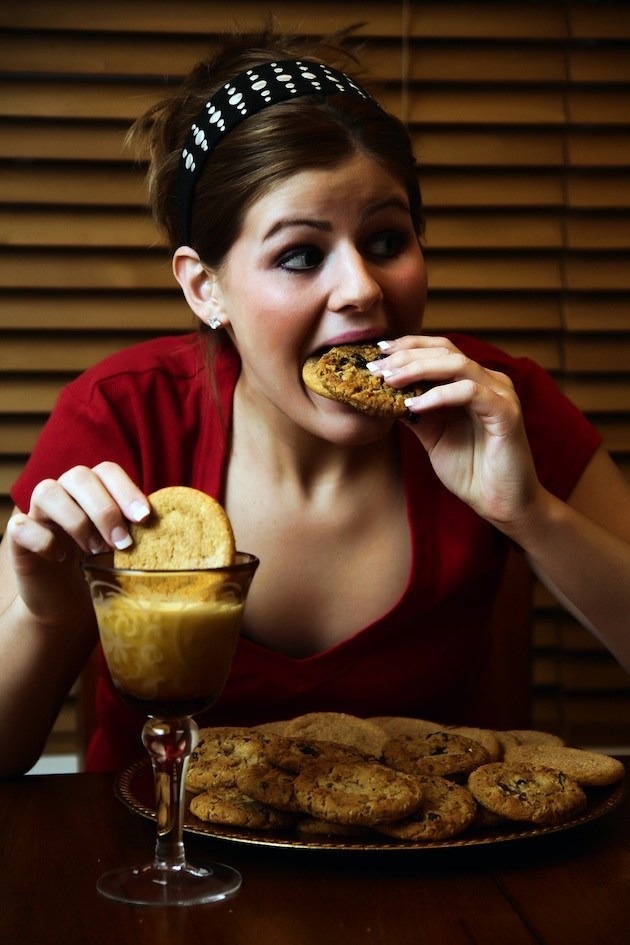 More importantly, what time you eat doesn’t seem to have much impact at all on your health (according to many studies), unless you have specific conditions (such as adrenal fatigue, in which case, you probably need to eat some protein first thing when you wake up).

So unless there’s a specific reason that you’re worried about eating at night (like it’s keeping you awake), I wouldn’t stress too much about it.

However, I do have a few tips to fix it if you want to.

How to Stop Midnight Snacking

1. First, go cold-turkey on late-night eating.  Your body adjusts to eating at certain times, and you generally get hungry just before the times you normal eat.  That’s your hormones at work.

Consequently, if you don’t eat at night for a week or so, you’ll stop craving it nearly as much.

2. Second, eat a bigger and fattier dinner.  Often, cravings are actually a result of being hungry, so just eating a more filling dinner can help.  Fat and protein tend to be more filling than carbs, so focus on fatty meats or seafoods, as well as good Paleo oils.

There are other potential tweaks, but those 2 tend to have the biggest effects on cravings at a particular time of day.