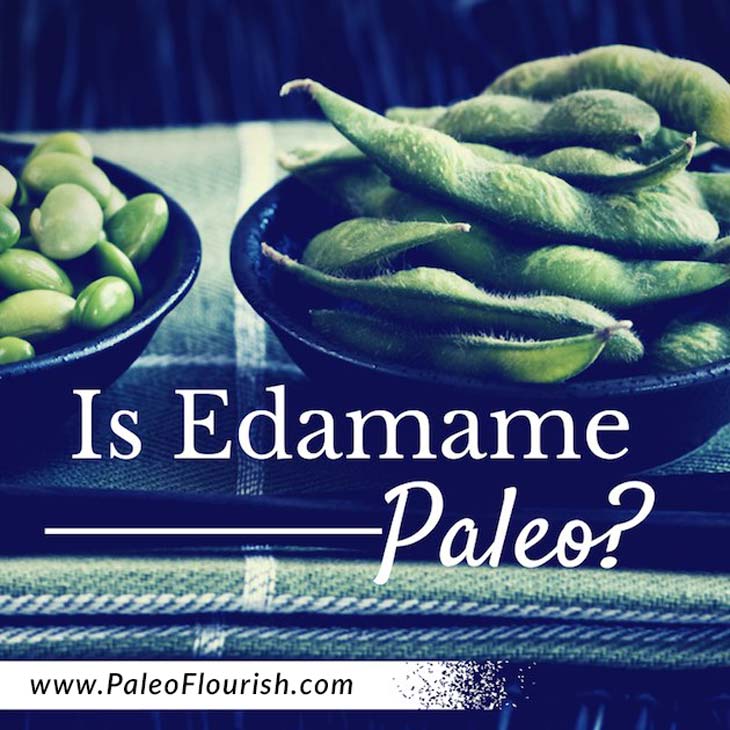 If you’re like many people, you hear the word edamame and go, “Eda-what?”

Basically, you can think of edamame as boiled green soybeans, and their healthful benefits have been touted far and wide ever since Faith Hill started snacking on them backstage during concerts. But are edamame really a healthful Paleo option?

What You Should Know About Edamame

Edamame are the babies of the soy family—young, and still in the pods—but that doesn’t make them any less of a soy product.

Soy contains powerful toxins, especially phytoestrogens (note the term “estrogen” in that word). These toxins interact with estrogen receptors in the body, which can throw off hormones and lead to a whole host of unwanted side effects; one study discovered a possible link between phytoestrogens and irregularities in the prostate, including cancer.

Additionally, edamame is unfermented, meaning that it doesn’t have all the nutrients of something like natto.

However, it may be too early to throw edamame out of the race just yet. Compared to other sources of soy, edamame has a clear advantage: the fatty acids are mostly monounsaturated (which is great!), and compared to mature soybeans, edamame’s phytoestrogen levels are quite low. The beans also have a decent amount of magnesium and folate, a B-vitamin that helps our body to replicate DNA and divide cells properly. That’s pretty important!

Since edamame have both toxins and helpful nutrients, it can be difficult to know just where on the Paleo spectrum these baby beans fall.

What Do Other Paleo Experts Say – Is Edamame Paleo?

Mark Sisson says: “Not Primal, but don’t stress over a couple handfuls at a sushi restaurant. While I wouldn’t make it a regular part of my diet, edamame appears to be relatively benign as an occasional snack. Just don’t eat bucketfuls, don’t make it baby’s first food, and don’t get into edamame pancakes or some silliness like that.”

The team at Whole30 says: “Do not eat legumes. This also includes all forms of soy—soy sauce, miso, tofu, tempeh, edamame, tamari and all the ways we sneak soy into foods (like lecithin).”

So is Edamame Paleo?

No, but don’t panic if you slip up.

Because edamame has lower levels of toxins compared to other forms of soy, fitting it in as an occasional snack should be fine.