Is Ghee Paleo? (More Specifically, Why Ghee is Amazing…) 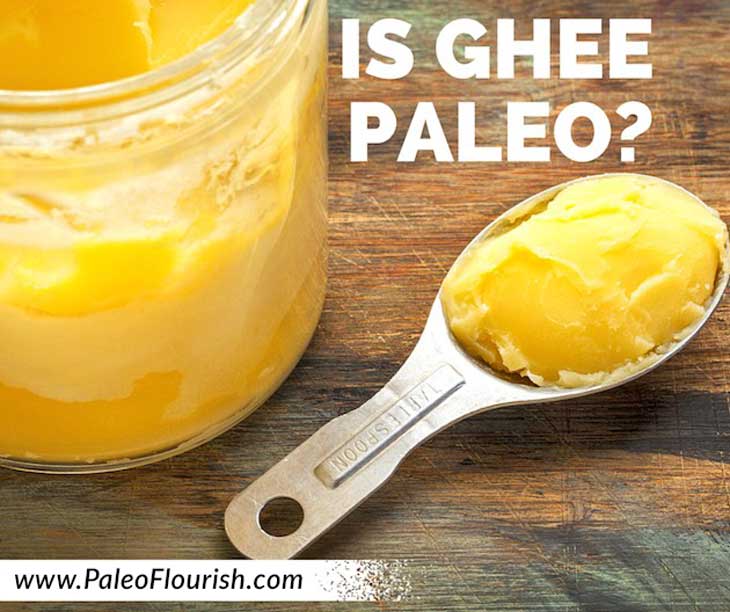 I didn’t grow up exposed to a lot of foods that you might consider to be traditionally non-American. (Whatever that means, but you get the idea.)

Ghee is certainly such a food.

In fact, when I first read about it, I didn’t even know how to pronounce it. Gee? Jee?

I had no idea, except the vague understanding that people seem to spread it on things.

Turns out that ghee is, in some sense, butter. But it’s not butter in the way most Americans are used to it.

Ghee is a type of clarified butter. That means that ghee is what you get when you take butter, evaporate the water out of it, and then filter (or “clarify”) it to remove the milk solids. (For ghee – as opposed to other clarified butter – the milk solids are also simmered with the fat to create a caramel and nutty flavor.)

The result is a nuttier, clearer-looking version of butter that is very stable at room temperature. Ghee has been around for a long time—in India, it’s commonly used for cooking and also medicinally, and it has been used for thousands of years.

Recent studies into ghee are still few in number, but they’re growing by the day. What scientists have discovered so far is that ghee does decrease the risk of cardiovascular disease; antioxidants present in the ghee are a big part of this healing effect, as they help protect the body against oxidative stresses. In fact, scientists are beginning to discover an inverse correlation between this type of butter and heart disease—those who eat more ghee tend to be less likely to suffer from coronary heart disease. On top of that, consumption of ghee does not alter your body’s serum levels. Because of this, researchers have claimed that ghee is a beneficial addition to the diet.

However, many people are worried about the saturated fat content present in ghee, and they say it should only be consumed in moderation because it does not contain many of the nutrients present in actual butter. Paleo experts can sometimes be torn on whether or not to use ghee, but there does seem to be an overall consensus. 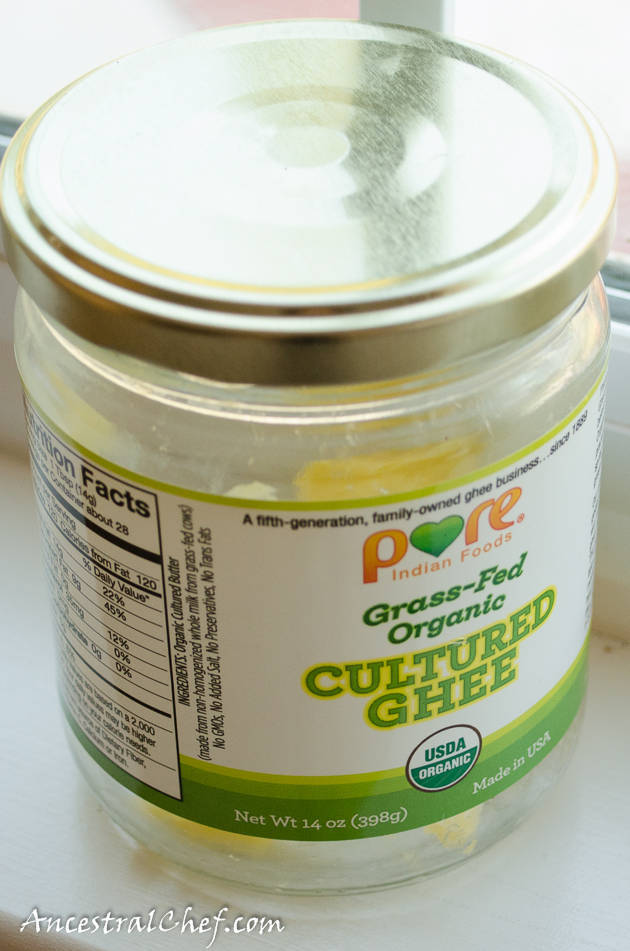 What do other Paleo experts say?

The Whole9 Team says: “The only way we can recommend eating butter is if it comes from a humanely raised, grass-fed, organic source, and you take the time to clarify it. There are no major down sides to butter produced in such a manner, and we can happily recommend you use your clarified butter or ghee as one of your (varied) added fat sources. (Just so you know, ghee and clarified butter are similar but not identical; ghee is heated longer, until the milk solids brown. That imparts a richer, smokier flavor into the butterfat.)”

Mark Sisson says: “Animal fat has been unjustly demonized and there’s a lot of misinformation out there. Make sure the ghee you buy comes from pure butter, and butter alone; some brands combine vegetable oil with butter to make their ghee.”

So is Ghee Paleo?

Ghee is a great thing to add to a Paleo lifestyle. Try tossing your veggies in it! As Paleo experts have warned, though, be careful to get your ghee from a reputable source (like Pure Indian Foods) to ensure that it isn’t mixed with vegetable oil. We really like this ghee from Amazon. You want nothing but pure butter in there! Making ghee at home is a great way to save some money, too.