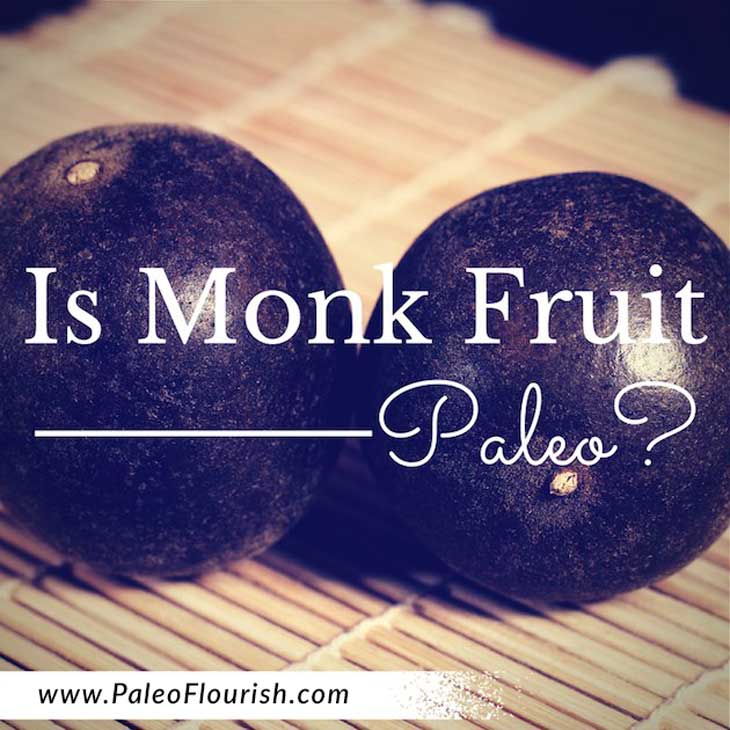 If you’re anything like most people, you’ll read the title and think, “Oh, monk fruit. That’s great! …What’s a monk fruit?”

Monk fruit has been a hot topic in the Paleo community recently, as it may have potential as a new (and possibly Paleo!) sweetener. Monk fruit, also sometimes known as luo han guo, is a unique plant grown only in China. It got its name from the Buddhist Luo Han monks, who were some of the first to cultivate the fruit hundreds of years ago.

But with all of the toxic compounds and negative side effects associated with other artificial sweeteners, can monk fruit really be a part of the Paleo diet? Or is it just another Paleo no-go?

What you should know about monk fruit

Many people who have tasted monk fruit say that it tastes like chocolate or molasses, and its flavor isn’t the only thing that has people talking. The sweetness in monk fruit comes from a type of glycoside called mogrosides, and these mogrosides are full of antioxidants that help the body function healthily. Additionally, monk fruit helps to reduce oxidative stress on the body, so your body receives the support that it needs to function at full potential.

One study on the effects of monk fruit on the body showed no toxic effects; in fact, the animal subjects were given large amounts of the luo han guo sweetener (3g per kg of their body weight—on a 10lb dog, that’s 30g of sweetener!), yet they showed no ill effects and did not gain weight.

So then, what negative effects does monk fruit have? Aside from the rarity of its habitat (only in Guangxi, China), Paleo experts agree—it’s great!

Mark Sisson says: “Legend has it that the monk fruit vine sustains its caretakers by enveloping them and transmitting pure life-force directly into their hearts. And if you have the climate to grow monk fruit, you might try setting up that whole symbiotic relationship/lifeforce exchange thing (perfect for people who telecommute). I’d say it’s worth a shot if you’re looking for a non-caloric, natural sweetener. Verdict: Primal.”

Jane Barthelemy says: “Luo Han Guo is a 100% natural Paleo sweetener. I suggest caution in buying Luo Han Guo as it is often mixed with other ingredients such as cane sugar or dextrose (a corn sugar), [but] I believe it to be a very good concentrated sweetener.”

So is monk fruit Paleo?

Monk fruit is a promising addition to the Paleo diet, offering sweetness and nutrition all in the same package. Be careful when buying in order to avoid monk fruit mixed with artificial sweeteners like corn. This brand on Amazon is pretty pure.

Some Paleo experts suggest Swanson as a good supplier of high-quality monk fruit extract (this brand on Amazon gets great reviews), and if you want to powder it yourself, ask any Chinese medicine herbalist for Plum Flower brand momordica fruit.