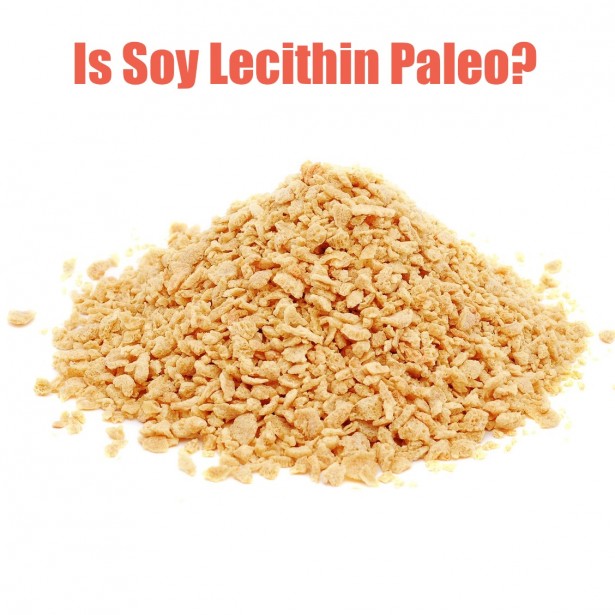 As a by-product of soy oil extraction, soy lecithin is used as an emulsifier in hundreds of processed foods and is even sold over the counter as a nutritional supplement. It keeps water and fats from separating in foods like margarine, peanut butter, chocolate, ice cream, coffee creamers and infant formulas.  It also helps prevent spoilage and extends product shelf life.

The words “by-product of soy” and the lengthy list of processed foods that contain it might lead you to guess the answer to whether (or not) soy lecithin has a Paleo-friendly profile, but let’s take a closer look.

Anything containing the word “soy” is a food that most Paleo enthusiasts have been taught to stay away from.

The estrogenic activity of soy-based products is one of reasons they’re so undesirable from an evolutionary dietary perspective.  The estrogen dominance they can trigger can interfere with the body’s normal hormonal and metabolic processes. 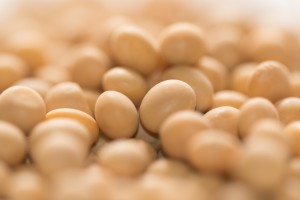 While there is some variation in the Paleo community about whether a very small amount of soy lecithin is allowable as an ingredient, many preclude it from their list of acceptable foods.

Mark Sisson says: “I would caution any soy-sensitive individuals to stay away from soy lecithin, just to be safe. If you’re worried about missing out on a great dark chocolate, plenty of legit brands contain no soy whatsoever. Just check your labels. I would also suggest that any chocolate eaters with unexplained unpleasant symptoms make sure the chocolate they favor contains no soy lecithin, and try switching to a soy-free brand for a month. If you feel better, you might implement soy lecithin avoidance as a general rule. Everyone else, don’t shy away from good dark chocolate. Just don’t eat it too often, supplement with soy lecithin, nor feed your baby dark chocolate.  Not Primal, but small amounts in occasional chocolate shouldn’t be too bad for most people.”

Chris Kresser says: “Like cereal grains, soy is another toxin often promoted as a health food. It’s now ubiquitous in the modern diet, present in just about every packaged and processed food in the form of soy protein isolate, soy flour, soy lecithin and soybean oil.”

Robb Wolf says:  “You know, when we’re talking about lecithin or some stuff like that, I mean it makes life so much easier. Unless you have a real gnarly soy allergy, I think it’s fine. Things like soy lecithin are totally good to go.”

No.  Soy lecithin is a processed product and has estrogenic and potentially allergenic properties.

However, when it’s found in small amounts as a minor ingredient in “occasional” foods like dark chocolate, most individuals can tolerate it.  Still, pay attention to how your body reacts after eating foods that contain it.

Anything in moderation is fine, and I generally agree with these experts. BUT the history of soy lecithin makes it totally unappealing. At the turn of last century, manufacturers had all of this leftover sludge from making soybean oil. It was originally going to the dumpster. The government figured out what to do with it by funding a lot of research. This, they figured out that the sludge could thicken all types of foods like chocolate.

I would advise against it because the chocolate bars with soy lecithin might have other ingredients we shouldn’t be poisoning our bodies’ with. It’s a slippery slope, albeit long, until we start making exceptions for nitrates in our sausage, and soy protein in our meats (here’s looking at you Boars Head)

I just started a 30-day Paleo diet. I found “paleo” bars at the grocery store called Cave Man. They are all-natural, gluten-free, paleo, daily-free, minimally processed, blah blah blah. I grabbed two, threw one in my lunch bag today, and just now as I’m beginning to open it, I decide to take a closer look at the label. Amongst the healthy, definitely paleo-friendly ingredients are brown rice syrup, cane sugar, and soy lecithin. This concerns me that they are marketing it as an absolute paleo-friendly snack. I’m a paleo novice, but I’m really trying to get into it. I decided to research soy lecithin and ended up here. Is there anyway these Cave Man bars could still be paleo? What am I missing?

You know what’s funny, I just ate one of these. I saw what it said and didn’t read the the ingredients, now I feel duped. I have a slight tummy ache :(. Not sure what ingredient it’s coming from. I for sure won’t be these again. I spent $10 on these and I am not happy though the flavor is spot on for me. I am thinking about just making my own. Honestly, if my tummy didn’t feel discomfort I would finish the box, but I will give them to a friend.