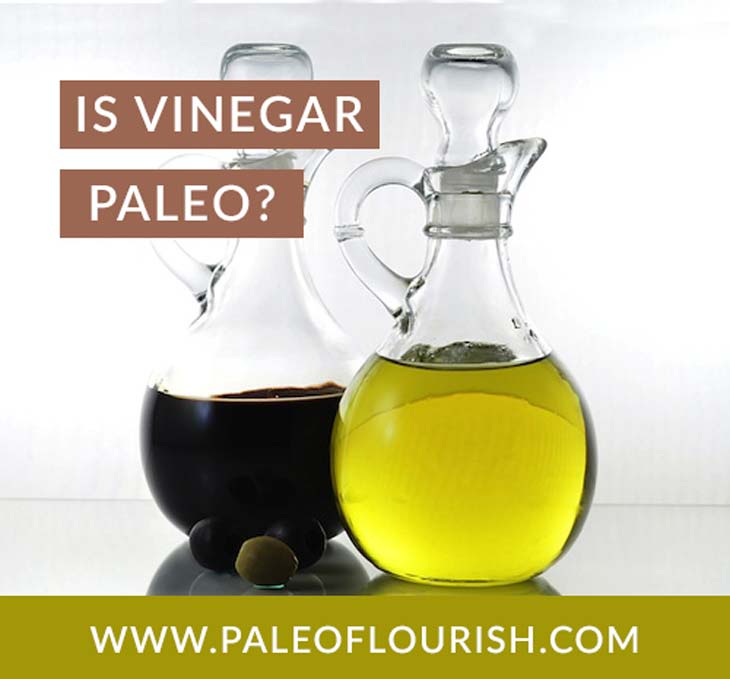 Some History on Vinegar

Vinegar has been filling bottles since the Babylonians crafted it from fruits in 5,000 B.C. and has been used as both a flavoring and a preservative. Created by using bacteria to break down ethanol from foods into different components, vinegar also contains many different compounds. Chief among these compounds is acetic acid, which gives vinegar its unique characteristics. Anything that contains ethanol can be used to make vinegar, including, wine, champagne, cider, or even beer. In addition to its characteristic acetic acid, other components in vinegar include vitamins and minerals and a variety of distinct flavor compounds.

In addition to making our food tasty, however, vinegar also offers a few health benefits.

2 Types of Vinegar with Health Benefits

First, a quick video explaining why Vinegar is Paleo and showing you 2 tips for using vinegar that will save you money and time and will give you more nutritious meals.

Two types of vinegar in particular, apple cider and balsamic, may offer some notable health benefits. Apple cider vinegar (ACV) has been shown in some studies to enhance digestion and support immunity because of its antibacterial and antiseptic characteristics. Also, ACV has demonstrated an ability to lower blood glucose and insulin levels after a carb-laden meal. Raw apple cider vinegar is most often recommended as the vinegar of choice because it contains the “mother culture”–the bacterial culture used to ferment the ethanol and thought to offer the greatest concentrations of immune-boosting compounds.

Balsamic vinegar, made from the ethanol in grapes, is a good source of minerals, containing moderate amounts of the RDAs for calcium, iron, magnesium, phosphorus, potassium and manganese. Studies show it may inhibit atherosclerosis and it also contains polyphenols, compounds that have been shown to have anti-cancer properties.

There are also two main types of balsamic vinegar. The first is made adhering to traditional practices and standards. It involves reducing grape juice (from grapes produced in particular regions in Italy) to 30% of volume to form what is known as a must. The must is then fermented over a period of 12 years in different types of wooden barrels. While in the barrels, the vinegar develops its distinct flavor and produces a variety of bioactive compounds. While this is “the good stuff” and sells for upwards of a few hundred dollars a bottle, it’s known as traditional balsamic vinegar, or Aceto Balsamico Tradizionale.

The other type of balsamic vinegar is known as Modena, which is produced with wine vinegar, caramel and the must of a grape. This more “common” version of balsamic vinegar is also aged, but it isn’t sitting in a barrel for as long as a dozen years. On average, this vinegar ages for just a few months. Because it contains caramel, it may contain gluten, so it’s important to know exactly what’s in it. 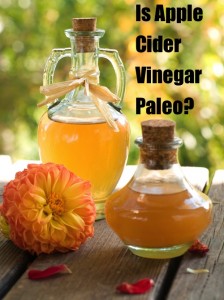 The short answer is No, because vinegar doesn’t naturally exist and is created by undergoing processing. This would disqualify it from the strictest Paleo interpretation to use only foods that are not processed.

But… vinegar is one of several “grey area” foods—those that are not strictly Paleo, but have been widely adopted by those following a Paleo lifestyle in a modern age. Different people have their own definitions of what is Paleo for them, and although certain foods and flavors were not perhaps traditionally found in the Paleolithic diet, (but can have a neutral or even beneficial effect on health), they’re fine to use. Grouped with Paleo-acceptable additions like lacto-fermented vegetables, raw butter, bee pollen and magnesium supplements, vinegar is sanctioned as “legal” and enjoyable by many Paleo followers as a source of support and to add variety to their other food choices.

What do the Paleo gurus say?

It’s not a traditional Paleo food, but if you watch what kind you choose (i.e. none containing gluten or sugars) vinegar can be incorporated in most Paleo regimens to support and enhance the diet.

Awesome… just started and this is a MUST for the salads 🙂

[…] Is vinegar Paleo? It has been controversial but in the long run Vinegar can add health benefits to your diet and therefore is acceptable in the Paleo Diet.  Here is a great website that explains – https://paleoflourish.com/is-vinegar-paleo […]