Lectins – Are Your Food and Diet at Risk? 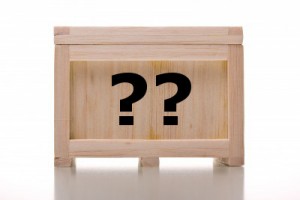 Let’s be honest – lectins are not a particularly popular topic. We read a lot more about gluten, toxic metals, and genetically modified foods.

Many health experts, however, are ardently opposed to lectins.

Well, it’s not always clear. Mark Sisson put together a good article about lectins, but I thought I’d give a bit more thorough round-up of the literature on lectins.

So What are Lectins?

Lectins are a group of proteins.

In general, there are 12 major lectins, although there are actually quite a few more (about 119 known types total). I’ll talk about a few particular lectins below, but for the most part, it’s enough to know that lectins are a group of proteins.

Where Do Lectins Come From? 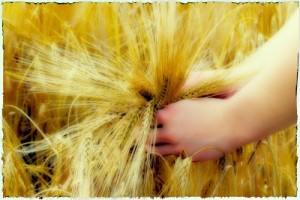 Lectins exist in a wide variety of foods, but they’re generally prevalent in much larger quantities in plants than in animals. All in all, some studies show that lectins exist in at least 30% of all foods as eaten.

Toward the bottom of this article, I’ve included a section on which foods contain the “worst” lectins (i.e., the lectins that are mostly likely to cause health problems for humans).

What Do Lectins Do?

There are a lot of different and obscure reasons that plants and animals produce lectins, and for our purposes, we don’t really need to know most of the functions of lectins. 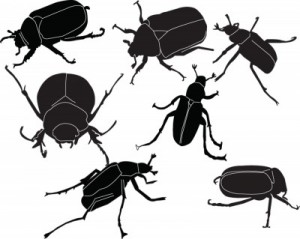 In plants, however, there is one very important function that lectins perform: Lectins act as a natural pesticide.

In this way, lectins deter animals from eating the plant, and if the animal does so anyway, it’ll likely poop out the seed without digesting it.

Are All Lectins the Same?

All lectins are similar, but they’re not exactly the same. One of the things that makes all lectins similar is that they all like to bind to sugar molecules.

The difference, though, is that different lectins like to bind to different types of sugar molecules. And this is a very important distinction when we think about how certain lectins might affect our health.

When I talk below about the ways that lectins can affect our health, it will be important to remember that WGA likes to bind to NAG. (It’s a slight misspelling, but “WAG likes NAG”).

What are the Problems with Lectins?

This is the question that you’ve been waiting for, right?

What can lectins do to you? And does it matter?

Remember how WGA (one form of lectin) likes to bind to NAG (a sugar)?

Well, here’s an interesting fact: The cells of our intestines are lined with NAG. (This is a bit of oversimplification, but still pretty accurate.)

That means that WGA (a lectin) likes to bind to the cells of our intestines. And this is not a good thing:

So Every Lectin Does These Terrible Things?

No. Many lectins have almost no effect on someone who is healthy.

For instance, most people can eat raw tomatoes without any problem. And yet, raw tomatoes have a lot of lectins in them.

I’ve been using WGA as an example of a “bad” lectin, but WGA is not the only lectin that likes to bind to NAG, nor is NAG the only sugar in our bodies.

Many of the bad lectins fall into a group known as “Chitin-Binding Lectins.” A chitin is a long chain of NAG (N-Acetyl Glucosamine), which is the sugar molecule that is preferentially bound by WGA (and a few other lectins).

The lectins in potatoes, tomatoes, barley, and rice also bind to chitins.

WGA is a form of lectin that is better researched and documented, but that doesn’t mean that other lectins can’t cause similar problems. In fact, cells of our intestines are affected by quite a few lectins.

What Foods contain the Worst Lectins?

The worst lectins are found in the following foods: 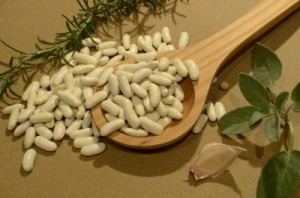 It’s long been known that certain foods like Kidney Beans and Castor Beans contain especially toxic lectins. In fact, the lectin Ricin, which is found in Castor Beans, is so toxic that it’s used as a weapon in biochemical warfare.

Fortunately, soaking and cooking something like Kidney Beans will destroy enough of the lectins to keep them from killing us. I’ll talk below about whether that means we should keep eating them.

These foods often don’t cause quite as many problems for people, but they’re something to be careful with.

Dairy, in particular, is a group of foods that isn’t usually associated with lectins, but the lectins in milk are actually “designed” by nature to cause leaky gut, since infants who are drinking milk actually need to get a mother’s hormones and antibodies directly into their bloodstream in order to develop their immune system (thanks to Sarah (The Paleo Mom) for pointing this out).

One other group of foods to be especially careful with is Genetically Modified foods. Many GMO foods have lectins spliced into them as part of their manufacturing process, and the toxicity and resistance to heat of the lectins in GMO foods is relatively untested and unknown.

Don’t Our Bodies Break Down Lectins Before They Hurt Us?

No. Neither our small intestines nor the bacteria in our guts can generally break down lectins. 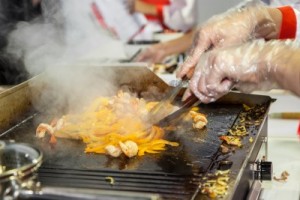 Excellent question. Many lectins are broken down by heat, but this is not true for all lectins. And it matters what type of heat (wet or dry) and how high.

Remember, though, that some lectins are not as toxic as others. So, for instance, although lectins in carrots may not break down as easily when they’re cooked, that doesn’t mean that they’re anywhere near as bad for us as the lectins in many legumes and grains.

The biggest problem is that there is little evidence to show that cooking completely removes all of the toxic lectins from food, as there isn’t a ton of testing data floating around.

Apart from cooking, sprouting can also reduce the amount of lectins in a food (Lis H. et al. In The Biochemistry of Plant Lectins, Vol. VI, NY Academic Press, 1981).

Why Isn’t Damage by Lectins Diagnosed by Doctors?

In general, the damage done by lectins like WGA is hard to diagnose, because of the type of harm done. Lectins don’t usually cause the production of antibodies or allergic reactions, so testing won’t usually detect the damage (for instance to the cell lining of the intestines).

So How Big of a Problem is this Really? 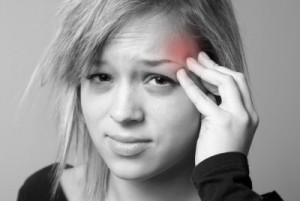 It may be surprising, then, to hear me say that I don’t think lectins are something that most people need to worry about.

Although very little good that comes from eating lots of lectins, if you cook your food, then most lectins will be deactivated (a fancy way of saying they won’t hurt you).

What Should I Do To Make Sure Lectins Aren’t Destroying My Health?

Are lectins something that you’re very concerned about? Why or why not? Please let me know in the comments!

Great simple and easy to understand! If I cook tomatoes for sauce does that breakdown lectins? Thank you!

For the most part, yes. Almost all lectins are broken down by cooking. Tomatoes are a nightshade and FODMap, so some people will still experience digestive issues. Just notice how your body reacts.

Excellent info on non-healthy foods.. Opened my eyes to read more on what’s new in foods today. Thanks for the article.. How can I get a copy of this article??

Thanks for the comment. You can print out the article (it’s only published online).

So, I am a vegetarian. Beans are one of my main sources of protein (I stay far away from any soy product – edamame, soy, tempeh,) I eat a lot of dark green leafy veggies, don’t eat any grains besides quinoa and well over 90% of my diet is unprocessed food. I have been reading a lot of health related articles – some of them like yours says that we should limit our legume intake, but they don’t really give a good substitute for protein for vegetarians or vegans. What would you recommend?

It’s a great question. For both vegans and vegetarians, I wouldn’t recommend cutting out legumes unless you have a lot of gut issues, an auto-immune disease, or some other reason to think that you really need to heal your gut. Legumes are probably the least bad of “non-Paleo” foods. I don’t think that they cause a whole lot of problems by themselves, but they can contribute and make it harder to heal. If you’re vegetarian (and not vegan), then I’d definitely try to keep eating raw and fermented dairy. (As with anyone, I’d eliminate all dairy for 30-60 days to make sure that you react well to it, but if you do, I’d drink raw milk, kefir, and full-fat yogurt.) Otherwise, yeah – if you’re vegan, you’ve almost gotta eat legumes. Although it’s not a lot, potatoes and sweet potatoes also have a pretty full range of amino acids, which is often overlooked.

Thank you for the quick response!