Lomo saltado is a traditional Peruvian recipe that has distinct Chinese flavors. This dish is often served over white rice and with French fries. I first tried it several years at a Peruvian restaurant in New York City, and I feel in love with it instantly! It was so flavorful but yet so simple.

Of course I had to go and recreate it at home! It’s a very simple dish (especially since I skip all the marinading that’s traditionally done), but there’s one trick to it – slice the beef thin.

For this dish, use 1lb of a round roast or something similar, and freeze it for a bit (until it feels firm but not frozen). Then, using a good knife (I use this one, which judging by the number of positive Amazon reviews must be pretty popular!), slice the beef fairly thin (it doesn’t need to be super thin). Cook the beef slices in a skillet in some coconut oil. Try to put in the slices one at a time so they don’t all clump up. 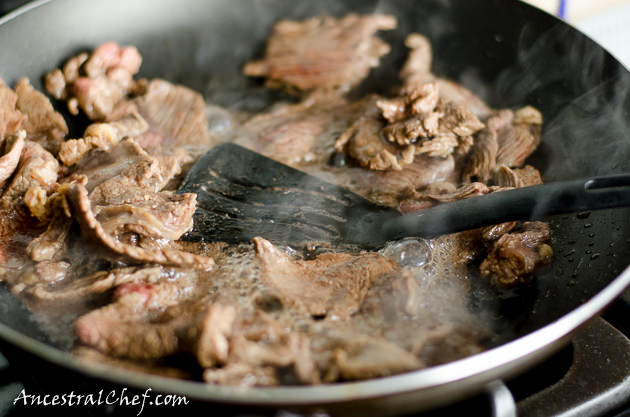 Once the beef turns brown in color, add in some tomato slices (they don’t need to be sliced thin) – I used 2 large tomatoes. 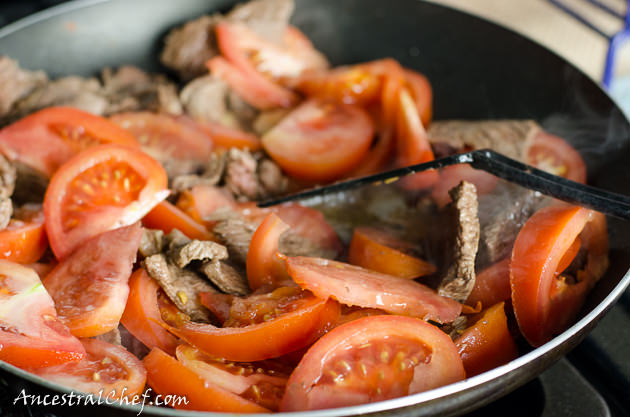 Once the tomatoes start softening, add in the chopped cilantro (doesn’t need to be finely chopped). Add coconut aminos and salt to taste. 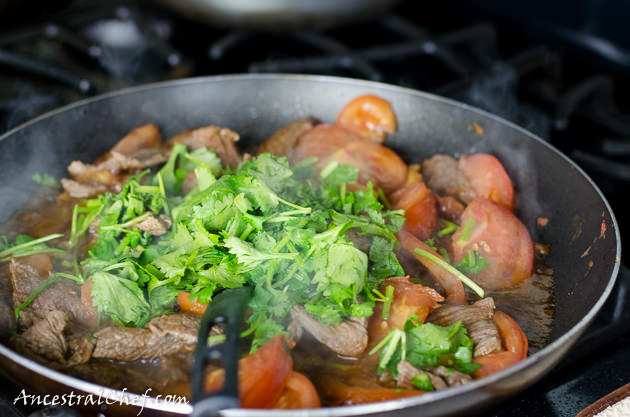 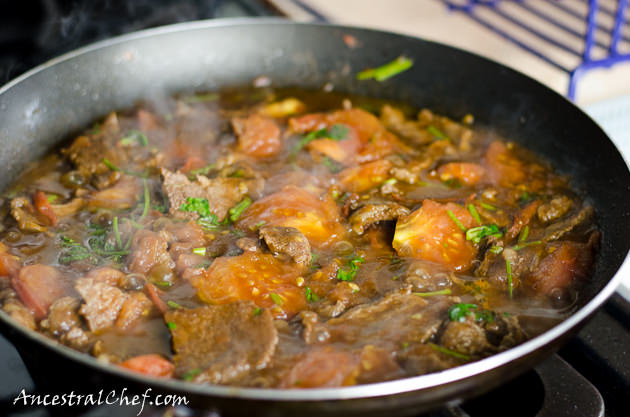 Once the tomatoes are pretty mushy, it’s done! 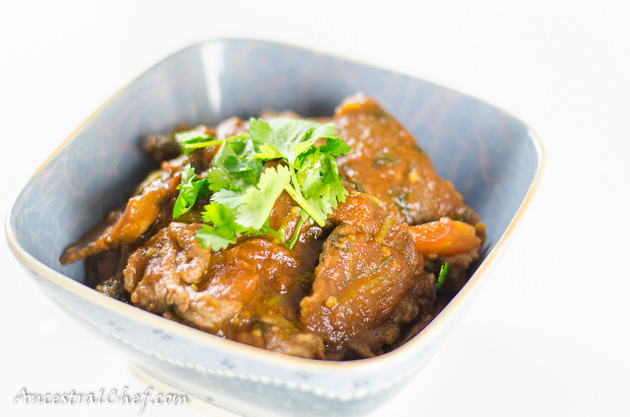 That looks fantastic!!! It probably melts in your mouth 🙂

I made this and loved it! So simple and incredibly flavorful! Just bought more beef to make again this weekend, thanks so much!

Fantastic – I love this!

I haven’t been able to find coconut aminos and have this on our ‘menu’ in the next couple of days, so there’s not enough time to order. Is there anything I could use instead? Thanks!

Try gluten-free soy sauce like tamari sauce. Most stores carry it, or if not, then try asian stores. Check the ingredients and make sure there’s no wheat in in.