Make Your Own Bacon Cups 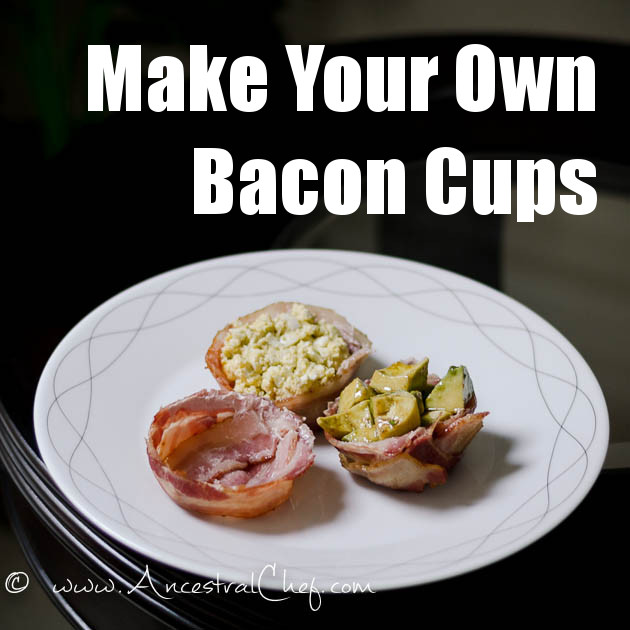 I had been wanting to make some bacon cups ever since one of my readers sent me a link to a company that sold some form of device for making bacon cups!

It’s a handy cup for filling up with simple salads, and it’s not only “cute” but also delicious!

You’ll need a nonstick metal standard-size muffin or cupcake tray (you’ll use the flip side to form the cups), and you’ll need some thinly sliced bacon (thin slices will cook faster and be more crispy). 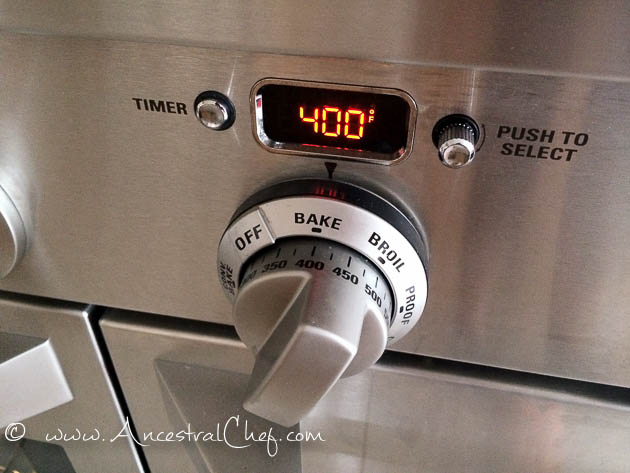 For each bacon cup, you’ll need 2 and 1/2 slices of bacon. Place two 1/2 slices of bacon across the back of one of the muffin cups, then place a third 1/2 slice across the middle of the other two. Then wrap an uncut slice around the cup tightly. This was the most stable and easiest way of making the cups that I tested. It’s probably easiest to see the photo below. 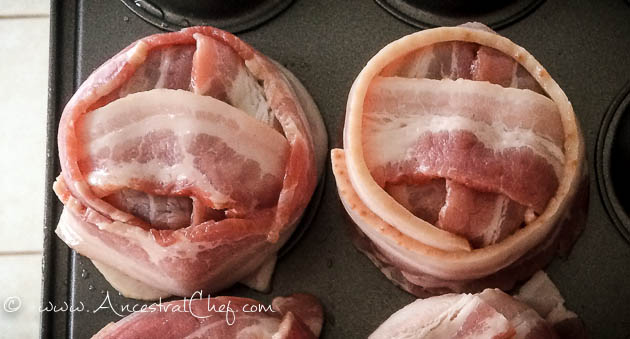 Then just bake for 25 minutes (until it forms a hard shell). Note – place a tray on the bottom shelf to catch any dripping bacon fat! Cool for 5-10 minutes and then carefully remove.

What to put into the Bacon Cups

Sounds like a winner. I wish I wound have seen this sooner. I just got through baking a batch of bacon to freeze for easy quick start breakfasts.