Home » Blog » Nutrition » Superfoods » Do you believe in Superfoods? Maybe You Should

Do you believe in Superfoods? Maybe You Should 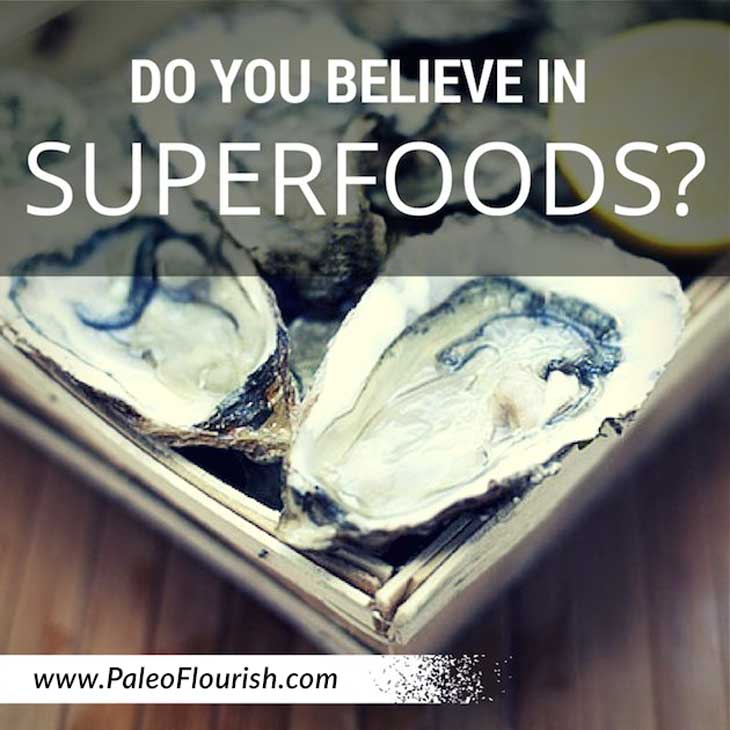 And although I don’t really believe in “super-foods”, they come pretty darn close.

Why Oysters are Masterful

If you’re not accustomed to eating oysters, the mere thought probably disgusts you.  They’re slimy, a little chewy, and taste like the sea.

But for those of us who love them, that’s all part of the appeal. 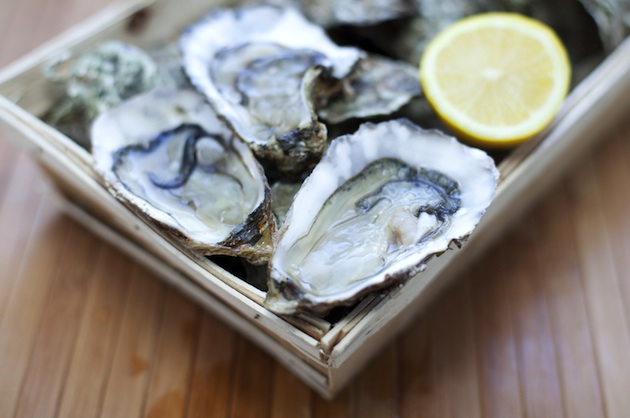 Although our ancestors didn’t have to pay exorbitant prices, they were likely part of the cuisine for anyone who happened to be able to collect Oysters.  And rightly so.  Oysters have a host of beneficial nutrients.

1. They’re versatile.  They can be served raw (usually sitting “on the half shell”, on one of its two shells), smoked, baked or as the main ingredient in oyster stew.

2. Oysters are a sustainable seafood. Farmed oysters account for 95% of the world’s total oyster consumption, but unlike farmed fish, they get what they need from their source of sea water and don’t require feed sources like soy or fishmeal.  They minimally impact their environment and many farms are well-managed and sustainably operated. Always select fresh oysters that have been harvested under safety guidelines (look for a tag on the container or sack).

3. They’ve been helping folks get their sexy on through the ages.  These legendary aphrodisiacs are rich sources of zinc, a key mineral for male sexual health, testosterone levels and sperm production.  Zinc is also vital for other aspects of our health, playing an important role in our senses of taste and smell and enriching our hair, skin and nails.

4. Because oyster populations exist naturally around the world (except for polar regions), it’s easier to harvest native species in any location. This helps lower the risk of non-native species contaminating the waters in geographic areas worldwide.

5. They contain significant amounts of vitamin B-12, iron, calcium, magnesium and potassium in each serving (about six medium raw oysters or 3 ounces of canned).

1. Fresh oysters should be refrigerated at 40 degrees F or lower until they’re served or added to a recipe.

2. If you decide to cook your Oysters, the shells should open up.  Throw out any that remain closed because they’ve been dead too long.

3. When you shuck (open) them, try to keep the juice, also called the liquor. This tasty liquid gives oysters a good deal of their yummy flavor and should be clear, not cloudy and shouldn’t smell sour.

4. Usually, raw oysters are safe to eat.  However just as with eating any type of raw fish or seafood, the possibility of food-borne illness exists.  Make sure you know where your oysters are coming from and how they were harvested.

5. Dousing raw oysters in hot sauce or drinking alcohol while eating them will NOT kill the bacteria that can be extremely dangerous to vulnerable individuals.  Be safe and eat them cooked if you are immune-compromised.