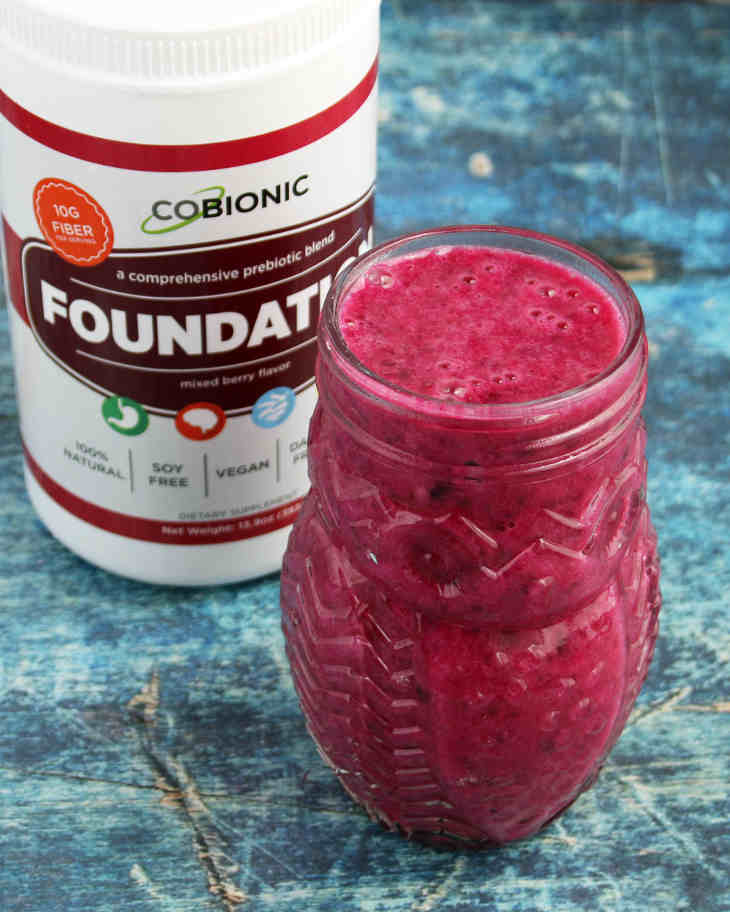 It’s Not Easy Being Green

So many people make smoothies that taste like punishment. I get that they’re supposed to be healthy, but they shouldn’t taste like bananas and swamp.

Don’t get me wrong; I’m all about the kale, the spinach, and the mystery greens. They have they’re place, they’re beyond healthy, and there are tons of ways to make them taste good.

While it’s certainly possible to make good smoothies with the green stuff, most of them aren’t up to my standards. And furthermore, some people just can’t handle the bitterness, no matter how many blueberries, pineapples, and bananas you use to cover it up.

That’s why I love this Paleo banana beet smoothie. It’s a great option for people who just can’t stomach drinking their greens.

Beets and bananas also offer different nutritional perks than greens, so even if you do enjoy a good green smoothie it’s a good idea to switch it up sometimes to balance your nutrition.

But the problem I see even more often than icky smoothies is surprisingly unhealthy smoothies.

Many well-meaning people have been suckered into drinking juices or smoothies they thought were healthy, but really weren’t.

Clever marketers have picked up on the fact that smoothies are perceived as healthy and wanted in on the craze.

Only one problem — their solution to make them taste good was to load them up with sugar. That’s frustrating, because people think they’re doing the right thing, but set themselves back.

Fortunately, my Paleo readers have the perfect remedy in this DIY Paleo banana beet smoothie that’s both nutritious and delicious. Oh, and it’s easy too!

If you read the intro carefully, you noticed I mentioned a special ingredient. That ingredient is a supplement called CoBionic Foundation.

That’s a lot of benefits in a little package!

CoBionic Foundation comes in a mixed berry blend that is perfect for smoothies. I’d recommend giving it a try in this smoothie as well as some of your other go-to recipes.

If you’re not completely satisfied, there is a 60-day money-back guarantee. You have nothing to lose, and so much to gain!

The earthy flavors of the beet pair so well with the sweet banana that we promise you won’t make just one.