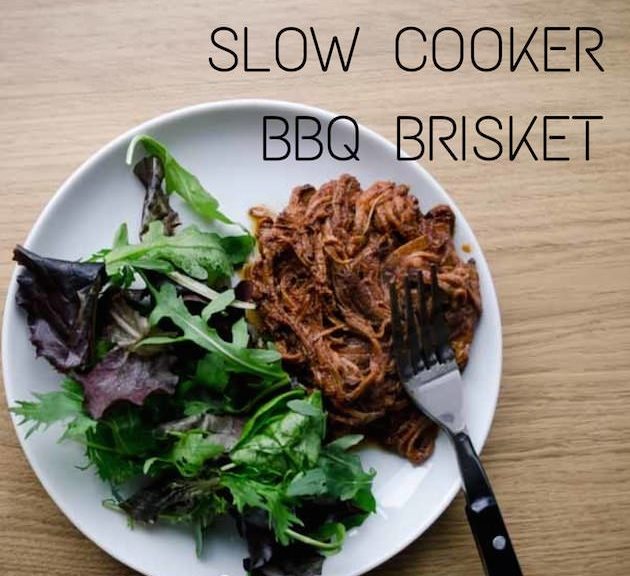 I love putting my crockpot to work while I sleep (it’s not even my crockpot as my friend Fiona lent it to me for the summer in Edinburgh) – I think there’s a sense of satisfaction that magical things are working to create my meal while I do nothing.

Maybe it’s just me, but effortless meals like this Paleo Slowcooker BBQ Brisket always seem to taste more delicious because of the lack of sweat and tears involved in preparing the meal!

After 12 hours of cooking, the Paleo BBQ brisket is pretty tender. I deliberately put extra water into the BBQ sauce to prevent the brisket from drying out, but I like to reduce the sauce a bit before serving.

So, I get some of the brisket out and shredded it. Then I ladle some of the BBQ sauce out of the crockpot and cook the shredded meat in the BBQ sauce on the stove for a few minutes to reduce the sauce. I also add extra salt at this point if it needs it. 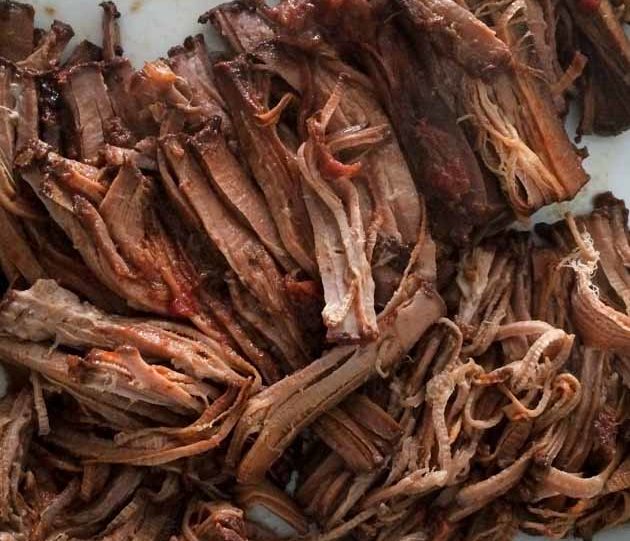 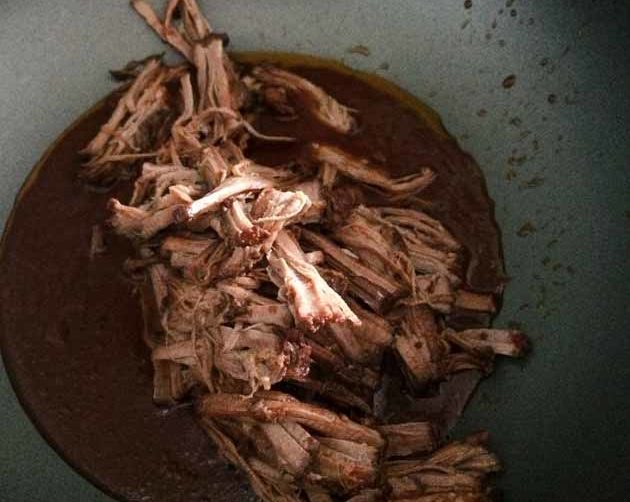 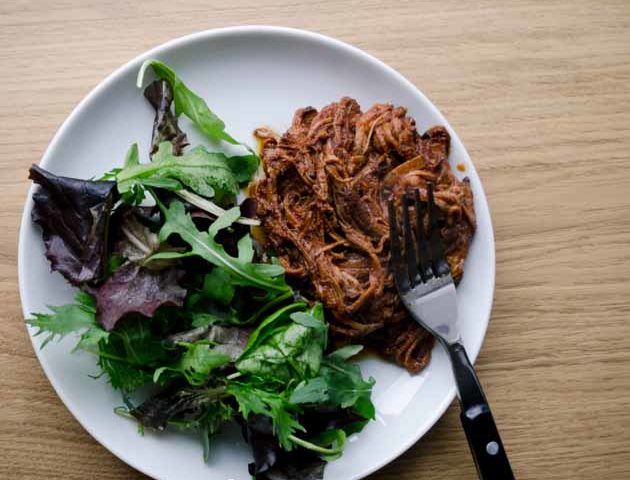 This sounds wonderful!!! I just happen to have a brisket in my freezer from a cow we raised! However, my brisket is 2 1/2lbs- would the cooking time be different & do you think I should use less of the ingredients in the sauce? Thx so much for the recipe 🙂