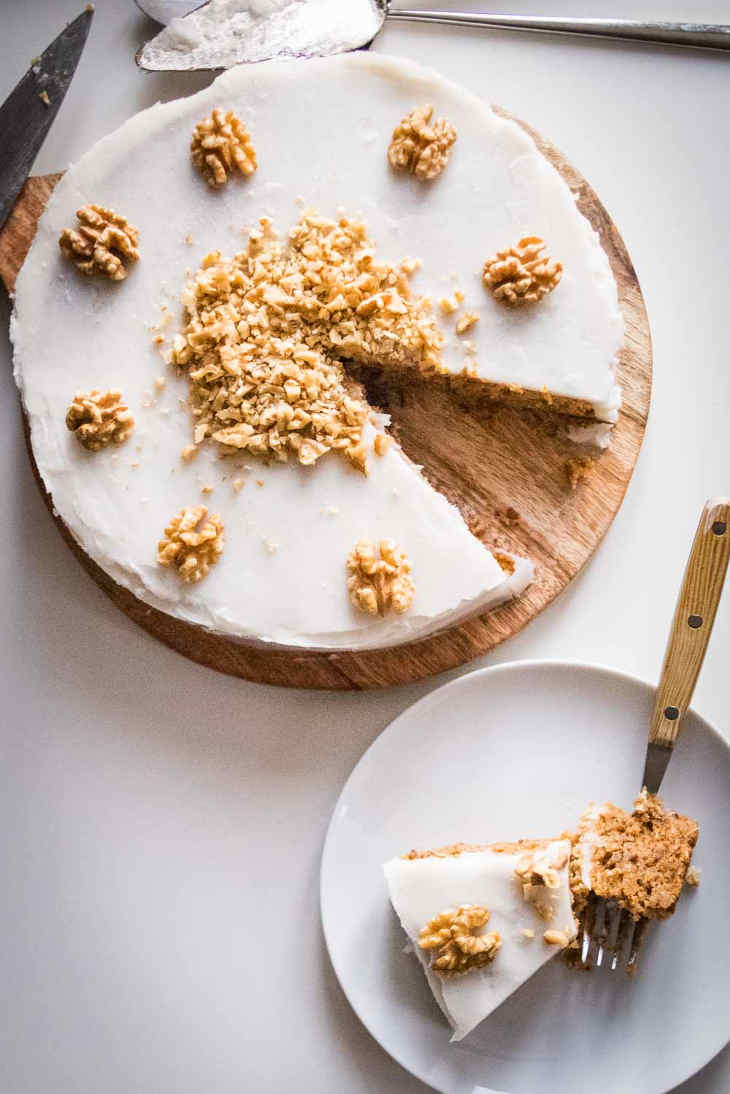 My little sister once proclaimed that she wouldn’t eat carrot cake because it was too healthy for dessert. However, many carrot cake recipes out there are anything but healthy, packed with so much sugar you can barely taste the carrots and crammed full of processed grains with little nutritional value. This Paleo carrot cake with coconut butter frosting is an antidote to that. Our recipe cuts the sugar and replaces it with coconut sugar. The all-purpose flour is dropped in favor of coconut and almond flour along with flaxmeal. With these ingredients cut back, the carrots finally have room to shine, highlighted by fragrant spices, coconut, walnuts. This is carrot cake as it was meant to be enjoyed.

A Short History of the Carrot Cake

Originally, carrot pudding could be either sweet or savory, however, the sweet version eventually became more popular, evolving into the precursor of the carrot cake we know and love today. This may because refined sweeteners like sugar were very expensive and carrots were sweet enough that they required little to no sweetener to make a lovely dessert.

No one knows exactly when the modern carrot cake came into being, but it has been reported that in 1783, George Washington was served carrot cake to celebrate British Evacuation day. The recipe which was later published bears a striking resemblance to modern recipes. Except for the frosting! The classic cream cheese frosting didn’t become popular in America until much later in the 1960’s.

A Paleo Cake for Every Occasion

You can’t make carrot cake for every special occasion. Luckily, we’ve got you covered. 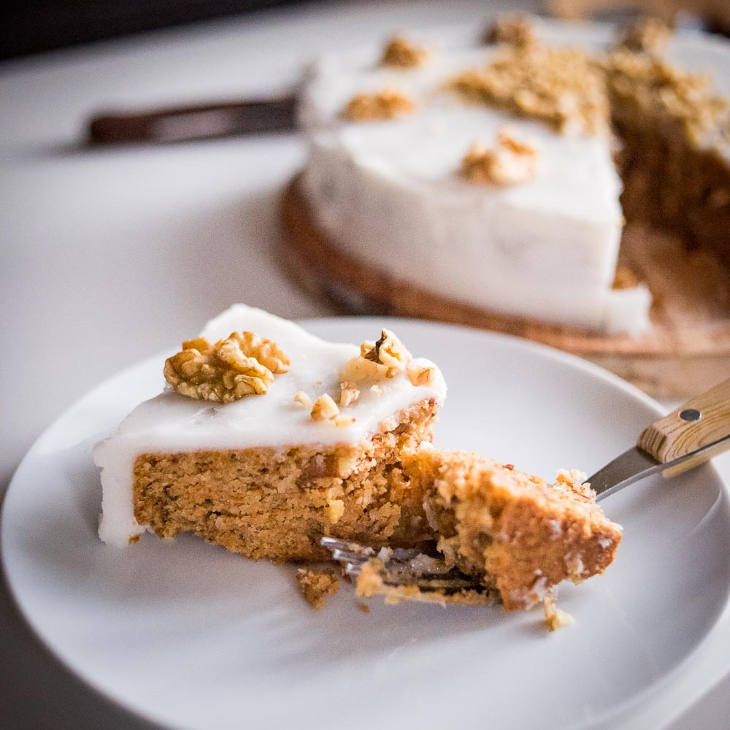