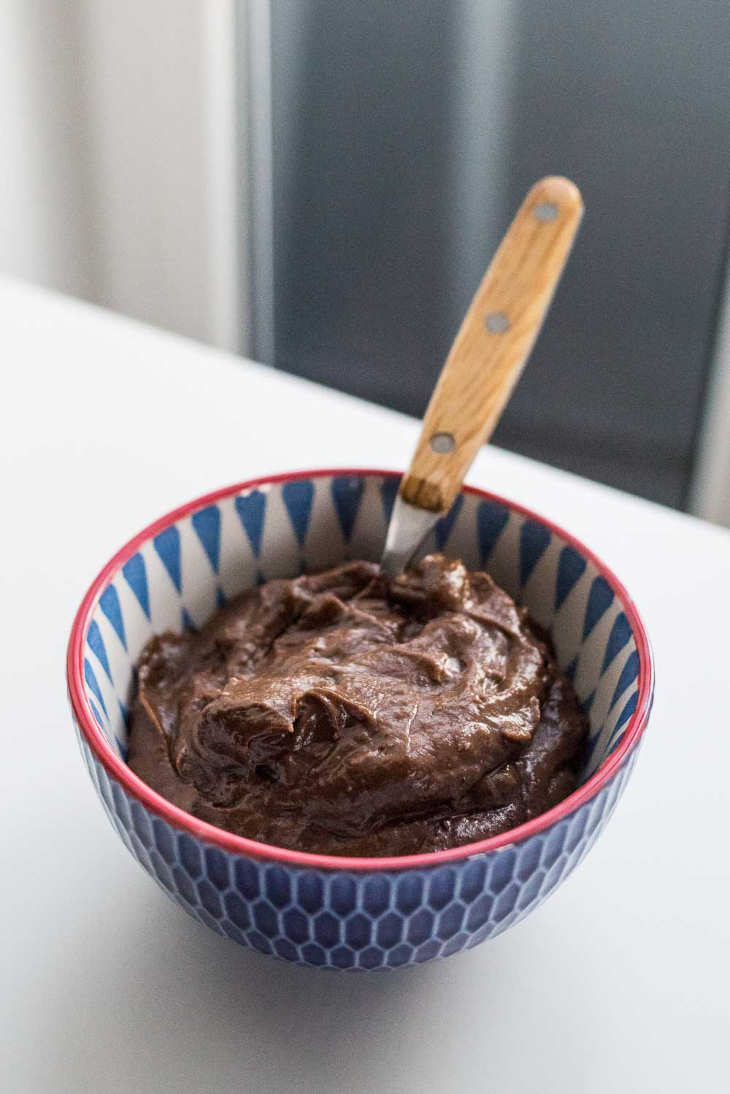 This paleo chocolate avocado pudding recipe is even faster than instant! It does not need to set up, and it does not contain gelatin.

So, as you can probably guess, pudding contains sugar. That’s pretty much a standard ingredient.

It also contains cornstarch. Made from corn, cornstarch is not paleo. It also doesn’t have much to offer from a nutritional standpoint.

If it’s chocolate pudding, it would also contain cocoa powder. Cocoa powder generally contains sugar as well, so you’re getting a double feature of the sweet stuff.

Then come ingredients that are definitely not paleo. There are artificial dyes and preservatives and chemicals.

They’re all there for a reason, but that reason isn’t your health and well being.

Fortunately, it’s easy enough to make pudding yourself at home.

How to Make Paleo Pudding

This paleo pudding is also a great option for people who just don’t want to eat gelatin. It doesn’t need it.

Instead, the base of this pudding is two ripe avocados. The avocado is perfect because it has a rich, creamy texture like pudding.

What it does not have is sweetness. For that, I recommend coconut sugar.

So this pudding has sweetness, but what about the chocolate flavor? For that, we can use unsweetened cacao powder.

Cacao powder is different than cocoa powder, which often contains added sugar. Cocoa is also heated at higher temperatures, which results in fewer nutrients for you.

If both give a chocolatey result, why not go with the one with more antioxidants?

How to Tell if Your Avocado is Ripe

It’s important to get a ripe avocado for this pudding recipe. If it’s not ready yet, the texture won’t be right. Nobody likes overly firm pudding.

A ripe avocado will be on the darker side. It should not be bright green.

You can also assess its ripeness by its firmness. Take an avocado and hold it in the palm of your hand.

Gently squeeze it without using your fingers. It should feel soft, but not squishy. If you’re at the store and you know you won’t need it for a few days, you can pick an avocado that is a bit firmer knowing that it will ripen before you need it.

Did you know that avocados used to be called “alligator pears” for their green, rough skin?

It’s an interesting fruit, and you can learn a lot more about them in this article. 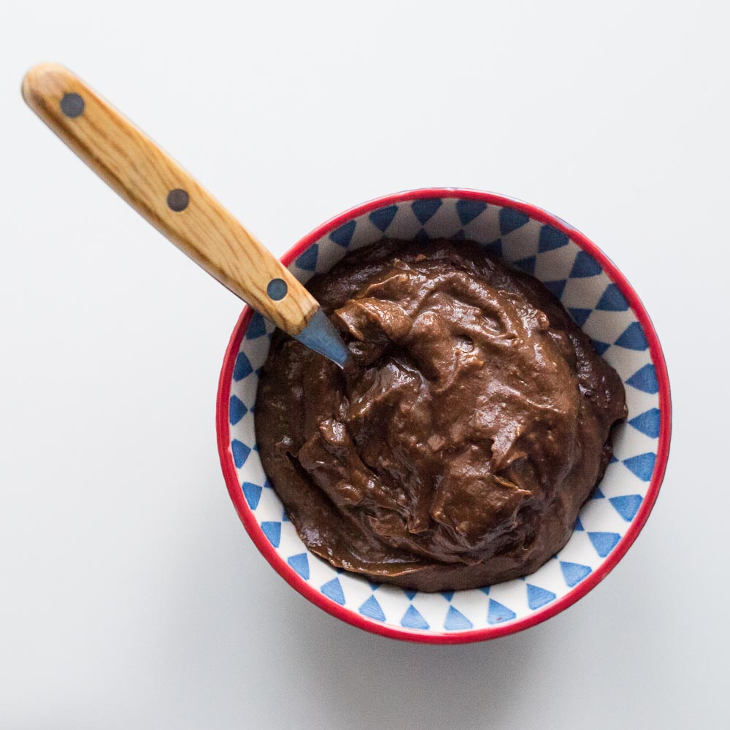 This paleo chocolate avocado pudding recipe is even faster than instant!