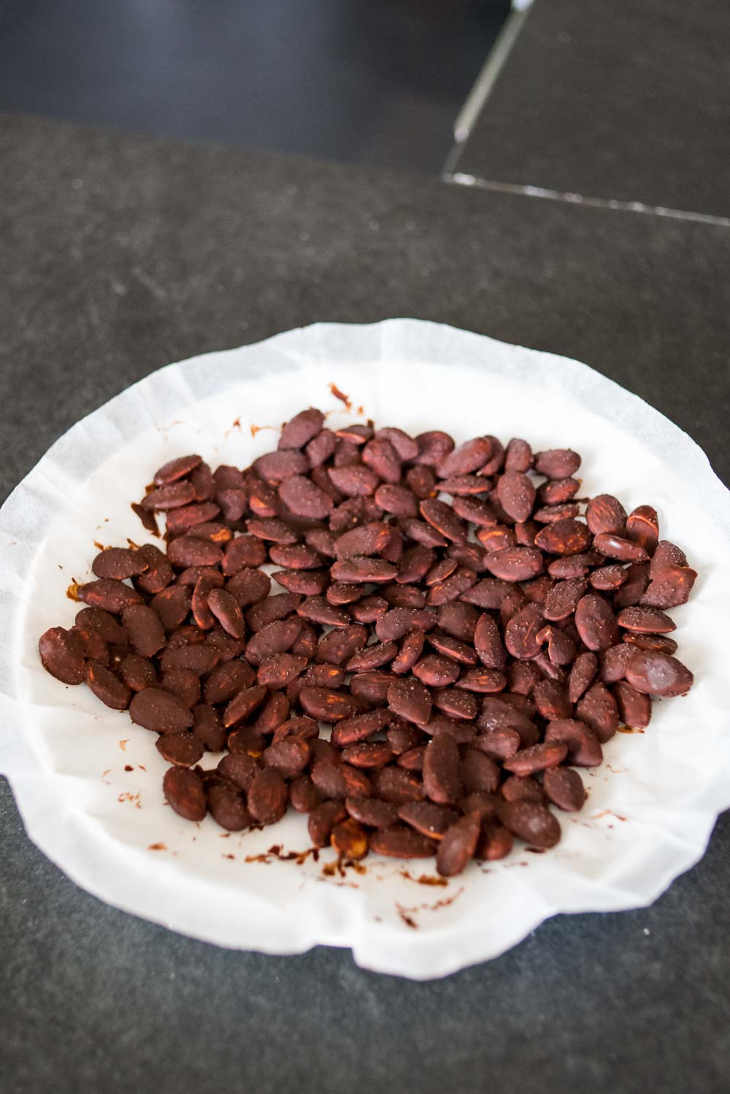 Structured forms of eating (otherwise known as diets) tend to be more sustainable the more practical they are. Leaving room for treats is one way to stay on the health food wagon.

The good news here is that you can adhere to Paleo and enjoy delicious chocolate too. Make these homemade Paleo chocolate covered almonds for a healthier treat.

Chocolate can be Paleo, but it can also be something to stay away from.

On the plus side, those dark bars of delight offer a lot in the way of nutrients, including iron, copper, manganese, and magnesium.

They also offer up polyphenols, which are plant-based micronutrients that typically function as antioxidants. And antioxidants protect against harmful free radicals.

Chocolate also offers mostly good fat. You’re getting a dose of monounsaturated and saturated fat instead of the polyunsaturated stuff you’d do well to avoid.

So there’s the good news about chocolate. Now for the downsides.

First, the most commonly found and consumed chocolate is full of sugar.

You’ve seen the percentages used on dark chocolate, right? The remaining percent of that chocolate bar is mostly sugar. And the candy that doesn’t have a percentage listed is probably incredibly sugary.

That’s why I recommend at least 70% dark chocolate for this recipe. There will still be some sugar, but not nearly as much as there could be.

Another reason to be careful with chocolate is that a lot of it contains dairy. Pasteurized and homogenized milk can cause real problems for some folks, so it’s something to be mindful of.

Finally, the surprise problem ingredient in chocolate is vegetable oil. This nastiness shows up in the most random places and ruins some chocolate that would have been fine without it.

Despite these issues, chocolate can be a great addition to Paleo — just check your labels carefully.

There are two potential challenges with this recipe.

First, chocolate can be addictive to some people. They can’t seem to help themselves, and a tiny piece becomes a whole bag pretty quickly.

If that’s you, consider skipping chocolate entirely. Unfortunate, yes, but not as bad as downing that much sugar.

The other tricky bit with this one is that chocolate covered almonds are kind of finger food that you might eat mindlessly simply because it’s there.

The best thing to do in that case is to portion out the servings and stick to it. Put the rest away in sealed containers to enjoy another time.

When you eat your entire supply, don’t fret. You can check out even more Paleo chocolate recipes. 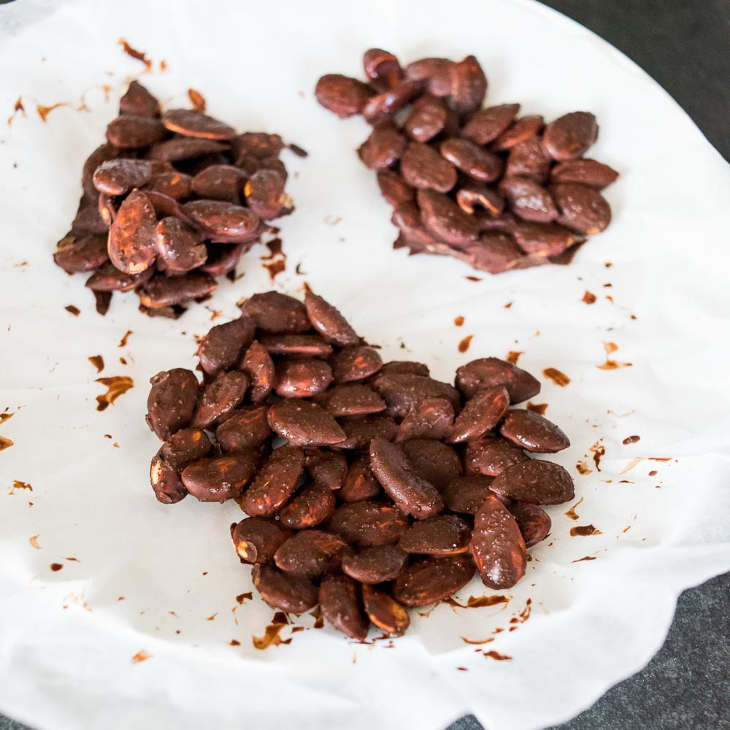