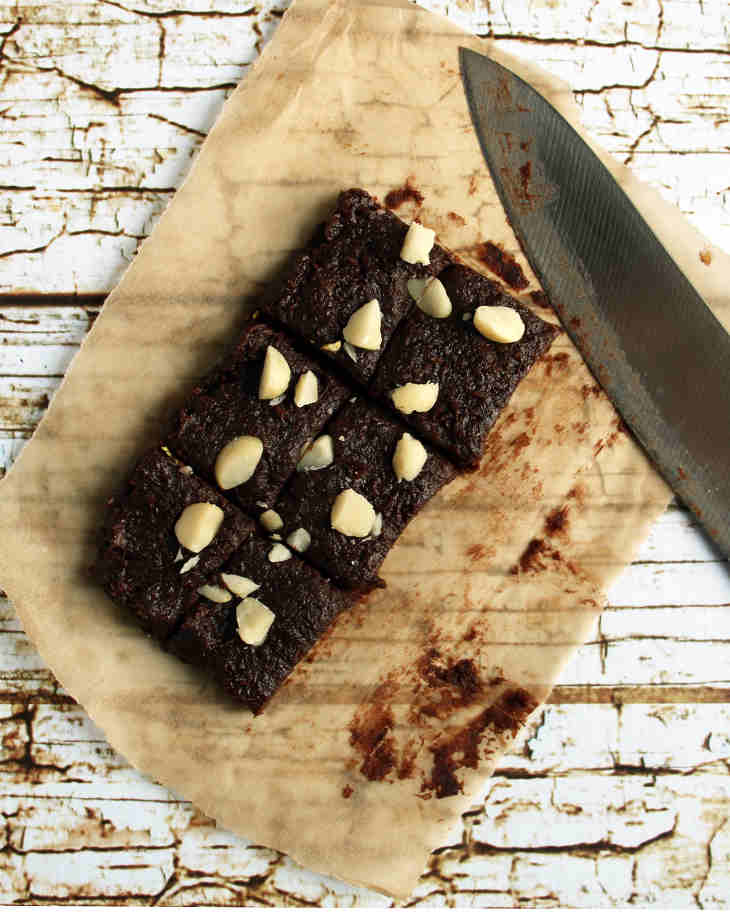 No guilt here! This paleo chocolate raw brownie bites recipe will satisfy your need for brownies without unnecessary and inflammatory ingredients.

Sure, of course, that stuff you buy in the box isn’t going to be paleo. It’s all just preservatives and very little of it resembles real food.

But your homemade brownies aren’t exactly part of the caveman diet either. Here’s why.

First of all, there is a ton of sugar in nearly every brownie recipe I’ve come across that’s not linked to a diet.

Many recipes include flour, which is also not your friend, and definitely not paleo. You get fudgier results without flour anyway.

Brownies sometimes contain chocolate in addition to cocoa powder that can contain varying amounts of sugar.

How to Make Paleo Brownie Bites

If I took away flour, you may be wondering what I’m going to suggest for the base of these brownies.

As it turns out, I was able to kill two birds with one stone by using dates.

Dates are fairly large and chewy. If you’ve never had them, they’re quite tasty all on their own.

But the texture of dates makes them uniquely qualified to become the base of paleo brownies. They’re moist, chewy, and delicious.

The other great thing that dates have going for them is that they’re naturally sweet. It’s simply not necessary to add sugar or artificial sugar to these brownies because the dates provide that on their own.

Make sure you get the kind with the pits removed. You don’t want to crack a tooth on an unexpected pit.

If you make brownies from a box, they’ll probably call for vegetable oil. In case you haven’t gotten rid of your supply yet, dump it now.

If you make brownies from scratch, the recipe will probably call for butter instead. Many people are sensitive to dairy, however, so I avoid it in a lot of my recipes.

Achieving the chocolatey taste is done with unsweetened cacao powder (not to be confused with cocoa powder). Cacao is less processed and more nutritious, so it’s a no-brainer choice when eating paleo.

To round out the brownie magic, I added vanilla extract and macadamia nuts, which have a lovely resemblance to white chocolate despite being, well, nuts. 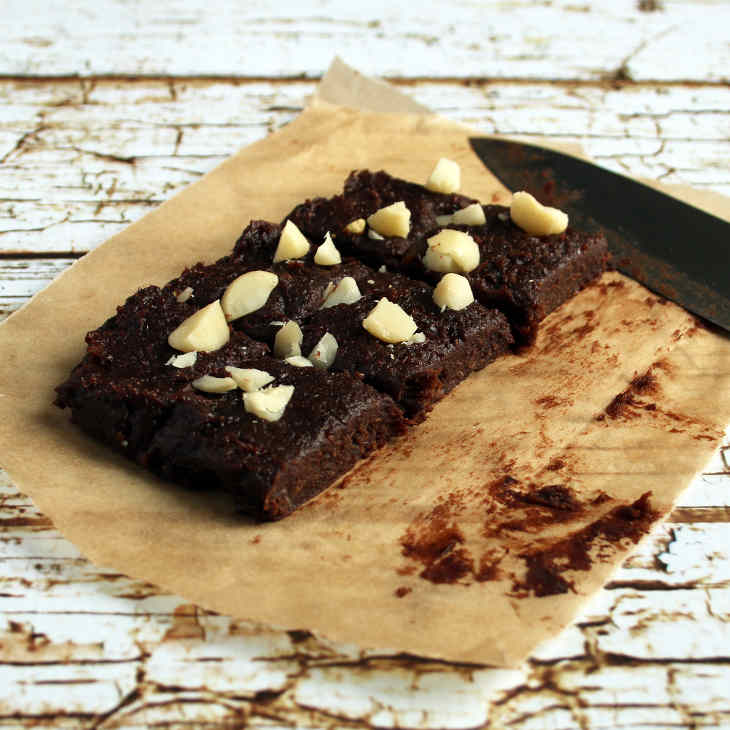 Perfect little bites of heaven to keep in the fridge. Make them ahead of time – just don’t eat them all at once!