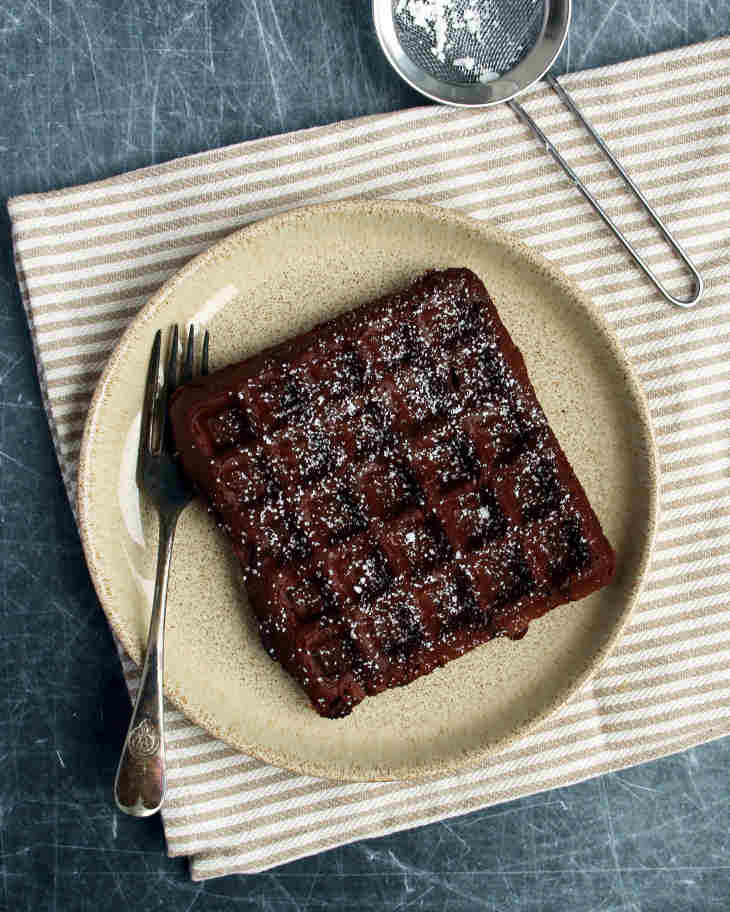 Sometimes you just want an extra-special breakfast. This Paleo chocolate waffles recipe proves you can enjoy a decadent meal in the morning without violating your diet.

It’s the weekend. You’ve had a crap week and you aren’t in a rush to get out the door for once. You want a proper breakfast.

Of course, you could make eggs or an omelet, but yawn. That hardly feels special, and you’ve eaten more than your fair share of eggs during the week.

No, what you want is something that feels like dessert but qualifies as breakfast. Something like chocolate waffles, but that hardly seems Paleo.

Well, if you make waffles the old fashioned way, they’re not.

Whether you dump the powder out of a box, whip up a recipe you found online, or order them at a restaurant, the average waffle isn’t Paleo.

The base of the waffle is usually white flour, and grains, of course, aren’t on the menu for you anymore.

Waffles also tend to have some sugar, but not as much as you might think. The bigger issue tends to be all the syrup or whipped cream that gets dumped on top.

Some versions also might call for vegetable oil, which is obnoxiously bad for you.

In sum, waffles are in the category of things to avoid on Paleo — unless you find an alternative method.

How to Make Paleo Chocolate Waffles

You’ll notice I didn’t mention chocolate earlier in my discussion of why most waffles aren’t Paleo. That’s because it is Paleo.

If you want to know more about why chocolate is Paleo, this article will help. I suspect most of you will be happy enough to take my word for it though.

This recipe uses cacao powder. Cacao is less processed than cocoa powder and will hook you up with added nutrients.

The big swap for this recipe, however, is the flour. Coconut flour works great for this particular recipe. It will make your waffles nice and fluffy.

Instead of sugar, you can use erythritol, a sugar alcohol. That will give you a touch of sweetness without the unhealthy spike to your blood sugar.

Looking for even more ideas on how to make your morning special without straying from your diet? You’re in luck!

Check out this list of 35 amazing Paleo waffles! You’ll find everything from maple bacon waffles to grain-free banana waffles. 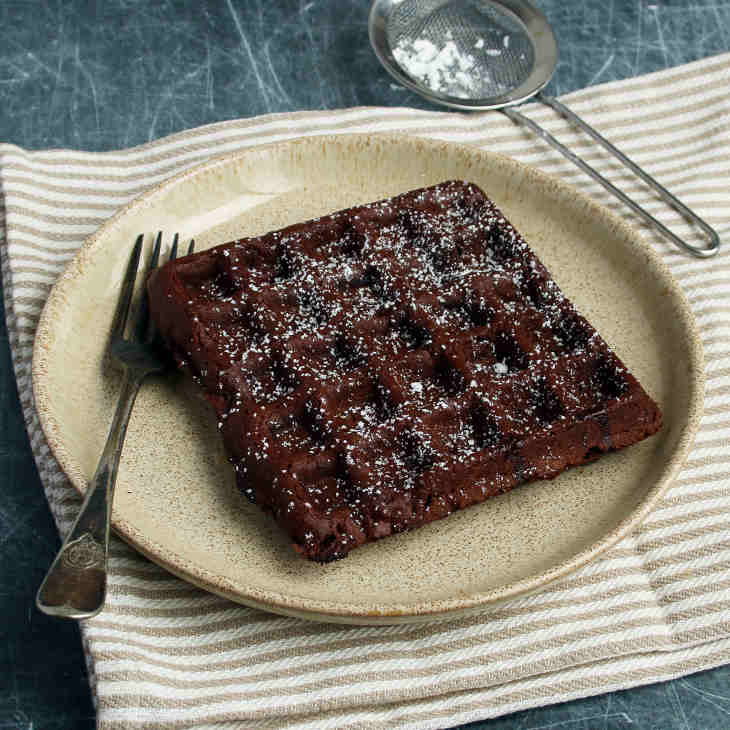 Lovely chocolate waffles when you need to add a little sweet to your day.

This recipe was made using our waffle maker which makes two 5 x 5-in (13 x 13cm) waffles. Double the recipe if you have a larger waffle maker.