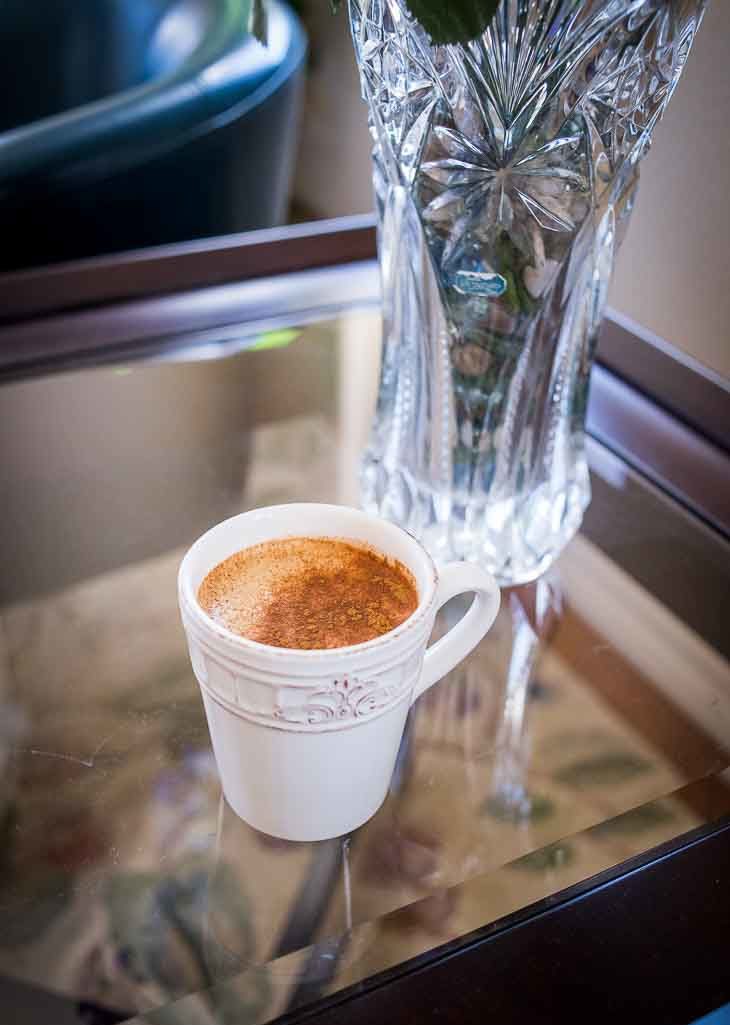 Cinnamon is made from the inner bark of a tree called Cinnamomum. And that distinct flavor and smell you get from cinnamon is due to the organic compound cinnamaldehyde.

And it’s also this compound that gives cinnamon much of its health benefits, like:

Cassia vs Ceylon Cinnamon – which is better?

If you read about cinnamon, you’ll find that there are 2 main types.

Cassia cinnamon is the cheaper one that has a strong flavor due to its higher concentrations of cinnamaldehyde.

However, cassia also contains higher concentrations of coumarin, which can be very toxic in large doses. Just 1-2 teaspoons of cassia cinnamon per day could put you over recommended limits for coumarin.

Ceylon cinnamon is often also called “true cinnamon.” It’s rarer and therefore more expensive in general. It has a slightly milder flavor compared with cassia because of its lower concentration of cinnamaldehyde.

However, Ceylon cinnamon also contains much lower concentrations of coumarin, the toxin I mentioned above.

So, when you make this Paleo cinnamon turmeric coffee, make sure you use Ceylon cinnamon like this one.

Just like cinnamon, turmeric is packed with health benefits.

Curcumin is the compound in turmeric that is linked to those benefits, and studies have shown curcumin to have:

One of the main problems with turmeric though is much of the curcumin doesn’t get absorbed by our body (and therefore we don’t get its benefits).

However, the compound peperine can boost curcumin’s absorption rates dramatically. And you can find this peperine compound in black pepper.

So whenever you eat anything with turmeric in it, remember to also add a dash of black pepper!

It’s really easy to make this recipe. Just make your black coffee and add it to the cinnamon, turmeric, black pepper, a small amount of coconut oil, and any coconut or almond milk you want. 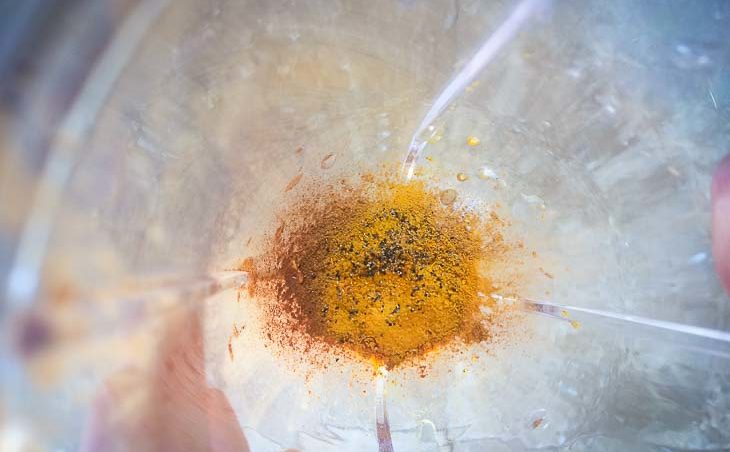 You’ll end up with a frothy and highly nutritious coffee. Sprinkle more cinnamon on top if you like it really cinnamony. 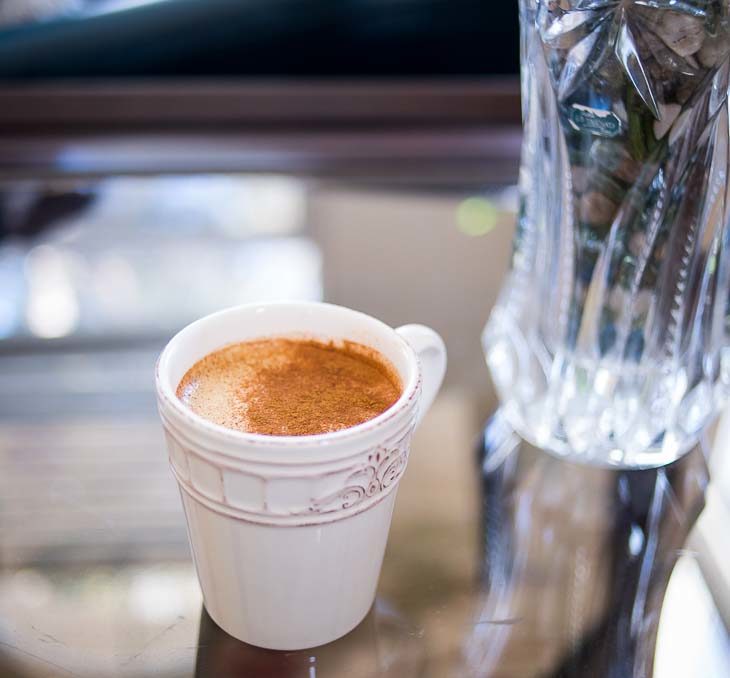