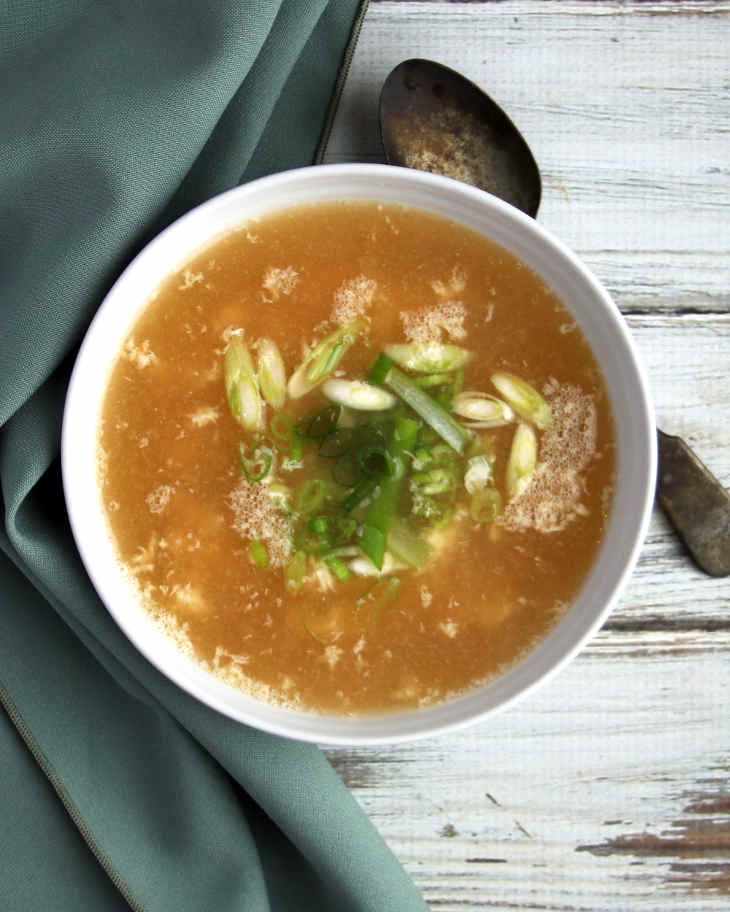 This Paleo egg drop soup recipe is faster than getting takeout – and it tastes just as good.

The best egg drop soup is pretty simple, but it can still have some ingredients that aren’t Paleo.

Sesame oil is a common ingredient in Asian cuisine. While it’s technically not Paleo, you can have a splash of it every now and again.

But this dish doesn’t need it, so I made it without.

Cornstarch is another ingredient that is often used in egg drop soup. Corn isn’t Paleo, and cornstarch isn’t either. Fortunately, this soup can live without it.

I also steered clear of MSG and sugar, but I can’t promise you a restaurant would do the same.

The chicken broth, eggs, onions, and fresh ginger are all perfectly Paleo.

Fresh ginger is strong. If you can’t get your hands on it, you can use ground ginger, but only use a tiny bit – maybe a quarter of a teaspoon or so.

But, it’s best to get the real deal. When you’re at the store, select a piece that’s very hard, with smooth skin. Stay away from ginger that has wrinkled.

At home, wrap it in a paper towel and place it in the refrigerator. Ideally, you’ll use it within a couple of weeks.

You may be able to peel the ginger using a spoon. If the skin doesn’t flake off easily, bust out a paring knife.

This soup calls for slices of ginger, but don’t be too particular about it – you’re going to strain out the pieces of ginger after their flavor has been infused into the soup.

I think you’ll find the taste of fresh ginger is well worth the extra effort!

If you’re a fan of egg drop soup, chances are you’d love some additional Paleo versions of your favorite takeout.

Because as delicious as it is, your local spot probably doesn’t hold food to the same high standards that you do.

Plus, you can make things to your taste and account for any allergies or sensitivities you have.

All are Paleo and a perfect way to satisfy your cravings for Chinese food. 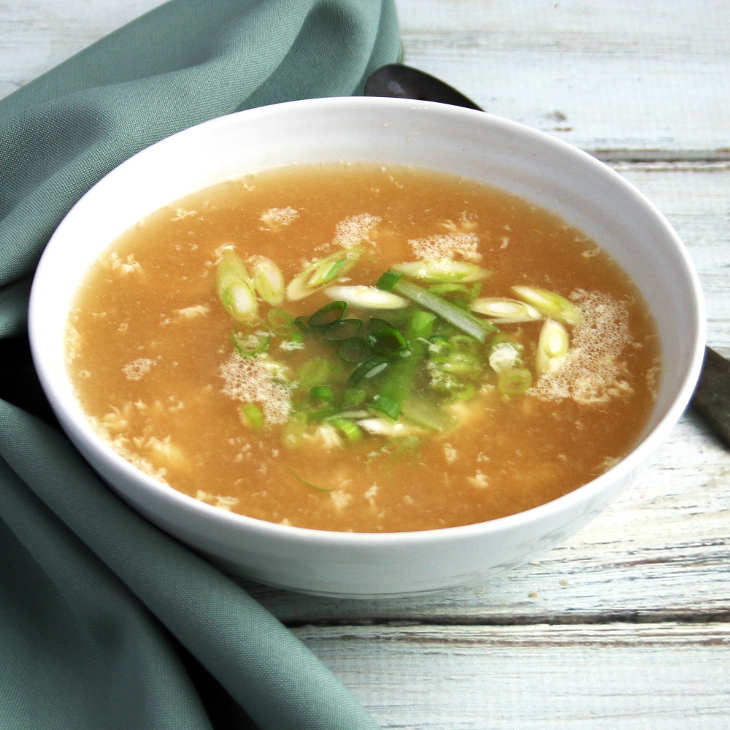 This classic soup is flavorful, easy, and budget-friendly.