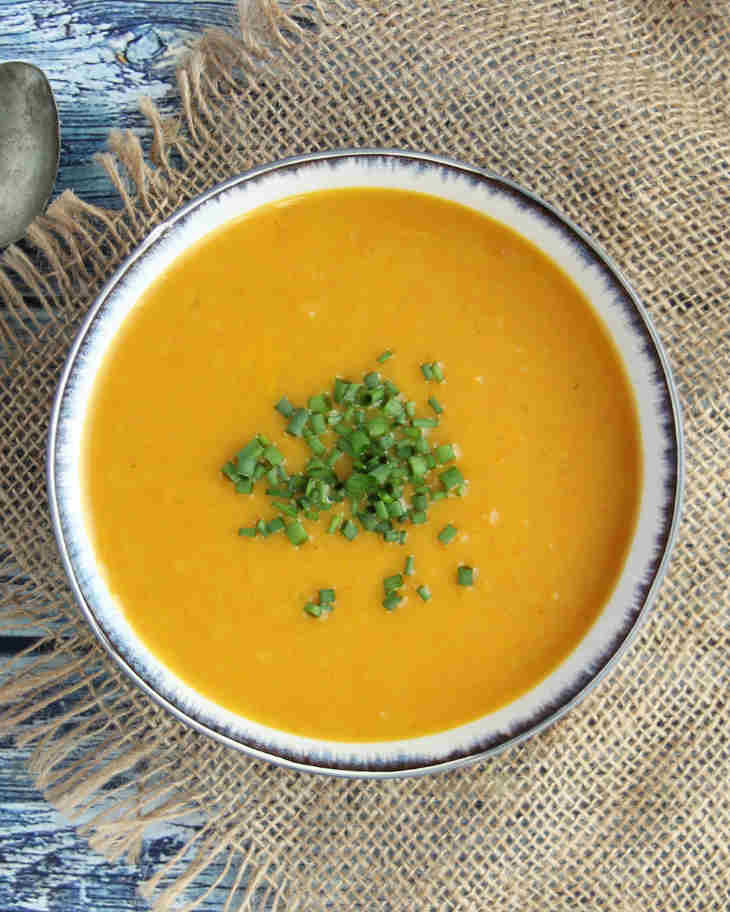 Make this earthy and savory Paleo ginger carrot soup recipe whenever you need a soothing bowl of soup.

Can the Canned Soup

Even though canned soup may seem like an innocent meal, many versions contain ingredients you never want to eat.

You may be able to get around this by selecting one of the Paleo soups that are now on the market, but why not make it yourself?

DIY soup can be every bit as delicious as the store-bought kind, and it’s just about guaranteed to be healthier. You can also micromanage the ingredients to include more of what you love and none of what you don’t.

But back to can country. Once you know what’s in some of those soups, I hope you’ll never be tempted by them again.

First of all, canned soup often contains unhealthy oils like vegetable or soybean oil. Avoiding them could potentially prevent a lot of bipolar disorder and cardiovascular disease.

They’re not good for anyone, and they’re definitely not Paleo.

Another issue you’re likely to run into in the canned soup aisle is added sugar. Why we need to be adding sugar to soup is beyond me. I personally look forward to simple, straightforward cooking that does not contain added sweetness where there shouldn’t be any.

It’s soup, not a popsicle.

Depending on the type of soup, you could be looking at flour. Wheat flour, white flour, it doesn’t really matter. It’s not Paleo.

Artificial color is another unfortunate ingredient in canned soup. Sure, we all want our food to look pretty, but not at the expense of drinking chemicals. Hard pass.

Instead of slurping down a bunch of overprocessed junk, you could be drinking in valuable nutrients.

How to Make Paleo Soup

It’s actually quite simple to make any number of tasty Paleo soups, and you don’t need any fancy ingredients or equipment to get it done.

This recipe can be finished off with an inexpensive hand blender, which will make your soup as smooth as you like it.

For the ingredients, I started with a simple chicken broth base. Ginger and carrot are the stars of this soup. Fresh ginger is a must, and try to get some fresh carrots from the farmers market too. You’ll really be able to tell the difference.

It’s important to sauté the carrot, ginger, and onion before adding the broth and set to simmer. This is really going to bring out the sweetness of the vegetables.

Once it’s done cooking, you can use a hand blender to make it creamy. All it needs is a little salt and pepper to taste, and you can garnish with chives.

If you like this ginger carrot soup recipe, you’ll love these 30 delicious Paleo soup recipes.

A lovely, simple soup to be enjoyed on a chilly evening.