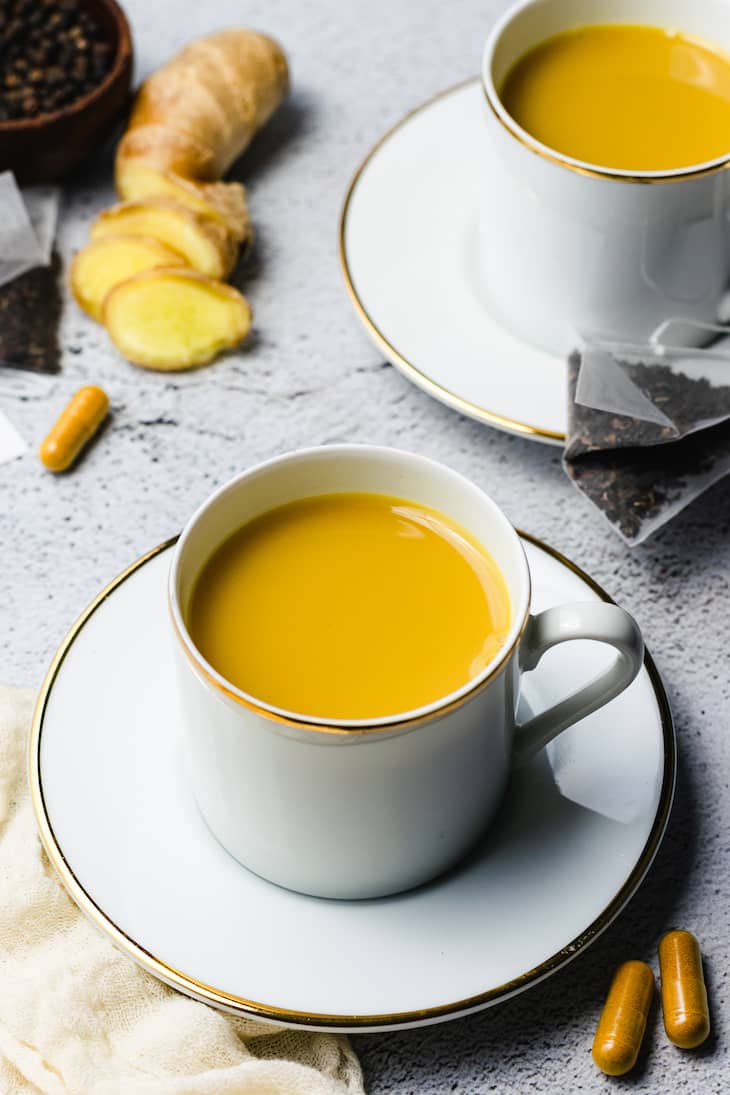 This creamy Paleo Golden Milk Tea recipe is full of earthy turmeric and spicy black peppercorns with just a touch of sweetness that will satisfy your tea craving as well as keep you healthy.

What Is Golden Milk?

Many people think golden milk is a fad that was popular a few years ago. However, that is far from the truth.

In fact, golden milk is actually a traditional Indian drink that has been consumed for thousands of years.

In its simplest form, golden milk is basically hot milk that is infused with turmeric. However, I’ve added a few other ingredients to my Paleo Golden Milk Tea recipe to take the flavor from good to delicious.

The healthy benefits attributed to golden milk are largely thanks to its main ingredient of turmeric, which is also what gives golden milk its deep yellow color.

And if you want other golden milk recipes so you can experience the benefits of turmeric, I have plenty of recipe suggestions to keep you satisfied!

Paleo Golden Milk Popsicles are a cold and creamy treat on hot summer days or any day at all!

If you prefer a little jiggle to your desserts, Keto Golden Milk Jello Recipe is a must-try recipe.

But if ice cream is your dessert of choice, then you’ll love Keto Golden Milk Ice Cream.

And if you want a golden milk drink that also has a boost of collagen, then try this Keto Golden Almond Milk Recipe.

And if you are thirsty for even more Paleo tea recipes, we have you covered.

My Lemon, Ginger, Honey Tea is a classic flavor combination as well as soothing tea for sore throats and other common cold symptoms.

You can try my Paleo Collagen Protein Tea Recipe that has added collagen for healthy hair, skin and nails.

Or you could try my Orange Cinnamon Ginger Tea Recipe that has just 3 ingredients but is bursting with flavor.

And if tea that is a bit out of the ordinary is your thing, then you should try my Homemade Vanilla Chocolate Rooibos Tea Recipe that is made with cacao powder.

My Chamomile Mint Tea Recipe is the perfect relaxing drink to enjoy before bed.

But if you need a caffeine boost, definitely try my Matcha Green Tea Latte Recipe that’s great for a mid-morning pick-me-up.

Let’s not forget my Paleo Coconut Iced Tea Latte Recipe if you prefer iced tea rather than hot tea.

And if these delicious recipes aren’t enough, you can find all of my Paleo drink recipes here.