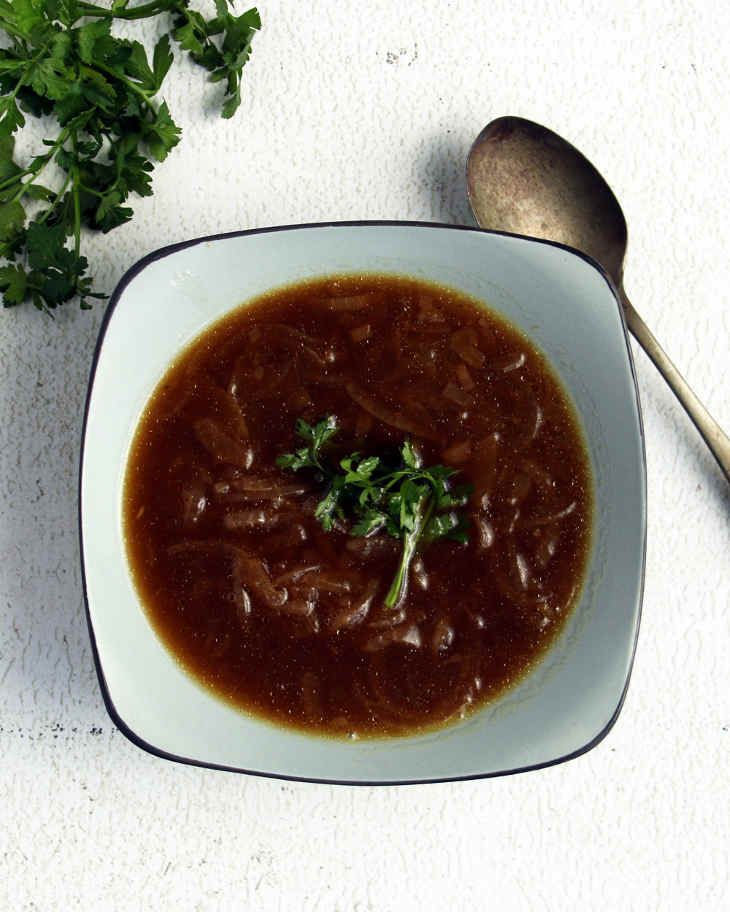 Save a little time with this Paleo instant pot onion soup recipe. It achieves that classic flavor with only Paleo ingredients.

Why Other Onion Soups Aren’t Paleo

Like many foods, onion soup seems safe enough for Paleo. There’s not a whole lot to it, and the star of the dish is the onion.

How could it not be Paleo?

Recipes and restaurants like to slip in things that are off-limits for the Paleo crowd. A quick search revealed a few potential culprits.

One recipe calls for a few tablespoons of flour. While it’s not much, it’s also not necessary, and you’ll appreciate not going down the grain path.

Another recipe called for sugar. While they only included a teaspoon, onion soup is best served savory, and your body certainly doesn’t need any extra sugar.

And last but not least, let’s talk about the elephant in the room (kitchen?) – cheese.

It depends. There are definitely people in the Paleo world that believe that cheese is strictly off-limits, and many people have sensitivities to it anyway.

Personally, I would recommend eliminating dairy for a month or so when you start Paleo. If you’d like to try reintroducing it into your diet, use raw cheese.

If you still feel OK on raw cheese, feel free to keep eating it. Or, if you’d like more information on the subject, check out this article.

If you would like to include cheese in this recipe, Gruyere is a popular choice. Prepare to shell out a little more than your standard shredded bag of mozzarella though.

The Trick to This Dish

I don’t know about you, but I’m not a fan of gnawing on raw onions. That’s a little…intense…to say the least.

When you cook and caramelize onions, however, you get this magical jammy sweetness and all of that bite has been cooked away.

That’s what you want for this soup: a very jammy, soft, translucent onion. Be very careful not to let them burn, however.

Winter is soup time, and if you’re a soup person you’re in luck – there are a lot of options for you on Paleo.

Here are 30 of my very favorite soups that are perfect for Paleo. You’ll find everything from a basic broth to more complex creations.

Just about every kind of soup imaginable has been made Paleo. Have fun finding your own new favorite soup! 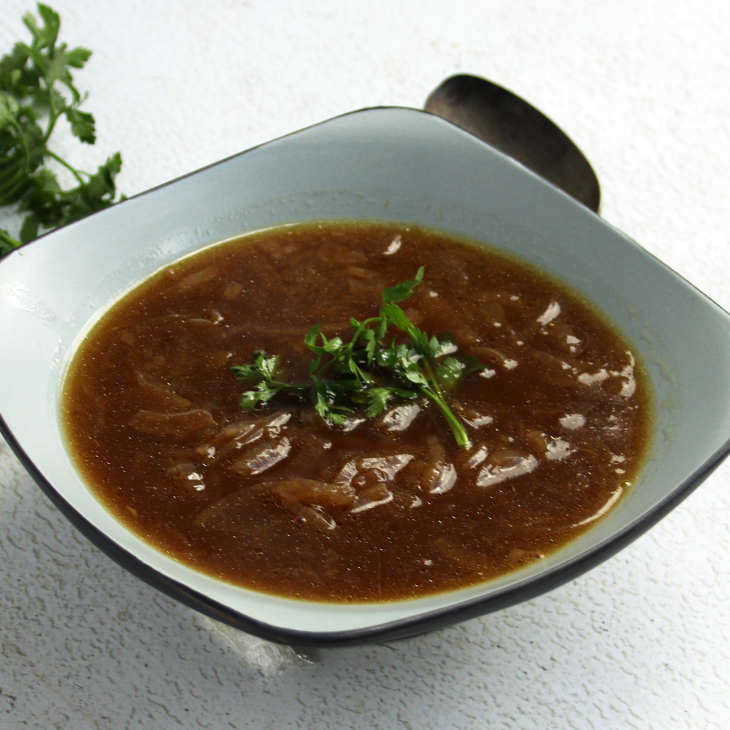 A French classic made Paleo.