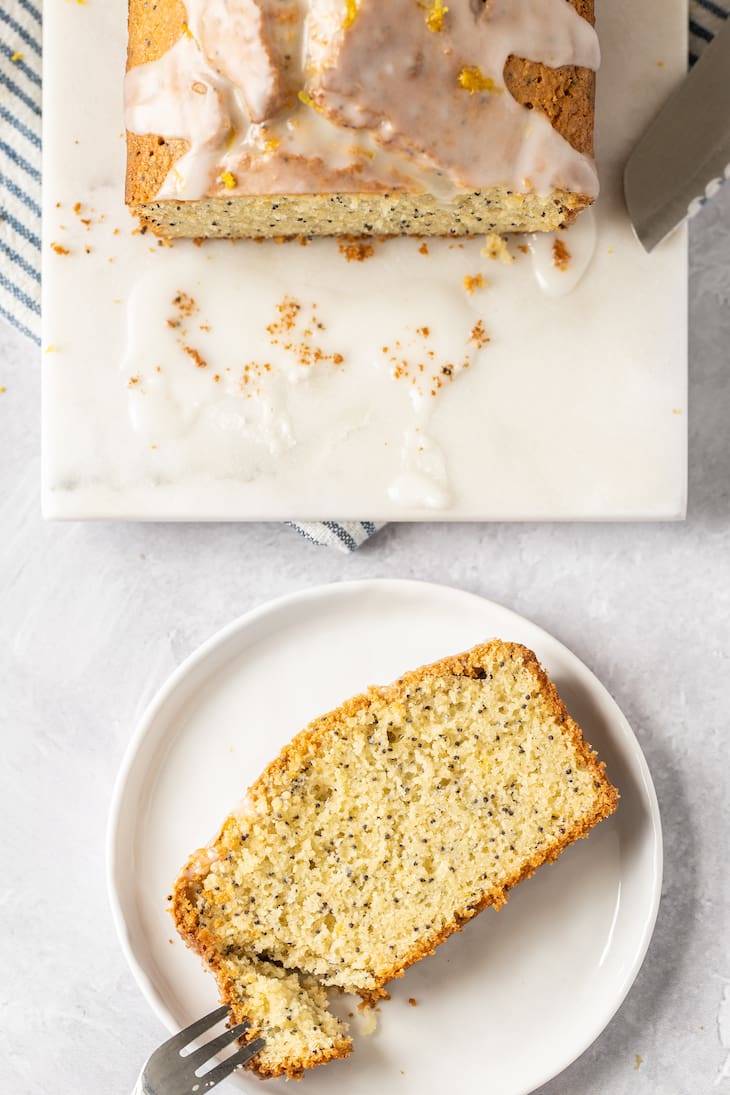 And with the weather starting to warm up, it is the perfect light dessert for a warm summer day. But it’s also delicious any time of the year!

When I created this recipe, my goal was to use ingredients that are easy-to-find in stores or online, and I am so happy that I succeeded. And since I used one flour, it’ll be easier on your wallet instead of buying 2 different Paleo flours.

So, grab some lemons, almond flour and a few other easy-to-find Paleo ingredients and make one of the easiest loaf cakes you’ll ever bake.

What Is Almond Flour?

The main ingredient that I used was almond flour, which is a pretty standard ingredient in Paleo baking.

And almond flour doesn’t contain gluten, wheat or grain, which are some of the reasons why it is so popular in the Paleo community.

Almond flour is exactly what it sounds like, which is flour made from almonds. More specifically, the almonds have been blanched to remove their skins and ground and sifted into a flour-like texture.

There isn’t a specific brand that I recommend, but I do highly suggest that you use one that is labeled as “super fine” or “finely ground.”

However, you should not use almond meal for this recipe. Almond meal is made using whole almonds, which includes the skins, that are ground into a coarse texture.

Generally speaking, if a recipe calls for almond flour, it is likely referring to blanched, finely ground almond flour.

To be completely honest with you, I had a few spectacular disasters when I first started baking with almond flour.

The texture was wrong…it was too brown on top and undercooked in the middle…I could go on and on.

However, with a little trial and error, I learned how to bake with almond flour. And I want to share what I learned with you!

Almond flour is not a substitute for traditional wheat flour in recipes. Paleo baking is a science, and you cannot make a traditional recipe into a Paleo recipe by simply using almond flour.

It is always best to bake recipes that were created for almond flour without trying to figure out how to best substitute it.

But the great thing about almond flour is that there are so many recipes that use it, you probably won’t have much difficulty finding ones that are a replacement for your favorite non-Paleo recipes.

Measuring by weight yields the best results. However, if you don’t have a food scale or if you prefer to use measuring cups, gently scoop the almond flour into the cup and use a knife to level off the excess.

Unless a recipe specifically states to used packed cups, you never want to fill your measuring cups as much as possible.

And if your almond flour contains a lot of lumps, it’s best to sift it before measuring it.

Grease your pans well. Almond flour has a tendency to stick more to pans than conventional flour.

And don’t forget to grease the corners very well, which are particularly susceptible to sticking.

Be careful not to overmix your batter. While gluten-free baking is a bit more forgiving to over-mixing as compared to baking with traditional flour, you still need to make sure you don’t mix the batter too much.

Over-mixing almond flour causes it to release its natural oils, which can cause your finished baked goods to be wet and oily.

A good rule of thumb is to stop mixing as soon as the ingredients are fully incorporated into the batter.

Start checking your baked goods about halfway through the cooking time. Almond flour has a tendency to brown more quickly than traditional flour.

This is why you might think your baked goods are cooked but turn out to be raw or undercooked in the middle.

If your baked goods start browning too quickly, simply put some aluminum foil over the pan to help slow down the browning.

Let your baked goods cool completely. I know it’s tempting to dig into your hot baked goods fresh out of the oven, but you must resist the temptation.

If you dig in too soon, you’ll be disappointed. Cakes and quick breads will fall apart when you cut them. Crackers, cookies and pie crusts will be a soggy mess.

Don’t worry, they will crisp up when cooled and your cakes will hold together when sliced.

And if this Paleo Lemon Poppy Seed Loaf Recipe has you hungry for more almond flour recipes, then you must try my Paleo Apple Cinnamon Coffee Cake, Paleo Champagne Celebration Cupcakes, or my Paleo Banana Bread Recipe immediately.

Slightly sweet and with a burst of tangy lemon flavor, this Paleo lemon poppy seed loaf is sure to be a hit with your entire family.

For the lemon glaze: