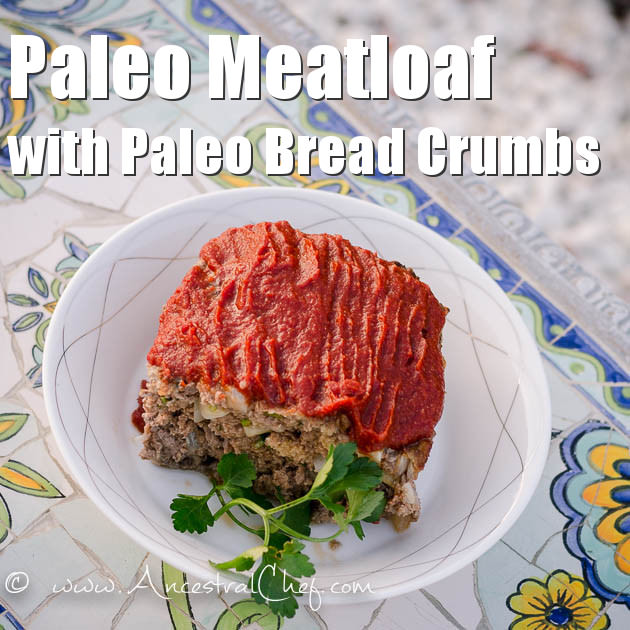 I started off by making one serving of my microwave Paleo bread (recipe here). I used coconut flour instead of chia bran (which is why it has a yellow color). After it had cooled for a few minutes, I broke the bread up into small pieces, placed them onto a baking tray and toasted them in the oven for 5-10 minutes. 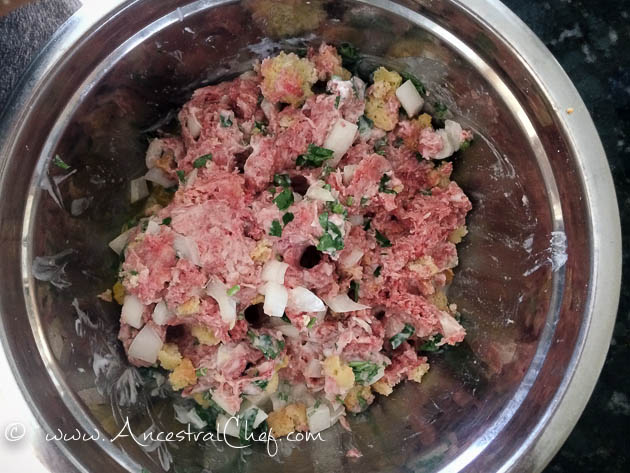 Next, I worked on the meat mixture (which was just dumping all the ingredients into a large mixing bowl and mixing it all together well!). I like to use a combination of ground beef and pork in my meatloaf, but you’re welcome to use just beef or just pork if you prefer that.

I greased a loaf pan (9in by 5in) with coconut oil, and then placed the meatloaf mixture into the greased loaf pan. I slathered some of my Paleo ketchup over the top of the meatloaf and baked it for an hour.

I’m quite paranoid about ensuring my meat is cooked thoroughly, so I highly suggest using a meat thermometer to check that the center of your Paleo meatloaf is done (160F). 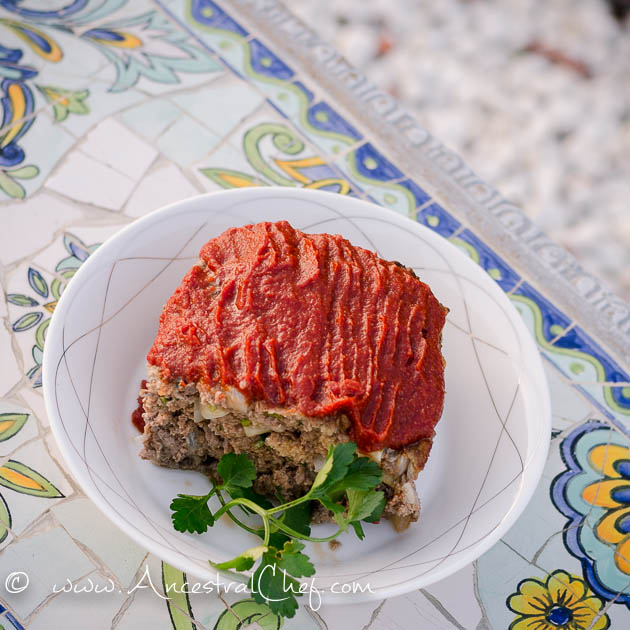 After the Paleo meatloaf is done, cut it into 1-inch thick slices, remove each slice carefully from the loaf pan, and serve with extra Paleo ketchup if needed.