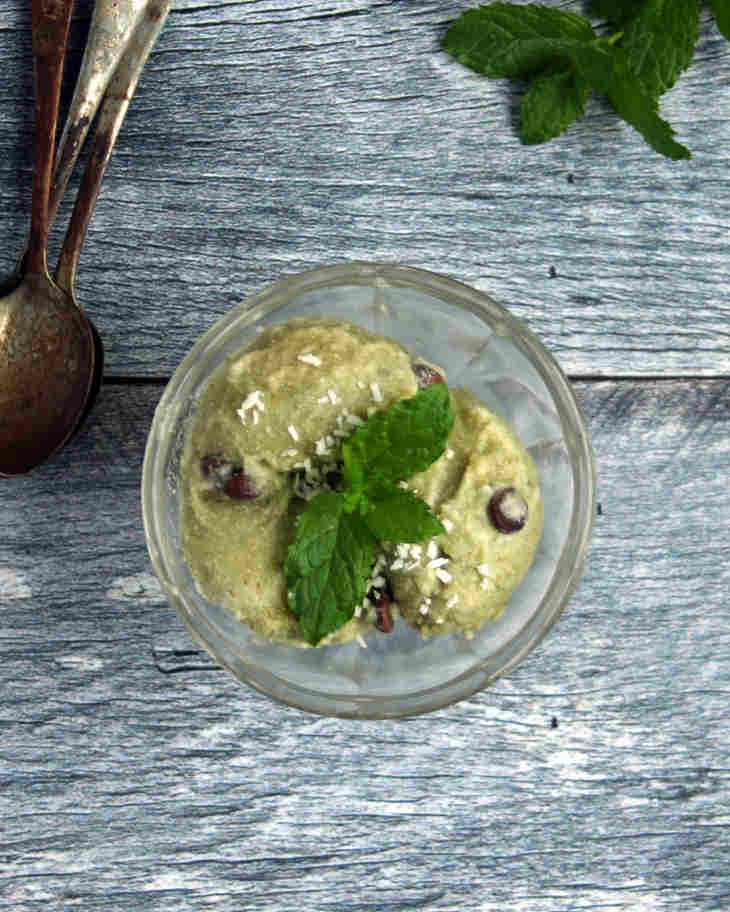 It’s summertime, and it’s hot. Nothing would hit the spot more than some ice cream. But you know the dairy down the corner is far from paleo. What to do?

You’re in luck because this paleo mint chocolate chip ice cream recipe will cool you right off with its refreshing burst of cool mint.

If you’re new to the DIY ice cream scene, have no fear. I will help you take some of the guesswork out of making that perfect bowl that dreams are made of.

First, use full-fat coconut milk. You don’t want a watered down light or reduced fat version because that will ruin the texture. Too much water in the milk will create ice chips. The full-fat version, on the other hand, will make the end product nice and creamy.

You’ll also want to make sure your bowl is frozen before you start the ice cream making process. Keep it in your freezer for an entire day before making your ice cream. If the bowl isn’t chilled enough, you could end up with the dreaded ice crystals.

Make sure you don’t go overboard and try to pack more liquid into your machine than it can handle. Make this mistake and you’ll get a milkshake running down the sides of your machine making a giant mess. Ask me how I know.

Learn from my mistake and stop at two-thirds full. Sometimes less really is more.

Make sure you add ingredients at the right time. For this mint chocolate chip flavor, you’ll wait until the very end to add the dark chocolate.

Also, make sure you chop up the chocolate into appropriately sized pieces. Remember, that chocolate is going to get pretty hard as it freezes, and you don’t want to compromise a tooth!

Finally, make sure you eat your delicious paleo treat in a timely fashion. Unlike the store-bought stuff, homemade ice cream wasn’t designed to sit in your freezer for weeks on end.

Make ice cream when friends are coming over so you’ll know it won’t go to waste. You also won’t be tempted to plow through all eight servings yourself!

If mint chocolate chip isn’t your thing, don’t despair. Many other paleo and primal folks have done the grueling legwork of testing out different flavor combos.

Check out this list of the top paleo ice cream recipes. Many of them are dairy-free, although I did include some dairy recipes too. If you’re sensitive to dairy make sure you double-check the ingredient list before you get churning! 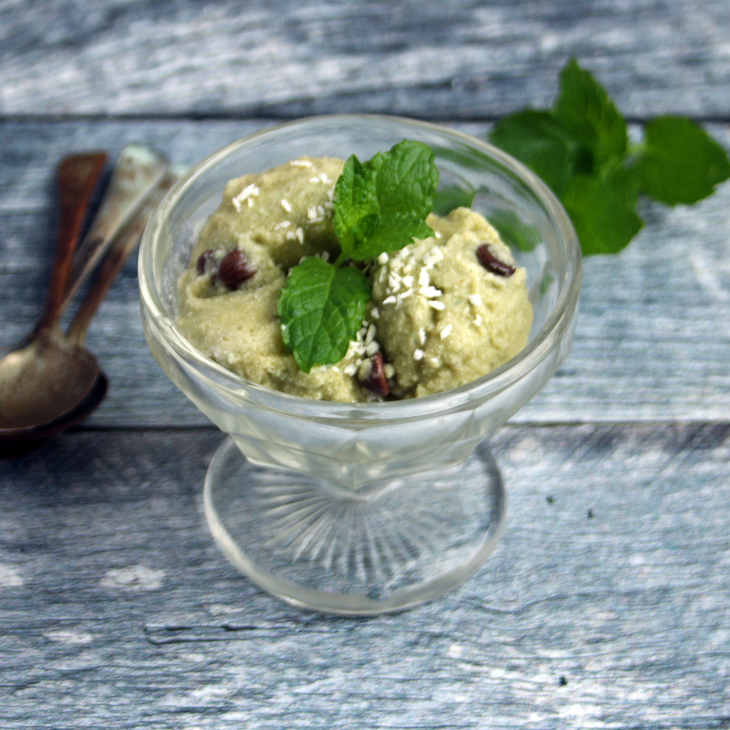