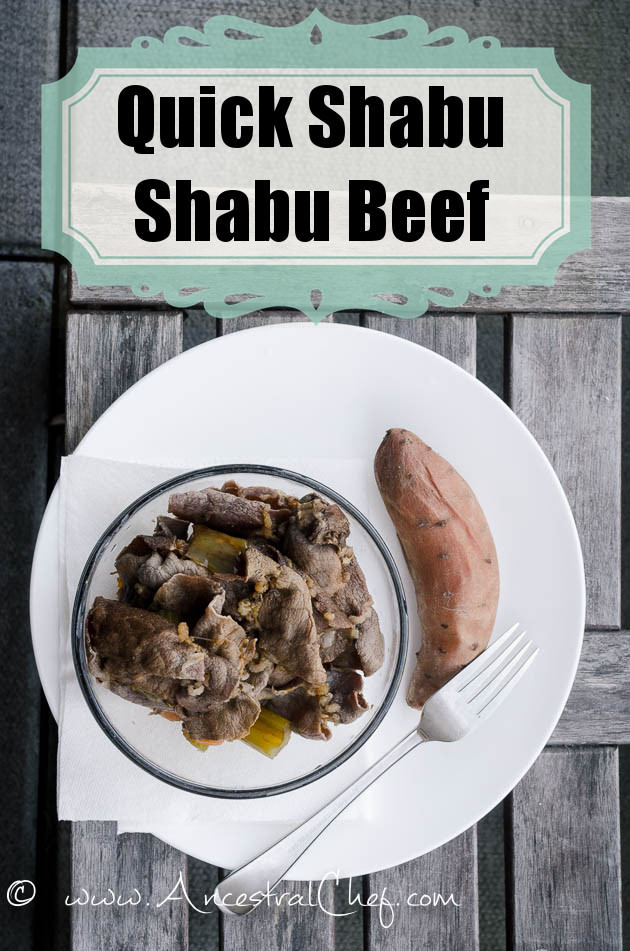 I’m a big fan of Shabu Shabu – it’s basically boiling thin slices of meat in a pot of broth and then eating it with a sauce (often made from soy sauce, garlic, peppers). There are variations on shabu shabu as well – in Chinese cuisine, this is often called hot pot. And in French cuisine, fondue is a version of this.

A ton of restaurants serve this type of cuisine, and they’re pretty paleo! I often go to shabu shabu and ask for no broth (because I can’t be sure what they put into the broth most times) with thin slices of beef, lamb, and vegetables. If you’re worried about soy sauce, then take your own gluten free tamari sauce to the restaurant (that’s what I do!).

So, this recipe is all about making a super quick shabu shabu beef dinner at home. Because the meat is thinly sliced, it cooks really fast! 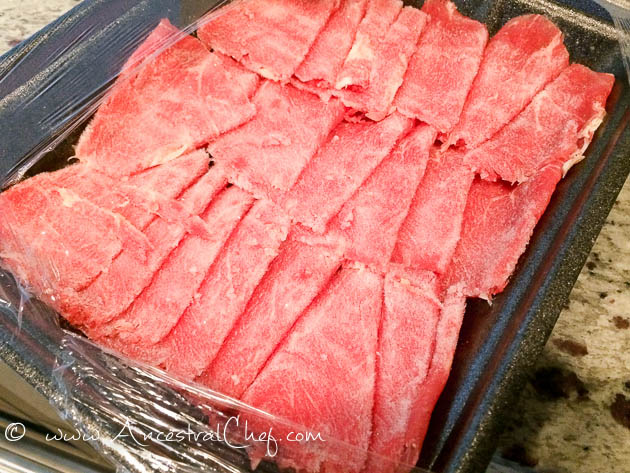 You can purchase thinly sliced shabu shabu beef in various Asian supermarkets (they can be fresh or frozen). You can also cut your own – just buy boneless shortrib or a roast, then freeze the meat for a few hours so it’s solid but not rock solid, and use a really sharp chef’s knife to carefully shave slices off.

Then just drop the beef slices and any sliced vegetables you want into boiling broth (I used bone broth, but you can use chicken broth or even just plain water). The beef cooks super fast so dinner will be done in just a few minutes! 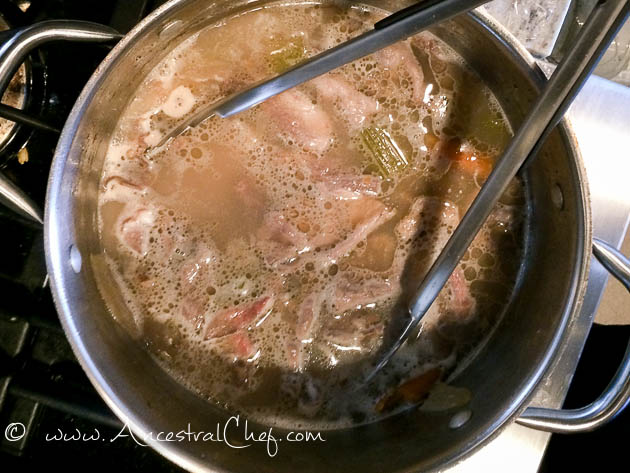 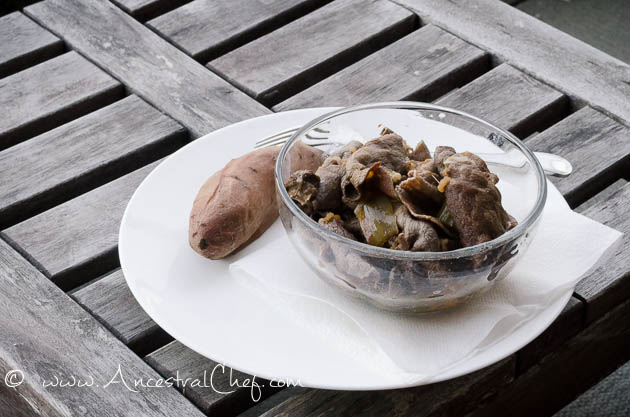