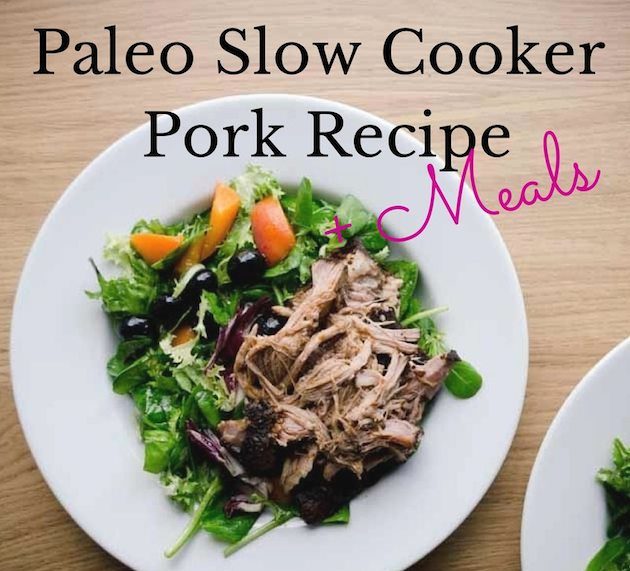 I’m a huge fan of cooking in bulk, and I’ve written about my 3 step system to ensuring you always have Paleo food available (that post is here).

So, in this post, I wanted to give you a quick and delicious example of how to cook 3 meals super fast using slow cooker pork + 3 other easy meals to add some variation (so, lunch and dinner for 3-4 days or dinner for a whole week)!

Prep: Cook some pork in the slow cooker

I went ahead and made an easier version of George and Juli’s paleo slow cooker pork recipe from The Paleo Kitchen cookbook (btw, we’re giving away a copy of this book tomorrow!).

I didn’t want to buy a ton of different spices since I’m only here in Edinburgh for just over one more month, so instead of using all the spices listed in the recipe, I bought some pre-made cajun seasoning (yes, I dutifully checked the ingredients and it was all good!). Or if you’d like to make your own – here’s my recipe for cajun seasoning. 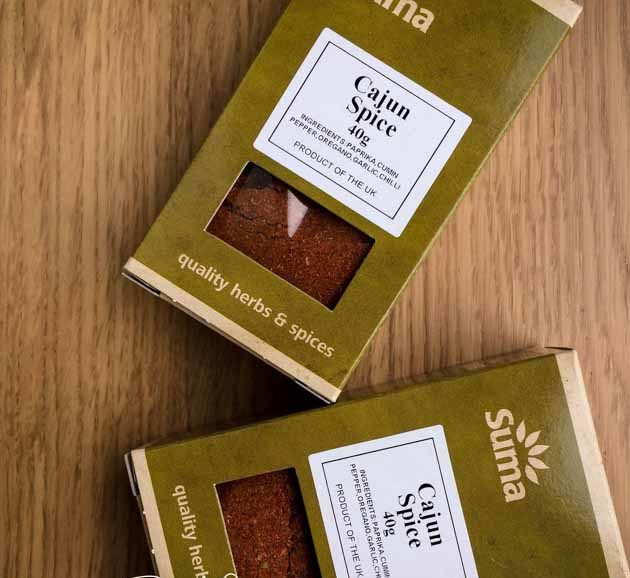 I used 80g of cajun seasoning (which is around 3oz or 1/2 to 3/4 cup), which I rubbed all over 4 lb of pork shoulder (I used boneless). This was pretty much all I could fit into my slow cooker, and you may need to chop your pork shoulder up slightly to get it to fit if you have a smaller slow cooker. Then I added 1/2 cup of water to the bottom of the slow cooker and set it for 10 hours (overnight) on low. Full recipe is below. 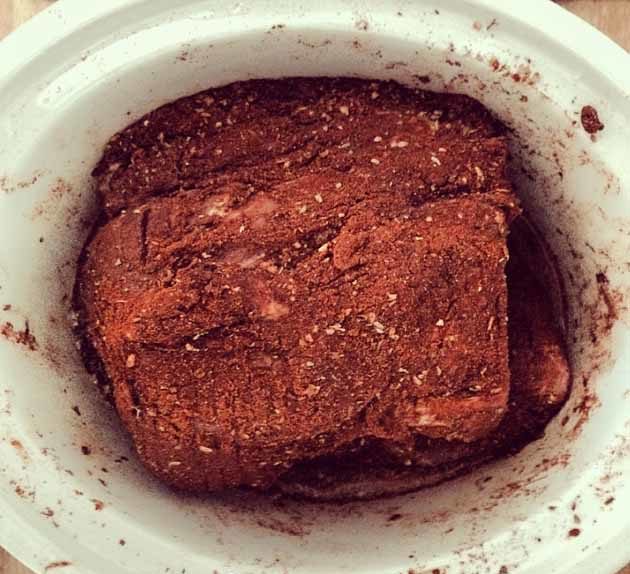 Salads: make a quick salad with the shredded pork 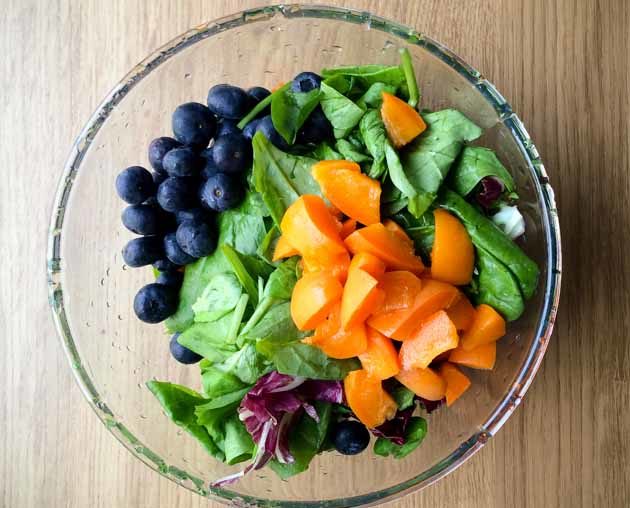 I went with some salad greens, 2 apricots, and 2 handfuls of blueberries, and for the dressing, I used olive oil and balsamic vinegar (I used a nice raspberry balsamic vinegar). Then I topped it with some of the slow cooker pork (shredded). 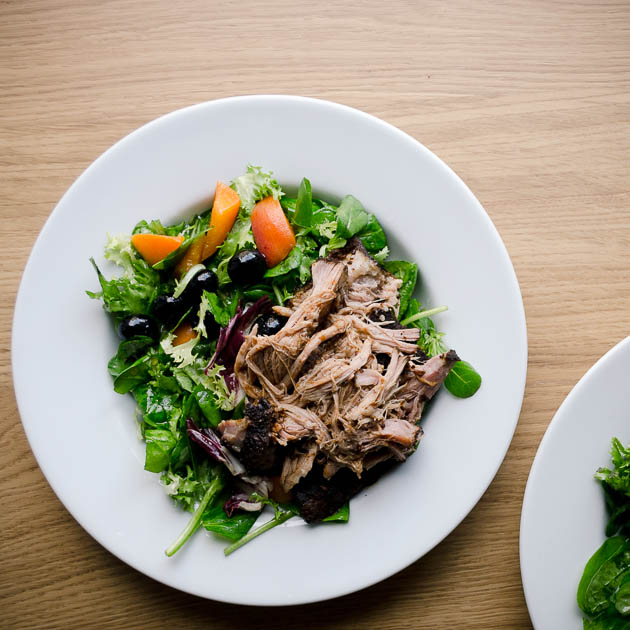 If you don’t want to have pork again the same day, then go for something else. I also had some steaks in the fridge that I needed to cook, so we had steak with roasted vegetables. I cooked all 4 steaks at the same time and stored two for the next day (I sliced them up and made a quick paleo fajita dish with them – recipe here). 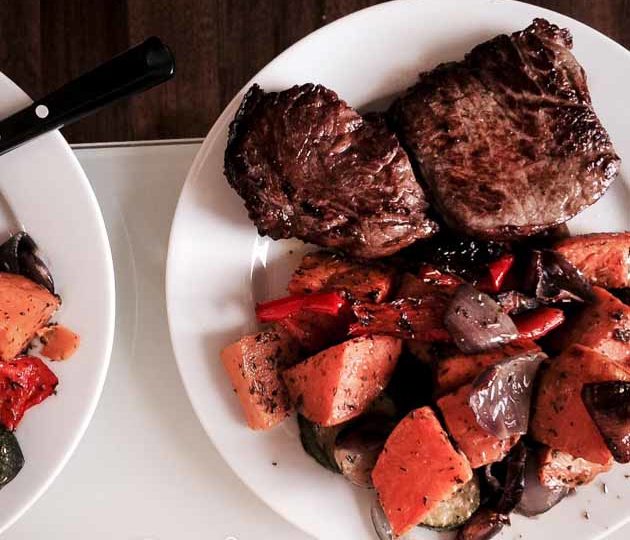 Sautes: make a quick saute with the shredded pork

I had some bell peppers and canned diced tomatoes, so I did a quick saute using the shredded slow cooker pork with the bell peppers, tomatoes, and threw in some fresh garlic as well (see full recipe here – my website won’t let me put two recipes on the same page, so I had to put this one on a different post). It tasted great with the cajun spices from the slow cooker pork. 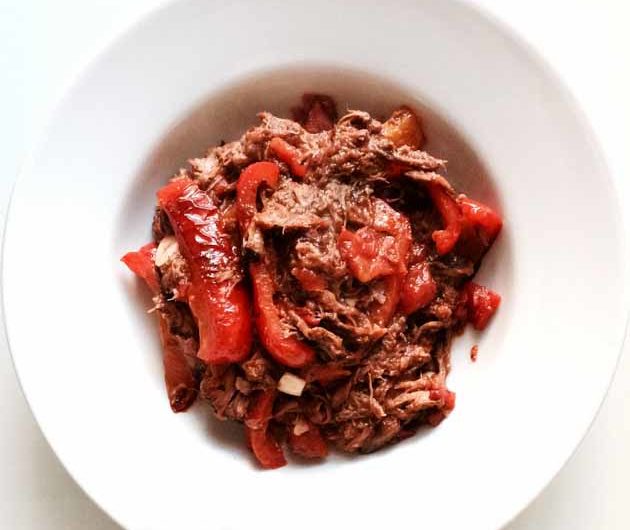 This was so good, we made it twice (yes, 4 lb of pork lasted us only 3 meals because it was so tasty!).

I also like to have some fish every week, so to add in some more variation with the pork and the steak during the week, we had smoked salmon salads twice. Baked sweet potatoes or white potatoes also featured as sides for some of the meals (simple!).