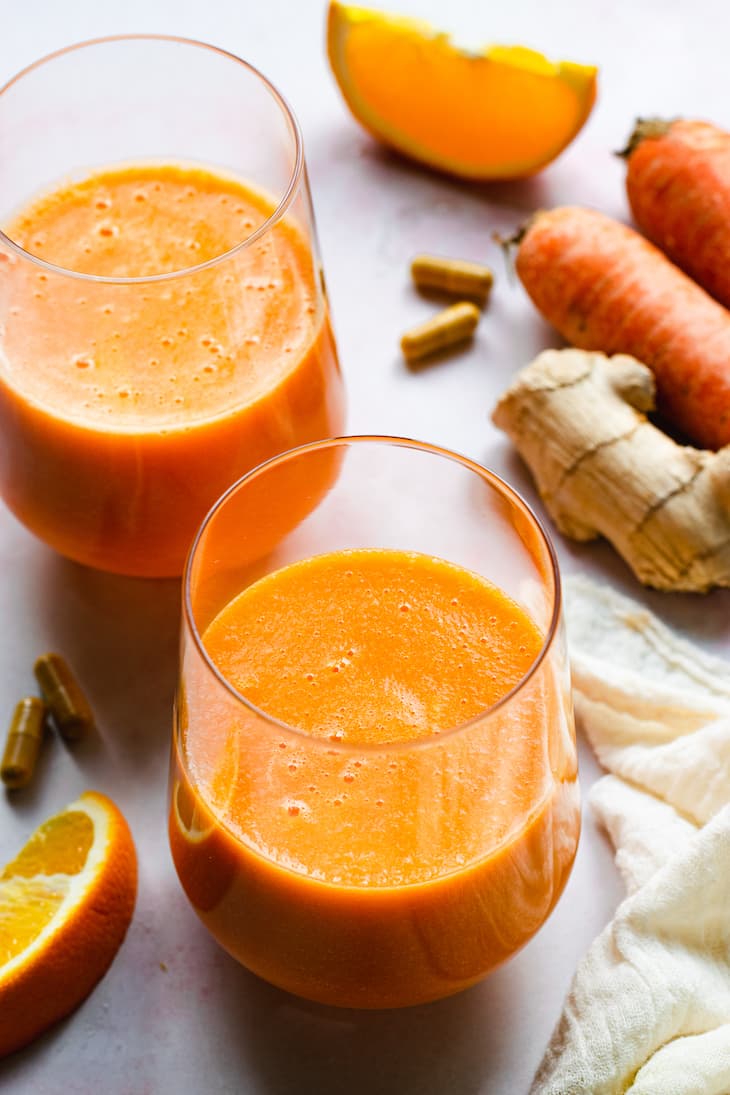 This recipe for Paleo Sunshine Smoothie tastes like summer in a glass. I enjoy this smoothie especially in the winter months when persimmons are in season, but it’s also incredibly delicious in the summer using any of your favorite apples.

And if you enjoy really thick smoothies, just add a couple of ice cubes to your blender and you’ll have a smoothie so thick that you’ll have to practically use a spoon to enjoy!

I had been using store-bought almond milk for years due to my sensitivities to dairy. And I always thought that it was a pretty good replacement for milk in smoothies and in cereal.

But then I finally made my own, and I realized I had been settling for second rate almond milk for so many years.

Homemade almond milk is so much richer and creamier than store-bought. And you can control what you put into it with no funky ingredients like store-bought almond milk.

You just need two ingredients, and you are on your way to making the best almond milk you’ve ever had. And here’s how to make it:

You should store your homemade almond milk in an airtight container in the refrigerator for 3 to 5 days. Just give it a little shake, and it’s ready to use!

Other Smoothie Recipes That Use Almond Milk

Of course, store-bought almond milk is good if you are in a hurry, but it’s really worth making your own almond milk. Trust me, you’ll never go back!